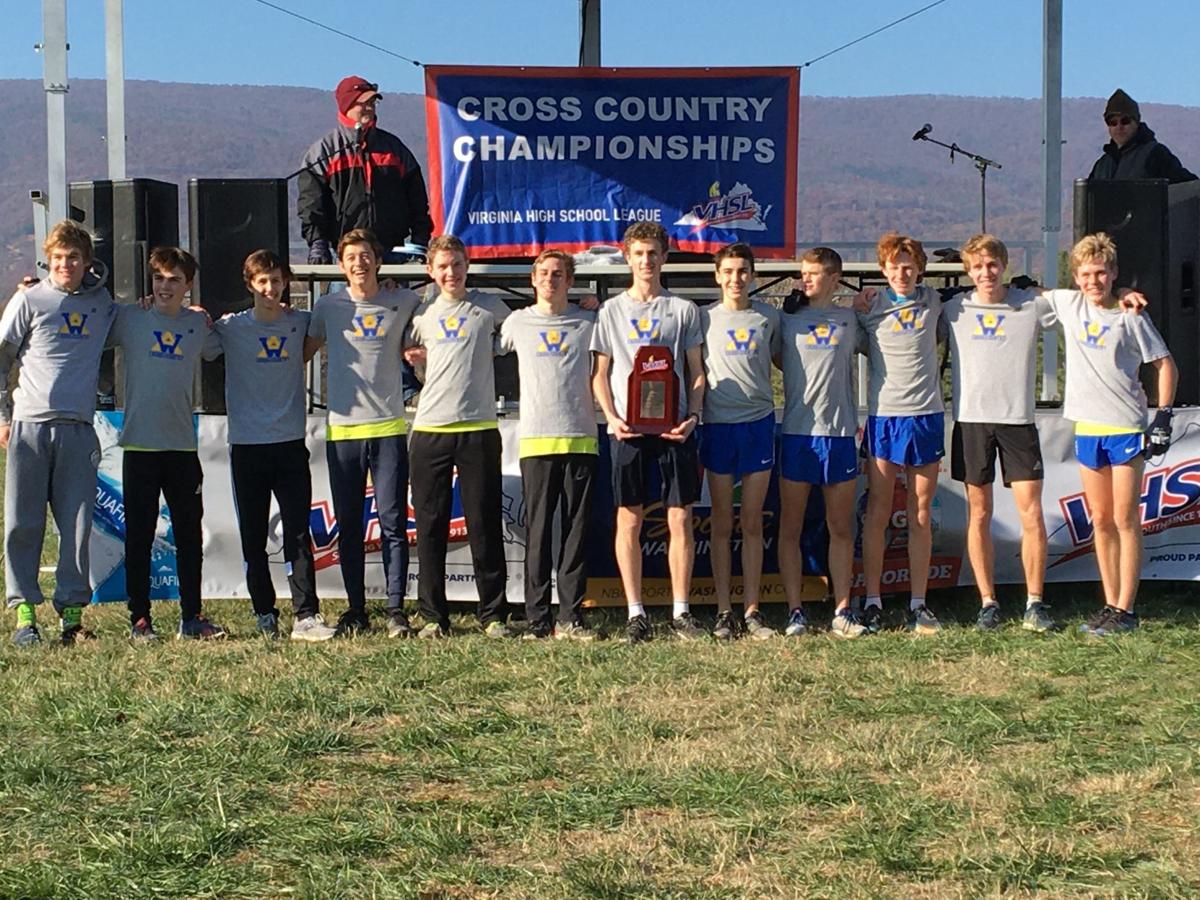 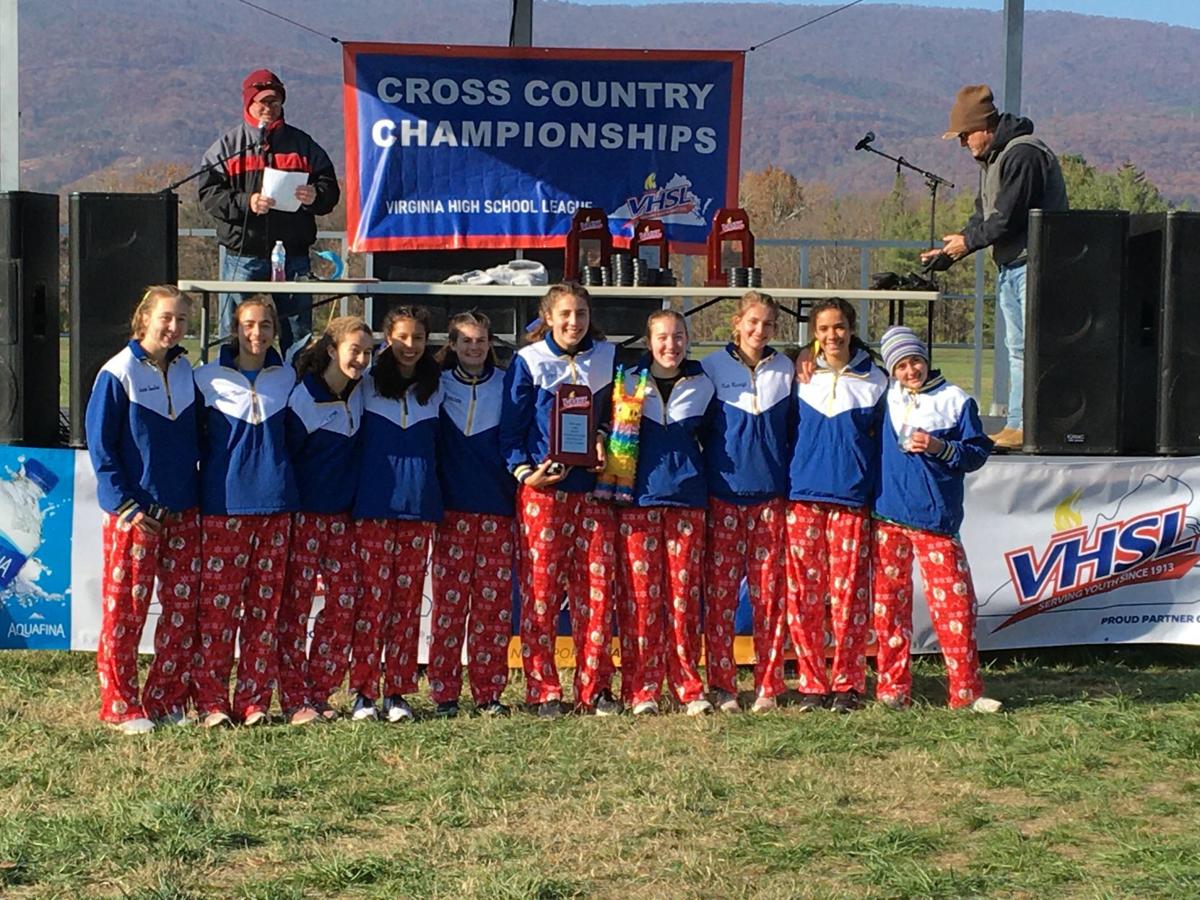 After earning runner-up honors last fall, the senior went to the front early and never looked back as he posted a time of 15 minute, 15 seconds to join Gannon Willcutts and current teammate Joe Hawkes as Western Albemarle’s third state cross country state champion.

“I’m just happy I helped this team get in a better position each and every year,” Eliason said. “Obviously, having a great time is awesome, but the most important thing is leaving the team in a better position than I came in. They can look up to me as a person that follows this type of philosophy. It’s the team, not the individual. Although I’ve ran great times, it’s all about the team and that’s the reason we come out here.”

Western Albemarle (15 points) posted a perfect score to tie Loudoun Valley’s mark for lowest score at the state meet set back in 2017. Christiansburg (80) finished second, ahead of Maggie Walker (130) in the race for the team title. The win gives the Warriors four state titles in the past five years and mark’s the program’s sixth overall.

Hawkes, the 2018 Class 3 state champion, finished second with a time of 15:27, just ahead of fellow senior Stuart Terrill (15:39) to give the Warriors the top 3 finishers. Juniors Joseph Taylor (15:56) Thomas Kallen (15:56), finished fifth and sixth respectively, followed by Owen Shifflett (16:12) to give Western Albemarle six runners on the all-state team. Will Bonner (17:26) placed 58th in his final meet.

“We felt great as a team. I’m just super happy about our team’s effort,” Eliason said. “Being a state champion is great, but the most important thing is winning as a team. That’s the most important thing to me. I’m just so happy I can cap this off my senior year with our best state team performance ever. Man oh Man, all of these guy’s PR’d pretty much and it’s just awesome. The guys were just laying it on the line and I’m just so proud of the guys.”

“Each year, we always super stoked and excited for it,” Eliason said. “Just like it was our first time contending for a state championship, that’s how excited we are each year. All that matters are we’re going to bring the energy and commitment to each state championship every year.”

Stutzman (18:46) used a strong kick over the final 500 meters of the race to pass two runners to secure runner-up honors.

“That was amazing,” Stutzman said. “I didn’t see that coming at all. I knew that Heinen was up there and I knew there were two girls in front of me and I was like, it’s only two girls, I can get past them. I wasn’t thinking, I just went for it.”

Distance running success is nothing new for the Stutzman family. Her older brother Tyler was an all-state performer for the Warriors’ team and was named Virginia Gatorade Runner of the Year his senior season before running collegiately at Stanford.

“He’s been texting me all week,” Stutzman said. “He was also home last week and we just talked about just going for it, don’t worry about anything. I’m definitely going to go text him afterwards and tell him I did it.”

Saturday was the first time that Stutzman and her teammates had run the course at Green Hill Park, but they quickly adopted to their new surroundings.

“This course is so flat compared to the course to what we usually run on, that it was really great to get that experience and really go for it,” Stutzman said. “There was nothing that was going to possibly stop you from achieving what you wanted to achieve.”

Sterling Hull set a goal to run a sub-19-minute race at the state meet and the senior standout accomplished it and then some as she placed fourth with a time of 18:55. Junior Katie Radcliffe, who has been under the weather for the past several weeks, finished ninth in 19:14 to give the Warriors three all-state performers.

“I felt awesome through the whole race,” Stutzman said. “It was really great because I was with my teammates for more of the race and they really pushed me.”

Vailhe (17:03) finished 12th to lead the Mountaineers, just two spots ahead of Dyer (17:07) as both runners garnered all-state honors.