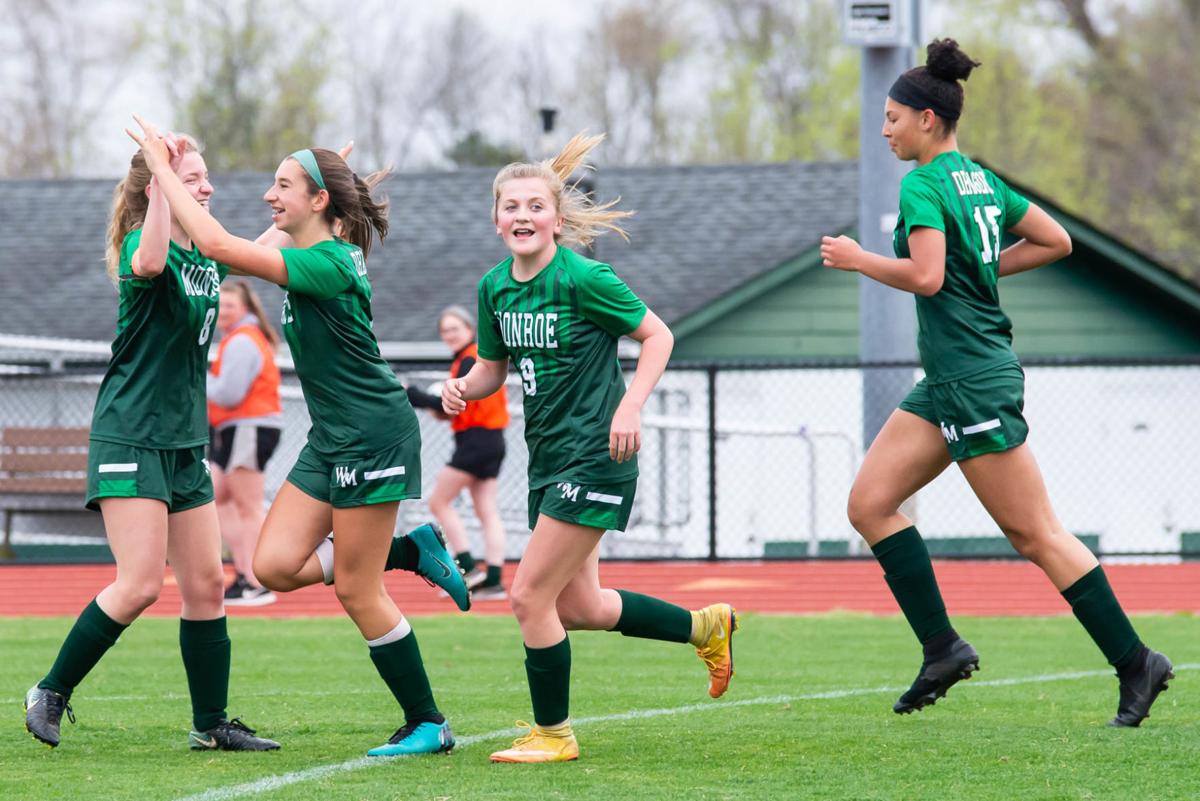 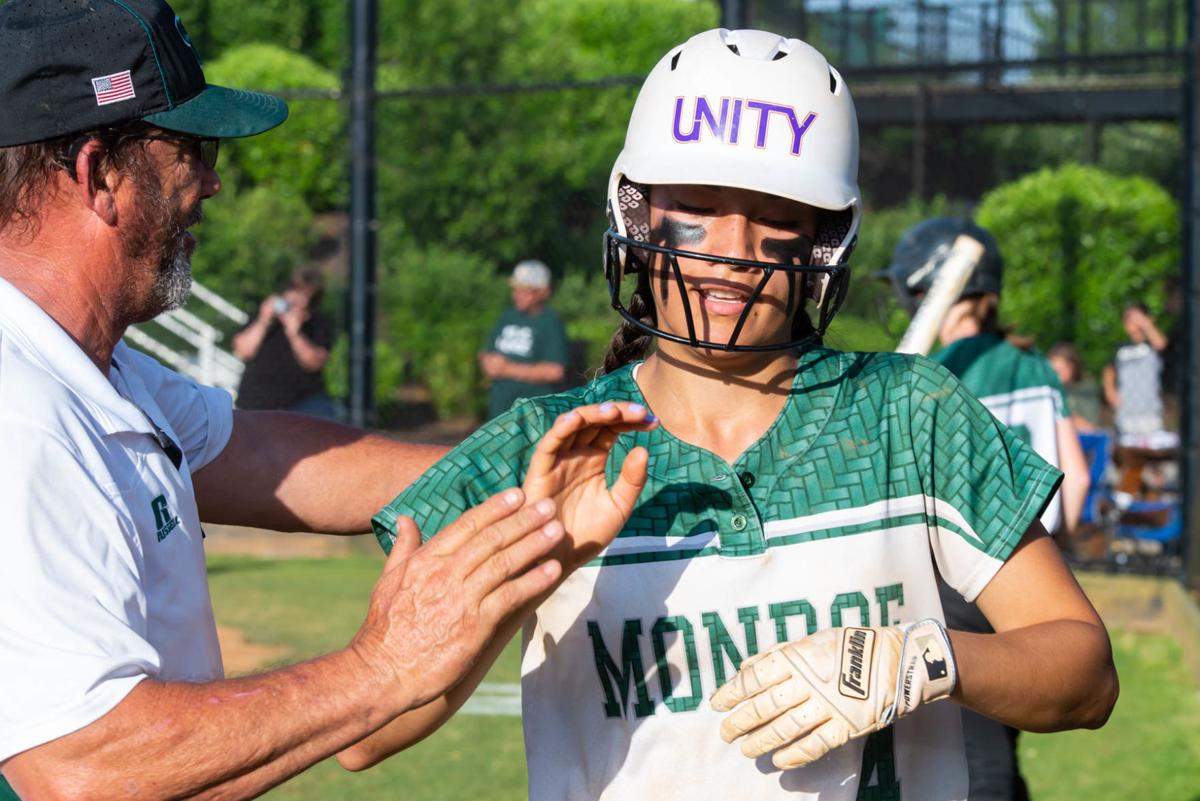 Jessica Ford, class of 2019, offers up a hand to softball head coach Greg Breeden during a game at William Monroe High School. 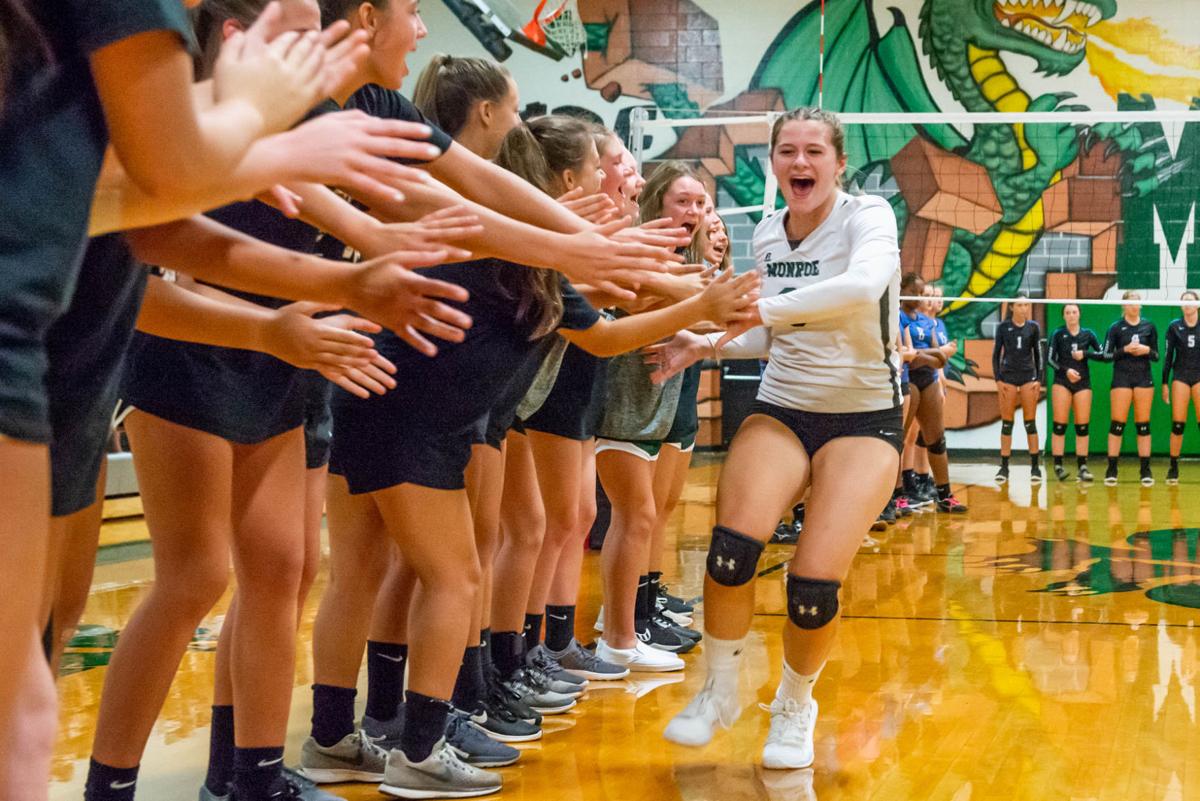 Morgan Lam, class of 2020, runs along a line of teammates prior to a volleyball game at William Monroe High School last fall. 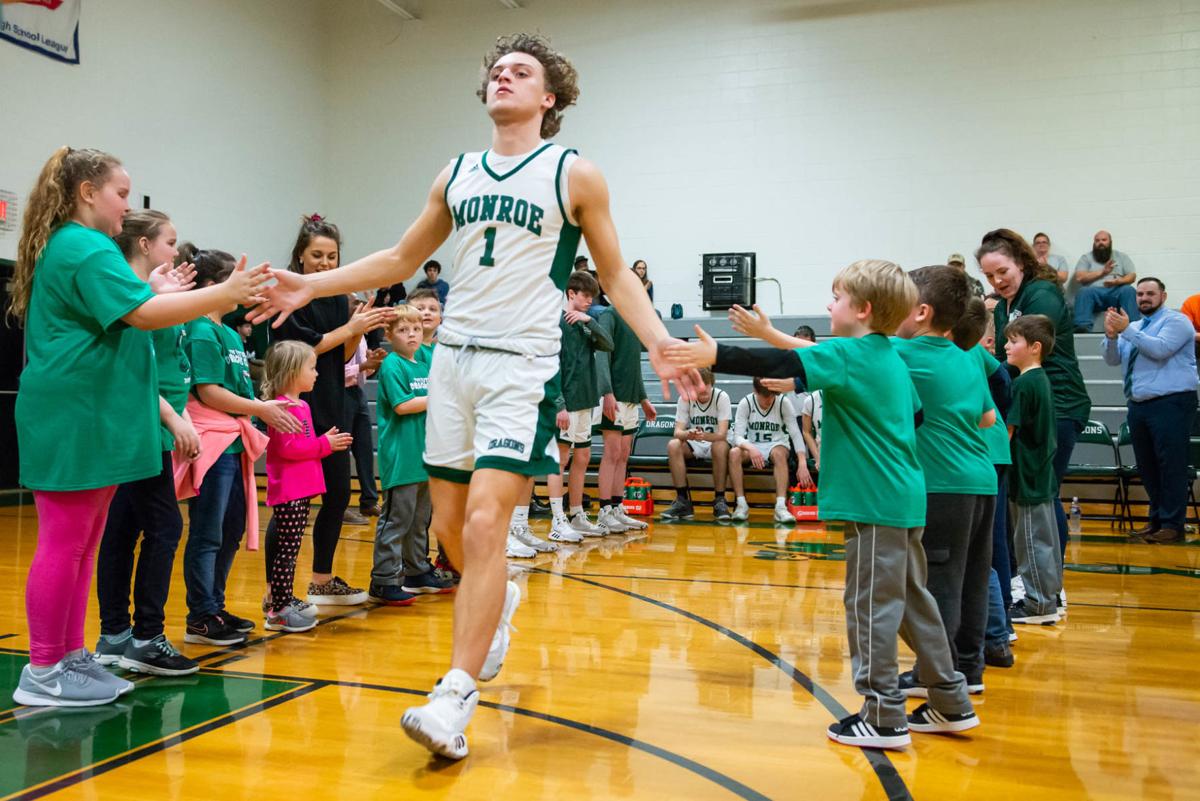 Jessica Ford, class of 2019, offers up a hand to softball head coach Greg Breeden during a game at William Monroe High School.

Morgan Lam, class of 2020, runs along a line of teammates prior to a volleyball game at William Monroe High School last fall.

There’s the windup and the pitch! With the swing of the batter and the crack of the bat, that ball is going, going, going and it’s gone! The runner slows to a jog and the entire bench jumps up out of the dugout to congratulate their teammate with high fives, one by one.

That is what we’d be seeing right now if our spring sports hadn’t been canceled due to coronavirus. Today, April 16, is National High Five Day, which was founded by University of Virginia students in 2002.

I remember watching that movie thinking it was such a cold world where they couldn’t/didn’t touch each other, yet here we are.

So, where did the high five begin?

According to ESPN’s “The High Five”—one of their “30 for 30” short films—it’s widely recognized it started with baseball. We’ve been shaking hands since at least the 9th century BC, according to a stone that depicts King Shalmaneser III of Assyria shaking hands with a Babylonian, the “National Geographic” reports. But it wasn’t until 1977 that we started greeting with the high five.

The Oxford English Dictionary added the word in 1981.

Studies have shown we spread fewer germs in a high five than we do in a handshake, but with a quick-spreading virus have we seen the last of the high five, the handshake and the fist bump? Can you imagine a youth soccer game without the “good game” medium fives each player gives to the other?

We are meant to embrace as humans. There have been psychological studies that show gestures like the high five enhance bonding among sports teammates. We know touch helps infants thrive. We gather a first impression from a solid handshake. In church we shake hands and tell each other to be well. While some things will change due to the virus, sincerely I hope it’s not shaking hands, high fives, low fives and all the others you can think of. Here are ones we thought of … if you have others film yourself doing them and send them in to news@greene-news.com and we’ll feature them in a gallery on the website.

Up High: this is what we’re celebrating today, reach your arm up over your head, open your hand and slap the hand of the other person doing the same.

Down Low: With the low five you hold your arm at a right angle in front of you while the other person slaps it from above. (If your immediate thought is “too slow” you’re either a dad or had one punk you with this game as a child.)

The Fist Bump: This variation made headlines after U.S. President Barack Obama fist bumped the First Lady. Instead of palm slapping, you create a fist and bump the other person.

The Self Five: Sometimes you do something amazing and no one is around to congratulate you so you lift up both your arms above your head and give yourself a high five. No one will judge.

The Animal High Five: Yes, I’ve taught my border collie/blue heeler dog to give me a high five. Go ahead, judge me.