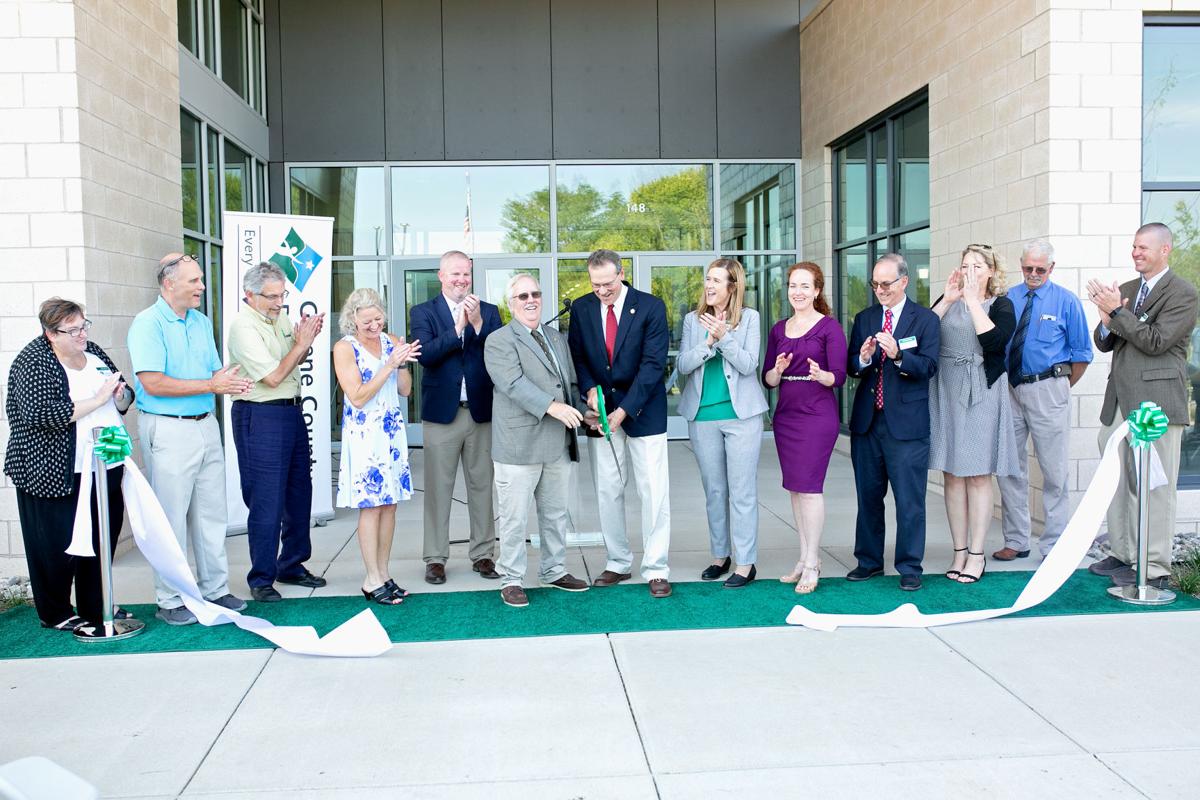 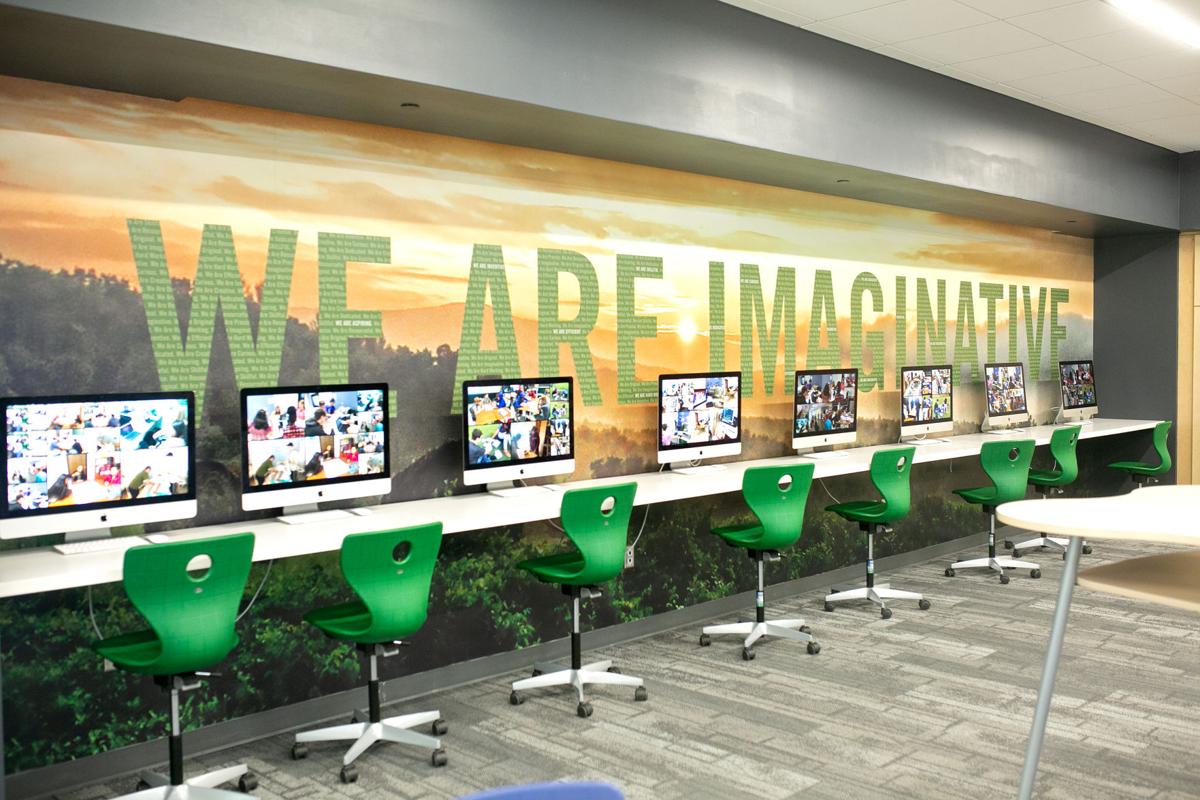 Greene County had its first chance to see the renovations to William Monroe High and Middle schools at a dedication and ribbon cutting last Sunday. The $28 million renovation to the schools and both the Stanardsville and Ruckersville campuses kicked off May 2018 after years-long discussions and a facility study.

“First, I would like to thank all the citizens of Greene County for doing the right thing for today’s students, as well as generation of students to come our students are our future,” said Dr. Andrea Whitmarsh, superintendent of Greene County Public Schools. “Just a brief reminder, the journey that we’re on began in late 2014 when citizens came together to examine the facilities needs and they wisely recommended strategic, comprehensive long-range plan.”

The first phase of the plan was authorized by the Greene County Board of Supervisors and included new cafeterias and media centers at both schools, additional parking on the Stanardsville and Ruckersville campuses, traffic reconfiguration on the Stanardsville campus to improve safety and moving the main entrance of the middle school to front Monroe Drive.

Daniel said when the board began looking at renovations it said it wanted to the facilities to reflect on the outside what takes place inside, and he felt the renovations did just that.

“We are standing in state-of-the-art facilities that benefit our children as they seek a strong education to make them as competitive as possible as they prepare themselves for their future,” said Board of Supervisors Chair Bill Martin, Stanardsville. “Much of the planning by Dr. Whitmarsh, Mr. (Bryan) Huber, and school administration put into this new space was to delay the need and the cost to build another school. In my mind, I consider this phase two of the new school infrastructure over the past decade. The first phase, in my mind, was the new sports complex that was built a few years back. Once a point of contention with some of our community, our sports complex is now a powerful symbol of pride.”

Martin said the price tag concerned him initially but heard no negative comments from the community.

Whitmarsh noted additional flexible common spaces at both schools have added spaces for collaboration and the broadcast studio, digital media lab, fabrication lab have allowed for creativity from the students. She said these renovations are the first spaces specifically designed for a 21st century education.

“Thanks to the generous donation by Mrs. Ethyle Cole Giuseppe, who turned 101 on Friday, we now have Cole Commons outside,” Whitmarsh said. “Students can enjoy lunch outside on picnic tables and the area is wired for sound. We even have the ability to have movies under the stars. Thank you, Mrs. Giuseppe for having such a warm heart and generous spirit. The children of Greene County have better opportunities through all your donations.”

Several students were on hand for the dedication.

“I feel like it’s given us a lot more opportunities to express ourselves in our work with the magazine and yearbook and letting students shine in the recording studio,” said senior Camden Ward.

Iyanna Carey, a junior, said she really likes the recording studio, too.

“There are a lot of people in our school who make music and I had no idea,” she said. “They go in there and make beats and you see just see the talent.”

Carey said even though the construction lasted through all last school year, she said the school did a good job of keeping it separate from the students and the teachers did a good job making sure it didn’t interfere with learning.

Bryan Huber, assistant superintendent, served as the school division’s representative for the construction team for the facilities project for 16 months.

“A unique aspect of this project, in my mind, is that there was an immense amount of work happening all at the same time on a very condensed campus,” Huber said. “We did this project working on both the middle school and the high school and the site simultaneously. We began the project by installing our underground utilities all over the Stanardsville site, upgraded our water lines and sewer lines and stormwater management.”

Thomas Traber, also an eighth-grader, said he could see the improvements immediately.

“We had a cart rolling around last year for a library,” he said. “The old library was a lot smaller than this is. Now we have a whole nice space. This lets more clubs use the space and that’s wonderful.”