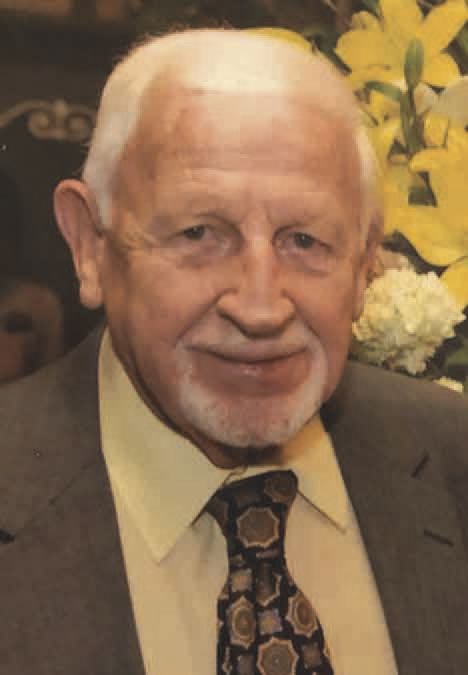 Melton Delma Haney, 95, a prominent Washington area real estate development executive and philanthropist, died on October 21, 2019, from aortic stenosis at Northridge Acute Hospice Care Center in Charlottesville, Va. He was born on September 1, 1924, to the late Claude Cleveland Haney and Clara Eliza Hale Haney. He was also preceded in death by his wife, Anna Muriel Blake Haney; brother, Floyd Haney; and sister, Loraina Collins. Most of his career was dedicated to commercial real estate development, including office, retail, and multifamily residential projects. He had also been engaged in many civic activities including PTA president, Civic Association President, and cubmaster. He was the Executive Vice President of Charles E. Smith Commercial Realty Co., which became a division of Vornado Realty Trust. He was a past president of the Building Owner and Managers of Metro Washington and had served as president of the Washington Chapter of the institute of Real Estate Mgt. and Property Mgt. Assoc. of Washington, D.C., Maryland, and Virginia. Melton had the distinction of being the first individual to serve as president of the areas three Professional Mgt. Associations. He was also a former Dale Carnegie instructor, a licensed real estate broker in Washington, D.C., Maryland, and was an insurance broker for Maryland and Washington, D.C. He was the recipient of the Property Mgr. of the year award in 1970. In recent years, his attention was turned to philanthropy. He started a number of scholarship grants for nurses, doctors, and high school students. He donated to Martha Jefferson Hospital where an outpatient facility bears his name, donated money for lung cancer research at University of Virginia, and made many donations to Hospice of the Piedmont. He is survived by his daughter, Joyce Haney Dittman and husband, Roger, of Burke, Va.; son, Garner "Bud" Stephen Haney and his wife, Lynn, of Springfield, Va.; grandchildren, Leslie Dittman Frederick and husband, Todd, of Great Falls, Va., Kimberly Lynn Haney and fiance', Nicholas Lozada, of Fredericksburg, Va., and Ross Michael Dittman and wife, Caroline, of Remington, Va.; and great-grandchildren, Brad, Kyle and Mark Frederick, Stephen, Taylor, and Connor Long, and Nathan Dittman. A memorial service will be held at 11 a.m. on Saturday, November 30, 2019, at Fairview Christian Church in Hood, Va. conducted by the Rev. Rob Nykamp. Burial will be held at Arlington National Cemetery at a later date. In lieu of flowers, the family would appreciate donations made to Hospice of the Piedmont, 675 Peter Jefferson Pkwy, Suite 300, Charlottesville, VA 22911.

To plant a tree in memory of Melton Haney as a living tribute, please visit Tribute Store.
+1
+1