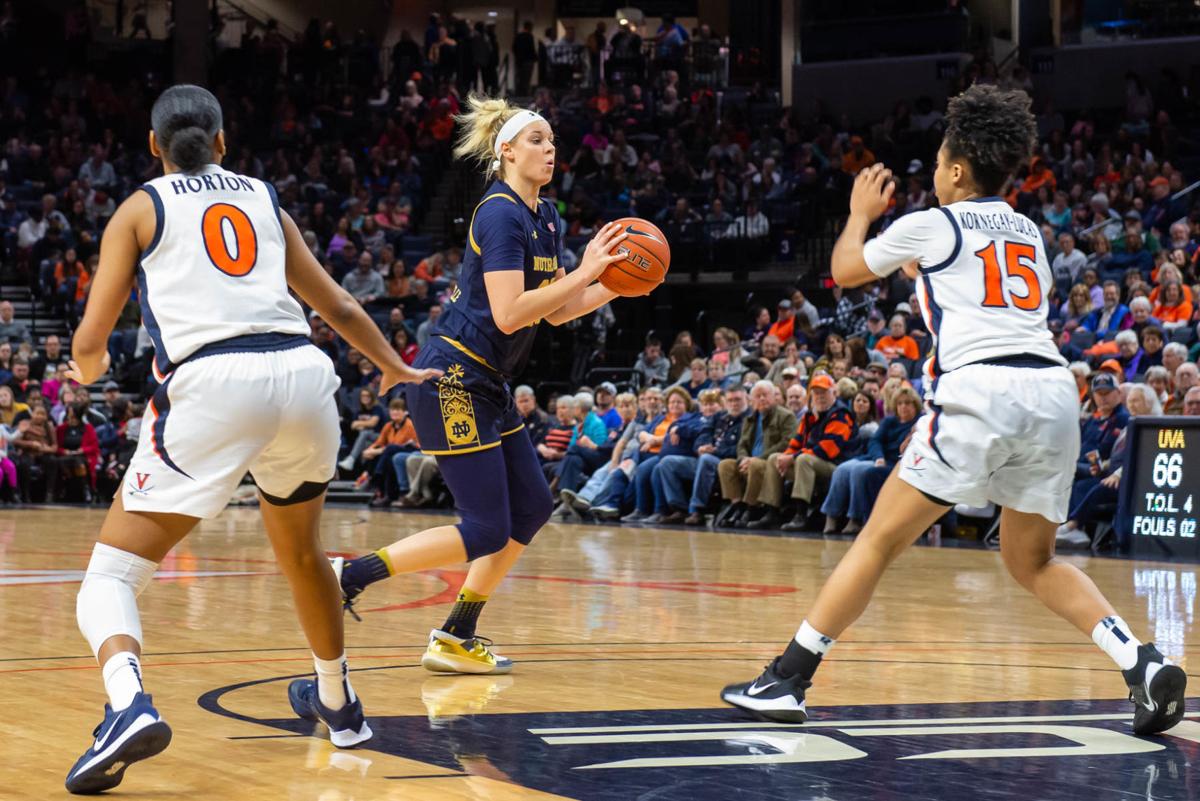 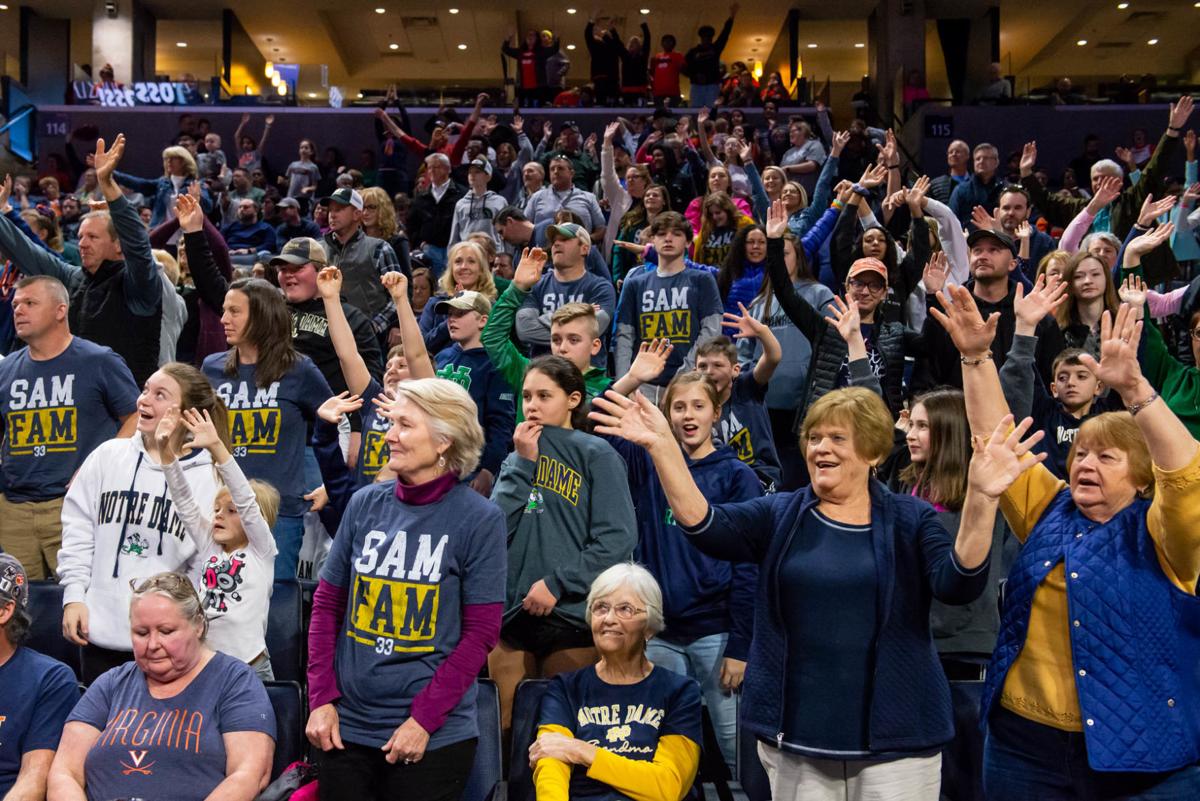 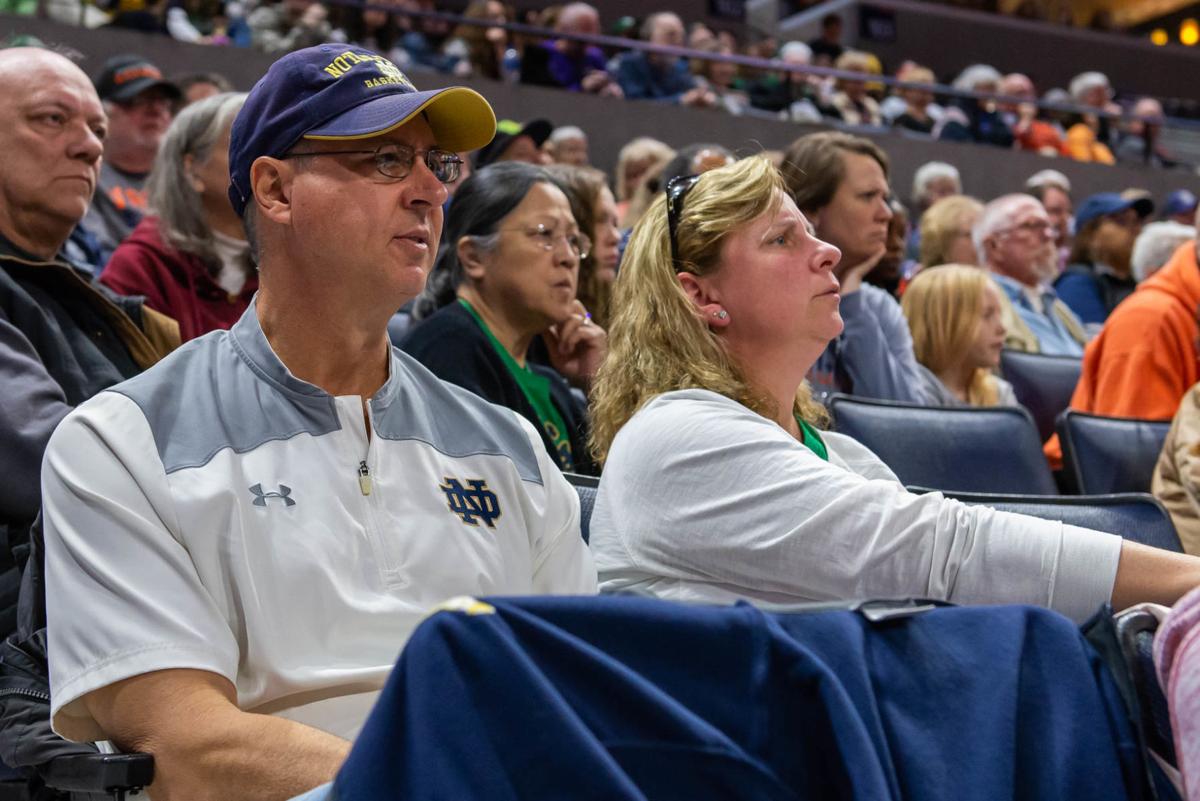 Rod and Katie Brunelle watch as their daughter takes on the Hoos for her Notre Dame team.

Rod and Katie Brunelle watch as their daughter takes on the Hoos for her Notre Dame team.

Former William Monroe High School star Sam Brunelle made the most of her first game back in Charlottesville.

Notre Dame coach Muffet McGraw admitted that college players struggle sometimes when they return home as the nerves sometimes get the best of them. McGraw didn’t have to worry about that with Brunelle.

“She handled it like she handles everything—extremely well,” McGraw said. “She’s an amazing person. She’s got a strong work ethic that gets her in the gym all the time. I worry because when kids go home sometimes, they really don’t play as well as they could because they feel a little bit of pressure. I thought she played well tonight. I thought she made some big shots. She’s always working and it’s great to see the community support for her, because she is so deserving of it.”

McGraw is pleased with the growth Brunelle has shown in her first season of college basketball.

Brunelle couldn’t be happier with the reception she received.

“It’s amazing to see people come and support me, even in an Irish jersey here at UVa,” Brunelle said. “They’ve always had my back and continued to love and support whatever decision [I make] or wherever I end up. It’s a once-a-year thing, so it was great to see everybody. I cannot thank them enough for that.”

The trip to Charlottesville also offered Brunelle a chance to show her hometown to her Notre Dame teammates.

“I’m so happy that I could bring my Irish family here, because they are the next biggest family I have,” Brunelle said. “For them to be able to come back to my hometown, see where I’m from, and just kind of see this is why I am the way I am. It was great to just have everybody with my family. It was just a great time.”

But after a 30-point loss on Sunday, Brunelle understands that there’s still work to do this season for both her and her team.

“We’re still finding our way,” Brunelle said. “We’ve had games where things have been just great and you can see the potential that we have. Then there’s games that, ‘Oh what happened there’, but we’re working hard and we’re trying to improve, learn and grow more each and every day.”