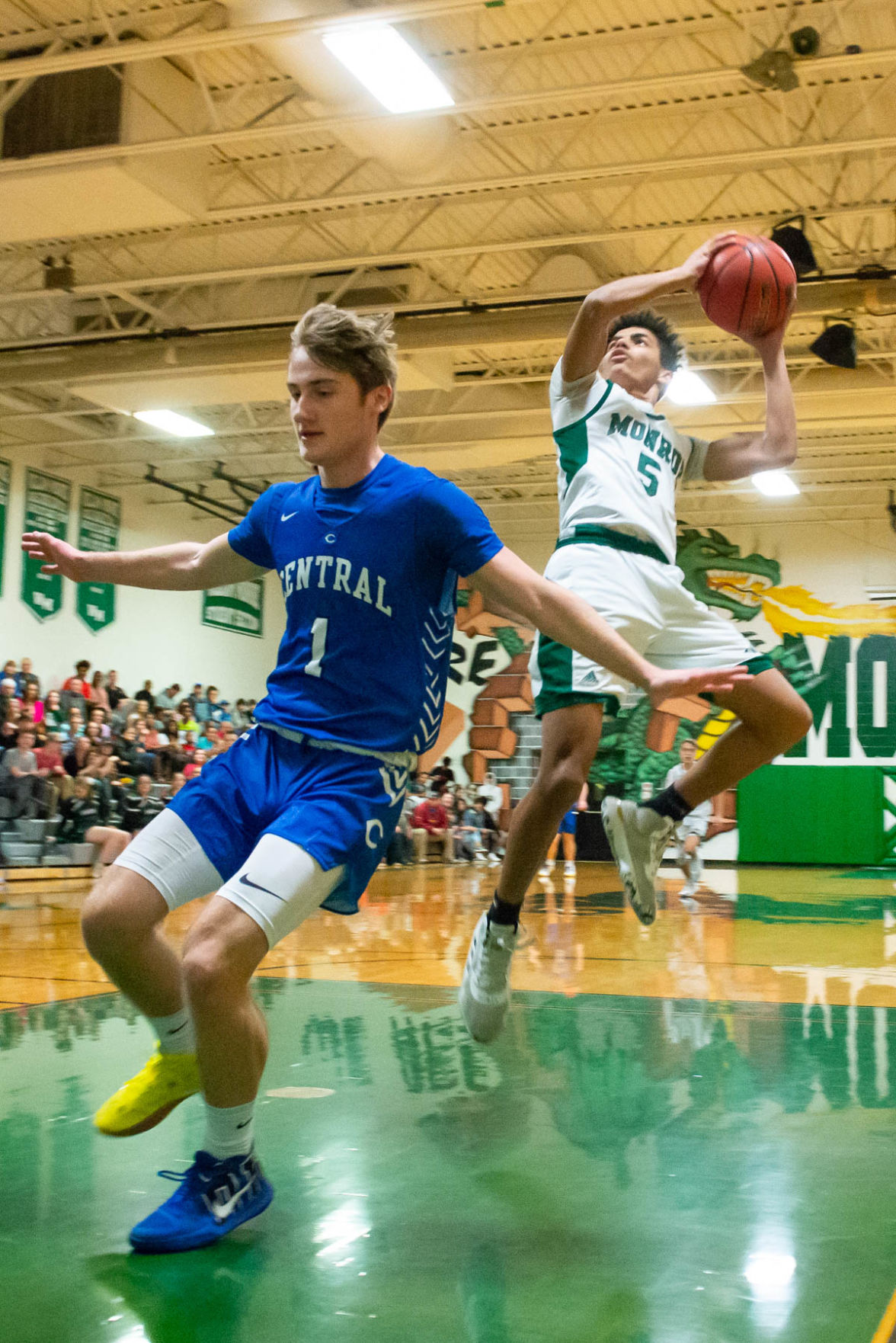 Troy Jones puts moves on the Central (Woodstock) defense to free up a shot. 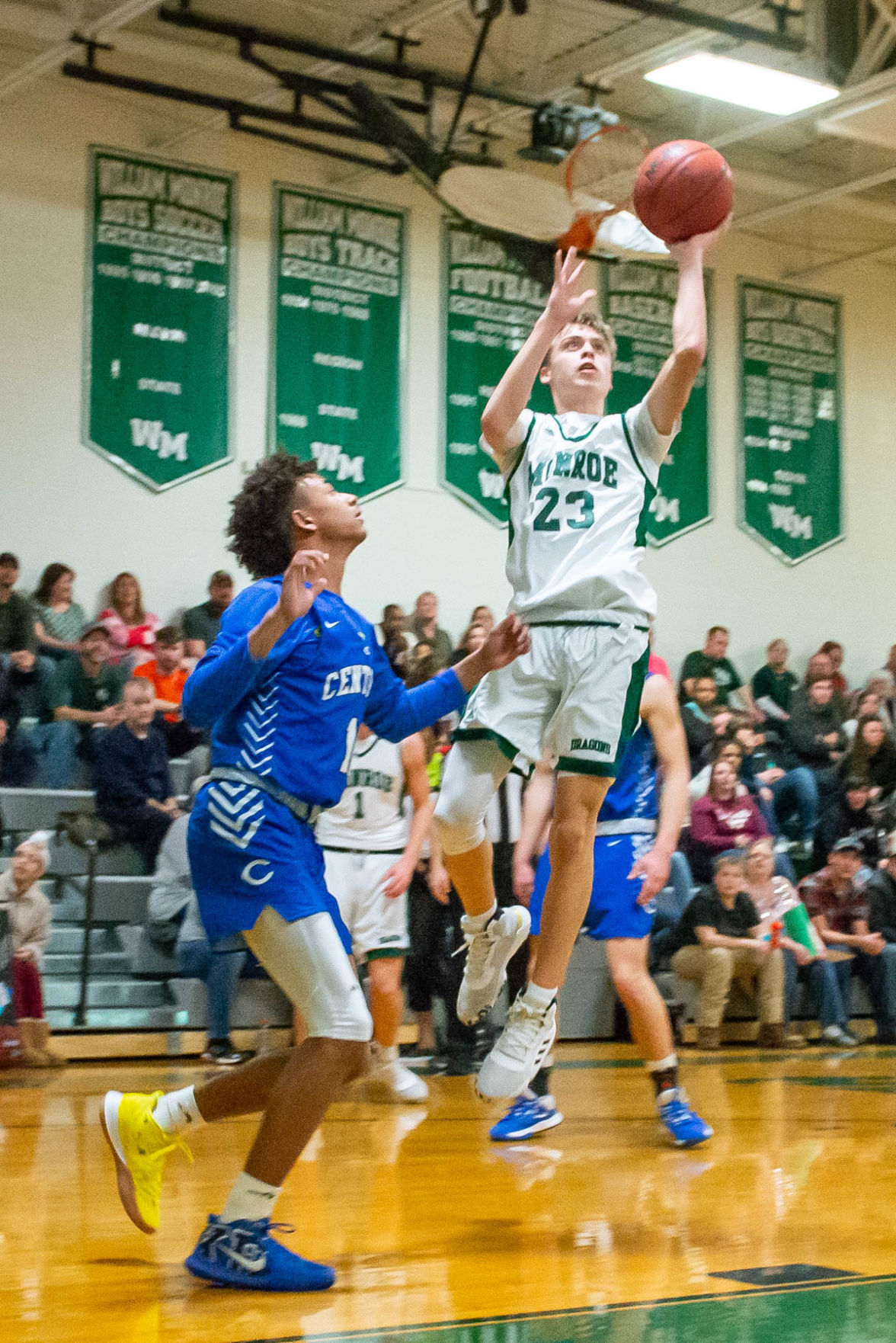 Tucker Shifflett puts up two in the win. 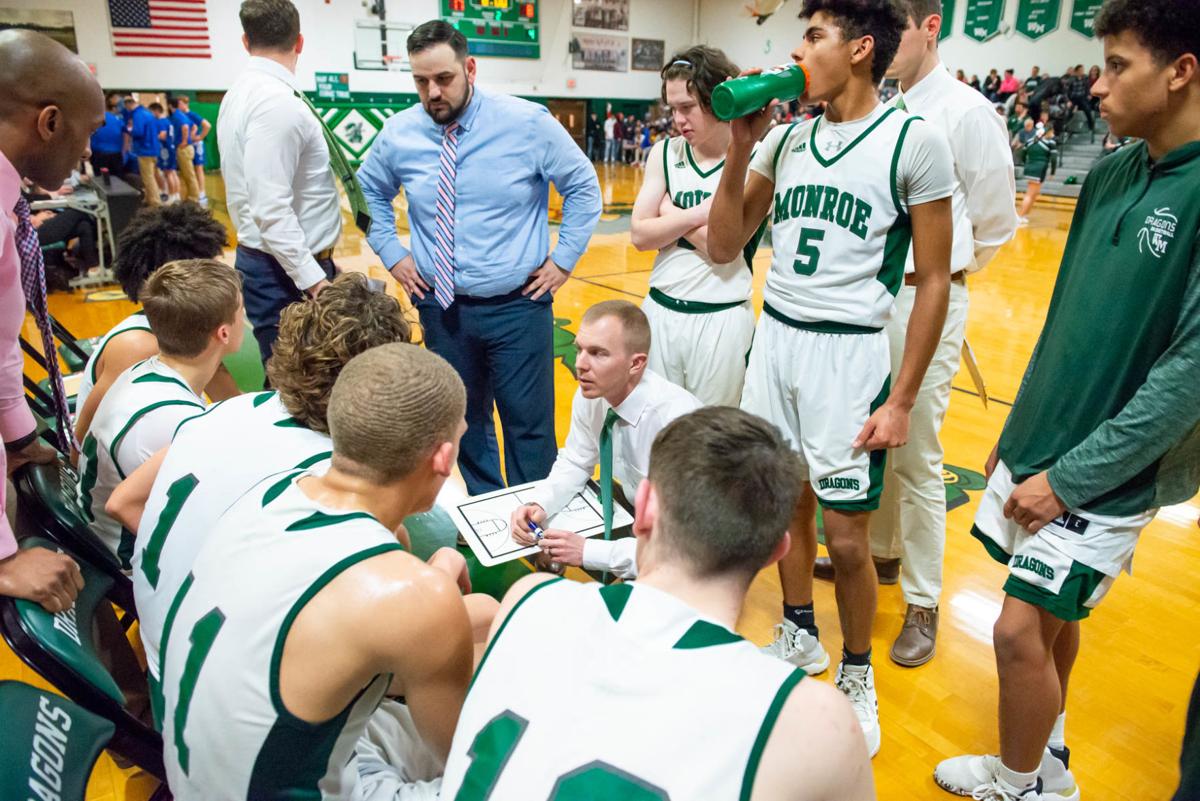 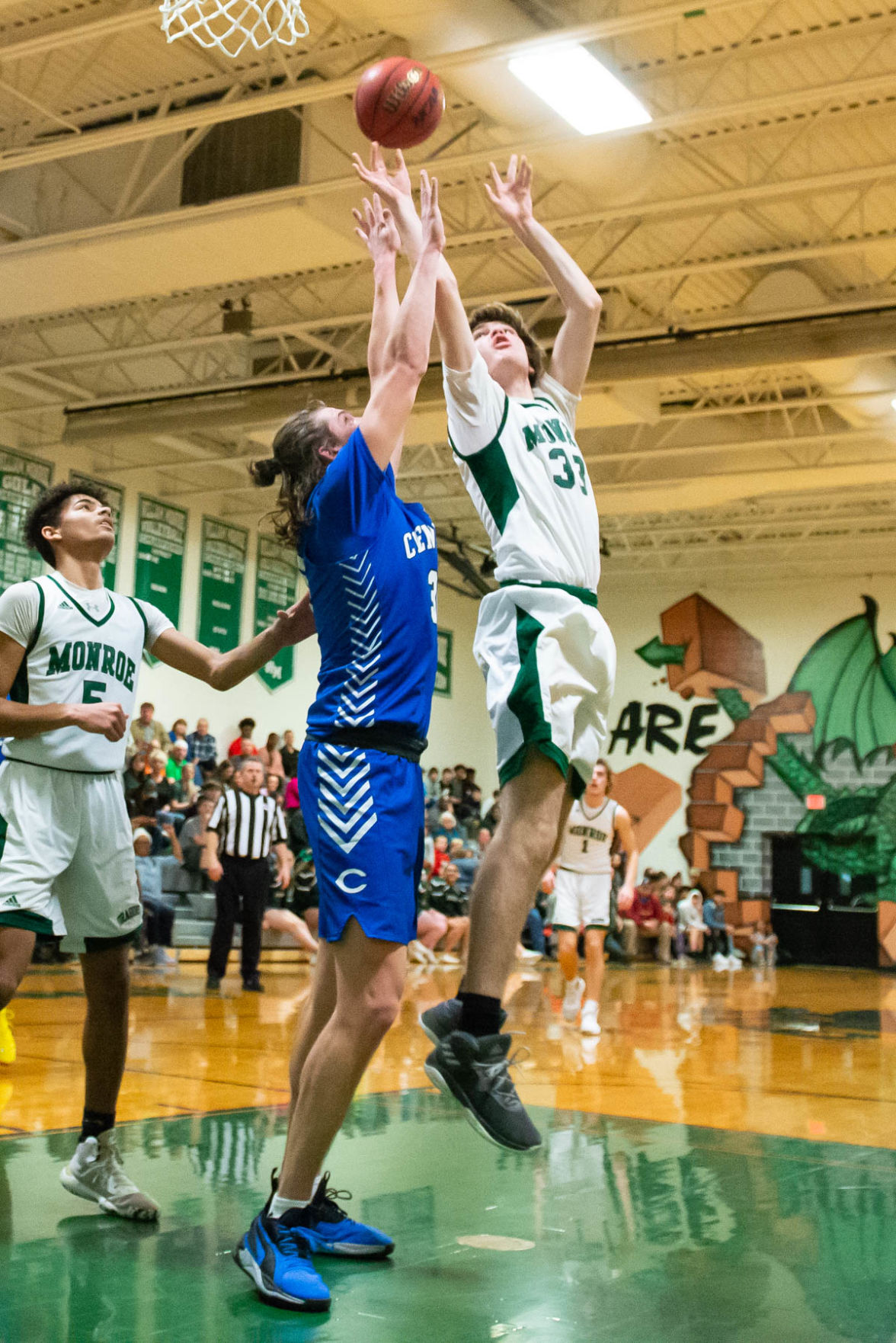 Dragon Darren Morris goes up for the rebound.

Troy Jones puts moves on the Central (Woodstock) defense to free up a shot.

Tucker Shifflett puts up two in the win.

Dragon Darren Morris goes up for the rebound.

The William Monroe Boys Basketball team understood that they were walking into a tough Northwestern District during the 2019-20 season. Central (Woodstock), Skyline and George Mason high schools all had excellent non-district records when the district games started. Manassas Park High School also returned nine players that played significant minutes from the year before.

Monroe’s young team was tested early and earned a 3-3 record in the district after playing each team once.

As the second round of Northwestern District games started, the Dragons focused on taking one game at a time and came out hot.

They started out by beating Warren County and Brentsville high schools on the road. Next, they beat Manassas Park with a tip-in buzzer-beater from Troy Jones. They followed up the dramatic win by becoming the first team to defeat George Mason on the road, winning by only 1 point.

To have a chance to win the district the Dragons would have to take on Central in Stanardsville, who had a record of 18-2.

The Monroe vs. Central game started out as a back-and-forth affair. The Dragons team defense, led by Blake Shifflett, held the Falcons to 8 first-quarter points and allowed them to get an early lead.

Shifflett, listed as 6’0’’, guarded Central’s 6’8’’ Dominic Strother and held him to 1 point in the first half.

Logan Barbour scored 8 points in the first half and Daren Morris had some strong finishes inside which helped Monroe gain a 27-22 lead at halftime.

The third quarter was much like the first half and the Dragons seemed to have a 2-5 point lead throughout the eight minutes.

Franklin Lindsay made a huge 3-pointer from the corner to give the Dragons a 35-30 lead at the end of the third quarter.

Central made a run in the fourth quarter but Monroe had an answer in Barbour.

9 of his 23 points in the final quarter. He also had seven assists during the contest.

Central did not go away lightly and continued to feed Strother in the post. He scored 10 fourth-quarter points before fouling out. Kelan Hoover then hit an NBA- range three at the buzzer to put the game into overtime.

Although Central scored first in the overtime, the Dragons did not despair.

Tucker Shifflett drove to the rim and made a tough layup. He was then followed by a layup from Lindsay.

Next, Lindsay made two free throws to clinch the game for Monroe.

The 5-point win earned the boys at least a tie for first place in the Northwestern. Troy Jones had 11 points and three steals and was named the Brad Hammer Player of the Game for his full-court pressure, charge and toughness, according to Coach Brett Maynard.

The boys finished the regular season 11-3 in the Northwestern District. The final games in the district were scheduled for after press time. The postseason schedule for the boys was not yet concrete until the games were played on Tuesday, Feb. 18, but they are expected to host either Friday, Feb. 21 or Tuesday, Feb. 25.