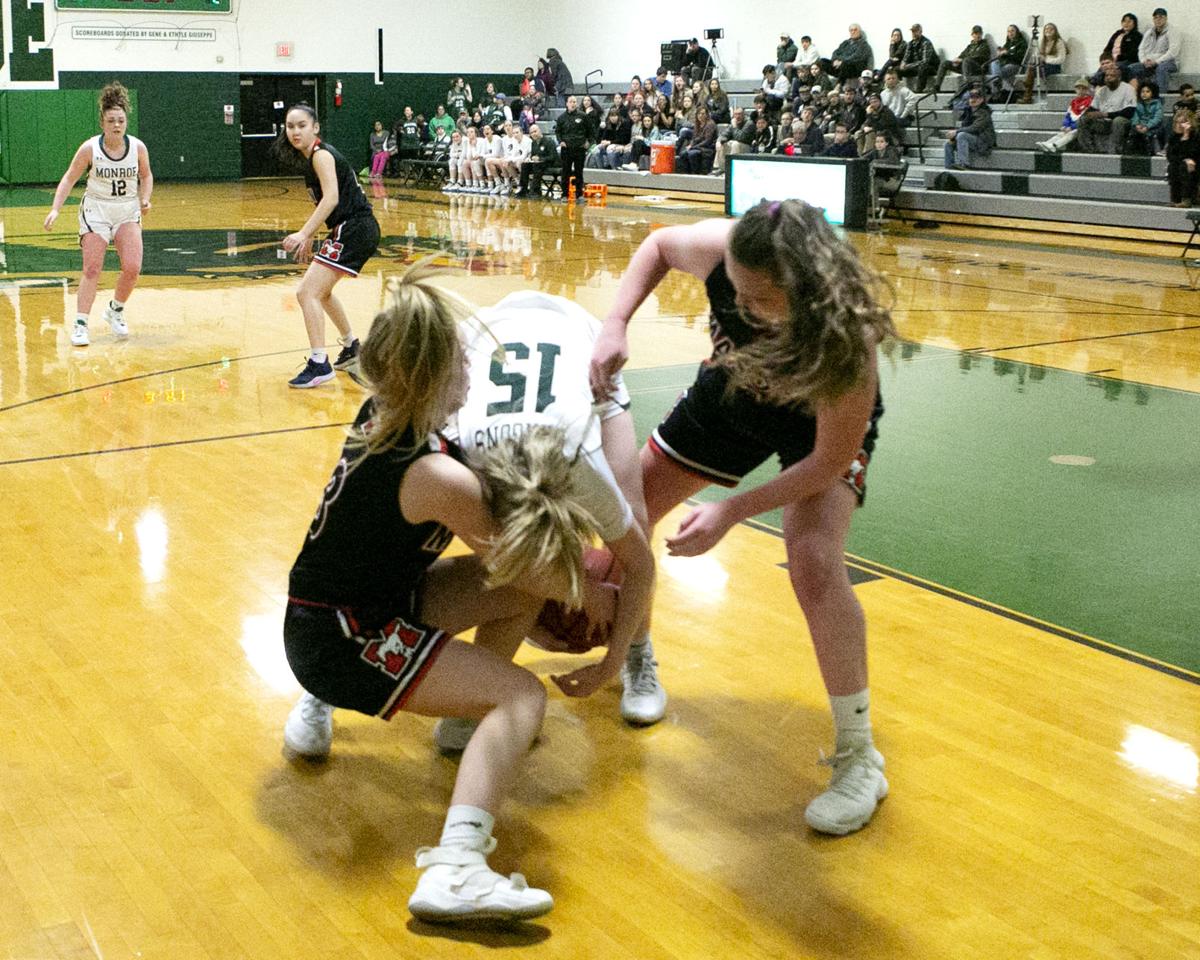 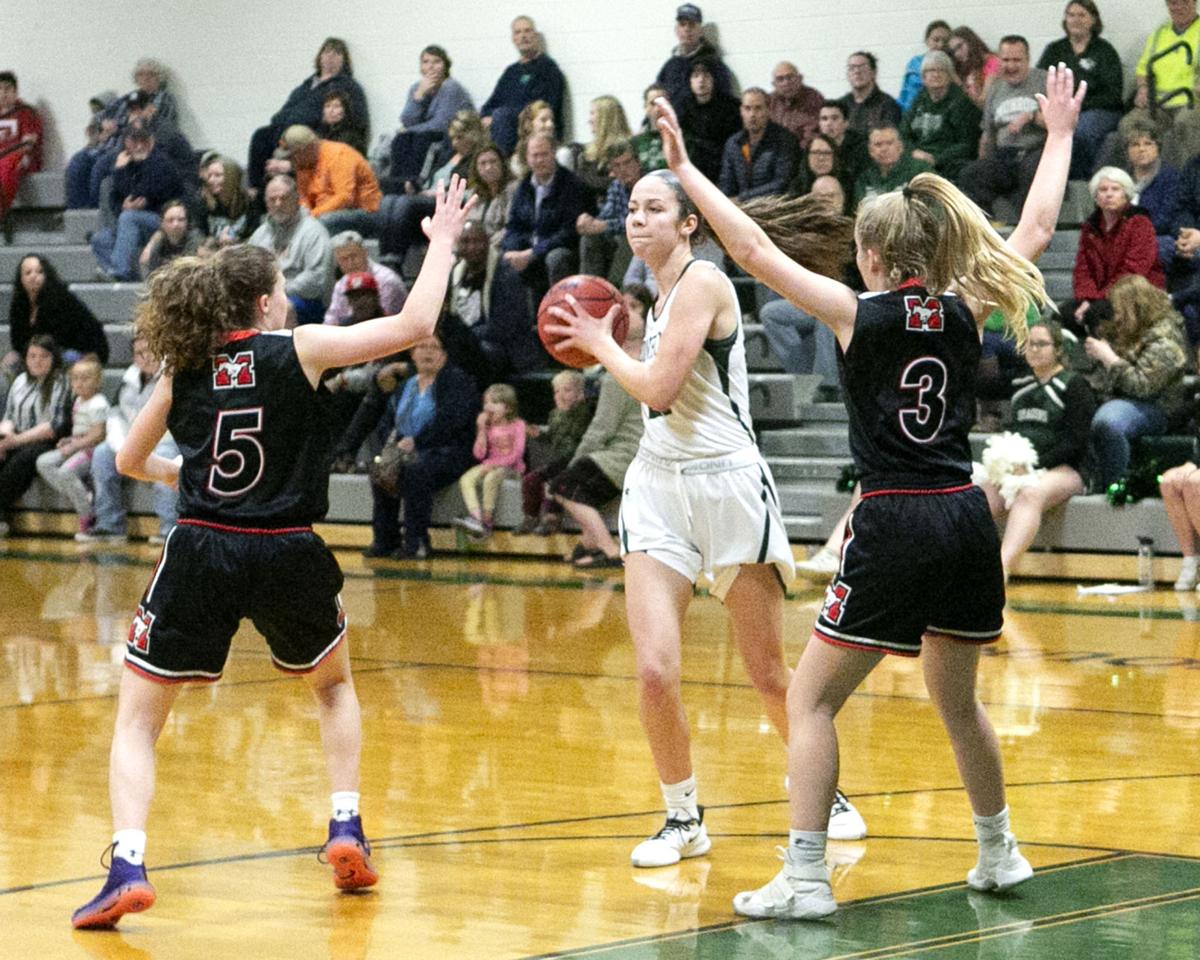 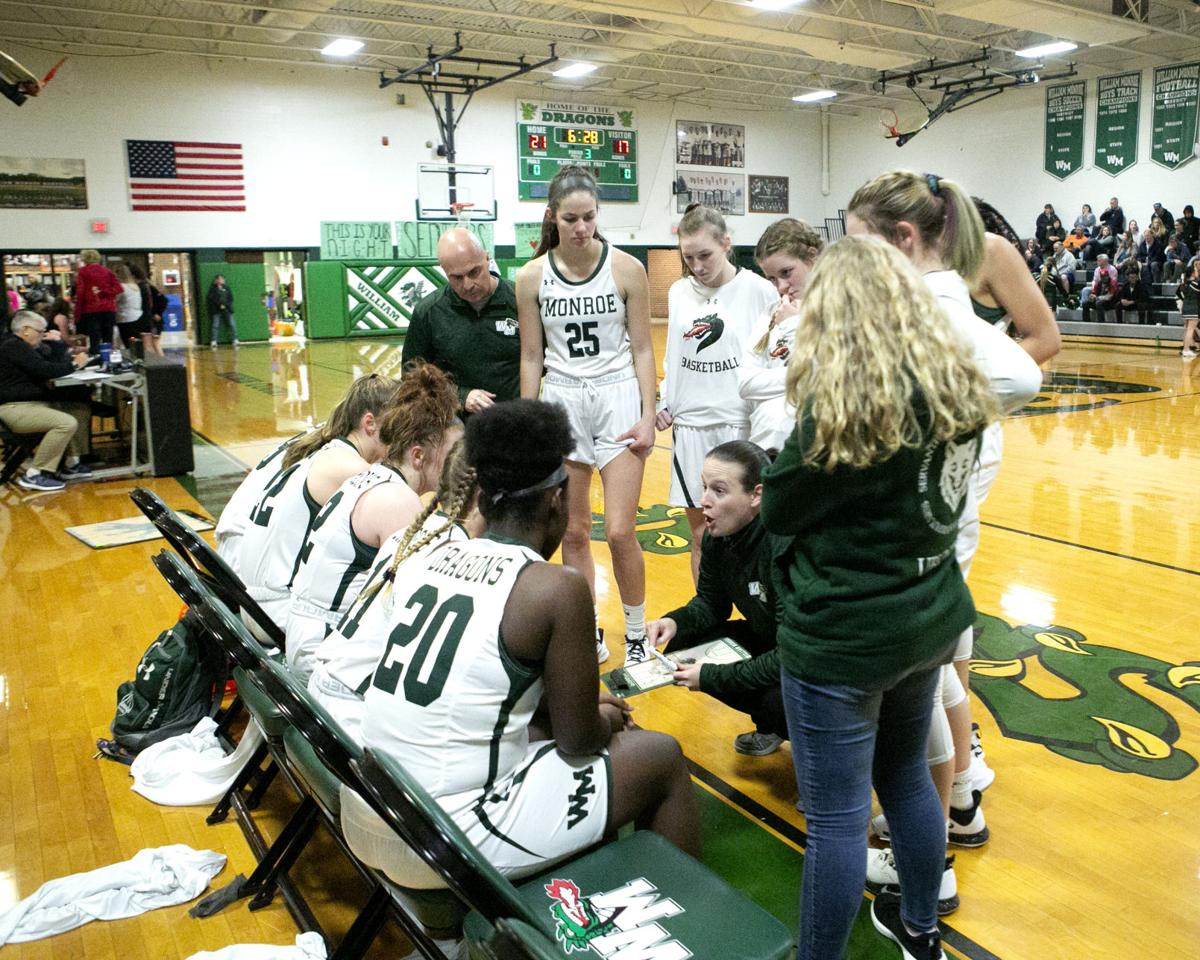 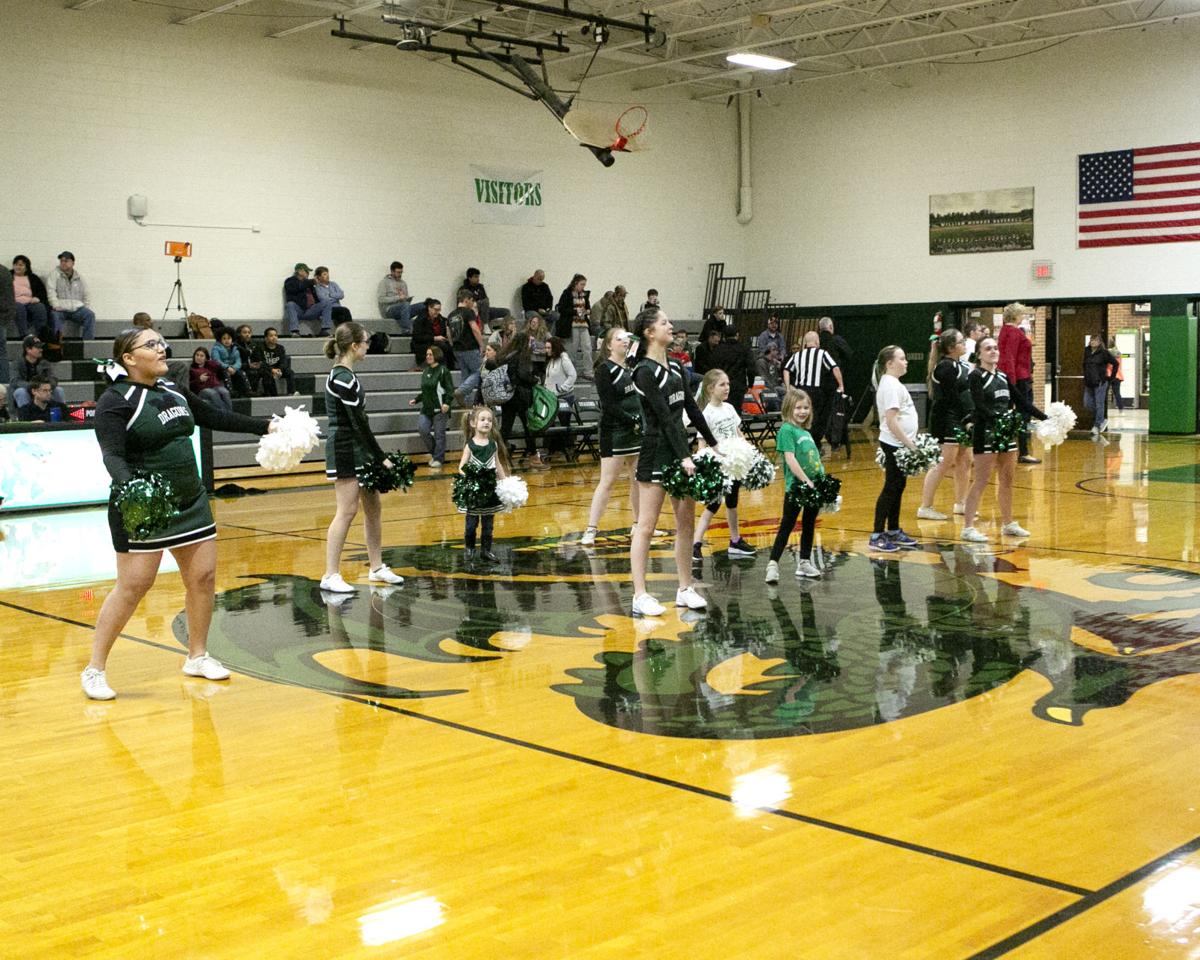 The Mustangs hit the board first in only four seconds. The Dragons lagged in points until Apple made one free throw after two fouls, bringing the score 1-3. And then the Dragons started to not only match the frenzied Mustangs’ pace but master it. By the end of the first the Dragons led 7-2 and the Mustangs had five fouls on the board.

Apple said she enjoys the physicality of the games against Mason.

“It was hard to kind of match their intensity, but I think that we did well,” she said.

“Basketball is a physical game. And honestly, we’re a physical team too. But Mason definitely packed a little bit of extra,” Stafford said. “But you know, I don’t hate it. I like it and it’s good for our kids to face that now because as you get deeper in the postseason it’s going to be physical. And Martha enjoys the physicality of it. I think the kids were really good about keeping their heads and not getting sucked into the drama and understanding it’s part of the game.”

Junior Hailey Morris scored first in second quarter with a 3-pointer followed up by Mustangs’ senior Emma Rollins with her own and sophomore Mustang Zoraida Icabalceta finding the basket, bringing the score 11-10 Monroe.

The referees offered no quarter for any player caught traveling, causing a lot of turnovers throughout the night—for both teams.

The last few minutes of the second quarter belonged to the Dragons as sophomore Chloe Rush scored and pulled the foul and made one of two, bringing the score to 15-12 Monroe. With 1:56 left in the first half, freshman Ella Weaver caught the rebound from Apple’s missed free-throw, feeding it to Morris with her second trey of the night. On defense, Apple got the rebound, scored and pulled the foul, earning an additional basket, ending the second 21-12 Dragons.

Dragons struggled finding their groove in the second half, unable to match the movement by the Mustangs and allowed two 3-pointers by Mason’s Icabalceta and senior Julia Rosenberger and a score by Rollins and free-throws by freshman Elisa Goislard and Icabalceta, bringing Mason’s score to 23.

However, once the Dragons upped their intensity, they owned the third quarter, too, as junior Iynana Carey dropped a trey and Apple earned 6 points, Morris with 2 and junior Jenna Velasquez with 2, ending the quarter with 34 for the Dragons.

The majority of the fourth quarter was trading fouls—totaling nine of Monroe’s quarter-total 15 points. Mason’s Rosenberger’s earned six of the team’s 14 points.

Apple dropped two free-throws in the final minute when a technical foul was called on the Mustangs’ head coach Chris Carrico for arguing with the referee, the final score 49-38 Monroe and bringing their record to 18-2-0 on the season.

The Dragons remain undefeated in the Northwestern District with two more regular season district games before post season. The team was scheduled to travel to Skyline High School on Tuesday and to face Central (Woodstock) High School way on Friday.

“There are things we need to improve upon, but our defense we can always count on,” Stafford said. “We have offensive staples Katie Beale, who had an amazing defensive night. I wish she could have scored on senior night, but at the same time her role is defense and she knows it and she did an amazing job. And then we had to switch to zone there as they kept getting into the paint so we switched to zone and I think the kids handle the adjustment well.”

This is only the third time in program history that the Dragons have beaten the Mustangs with two of those this season.