Charles Dempsey Morris, 71, of Stanardsville, Virginia, passed away on Saturday, March 21, 2020, at the University of Virginia Medical Center surrounded by loved ones. Charles was born on June 24, 1948, to the late Robert Lee and Fannie Virginia Morris. In addition to his parents, he was preceded in death by three sisters, Lena Morris, Arlene Shifflett, and Jurene Morris. He is survived by his wife of 41 years, Linda Morris; his children, Michael Morris and wife, Amy Peltier, Matthew Morris, and Donna Taylor; his grandchildren, Megan Morris, Kayla Morris, Sarah Morris, Maisie Dorn, and Jennifer Taylor; and his great-grandchildren, Cameron Bright and Trevor Bright. He is also survived by his siblings, Ruby Martin, Doris Shifflett and husband, David, Hazel Shifflett, Shirley Flora, Lois Raines and husband, Jack, Greg Morris and companion, Barbara Conley, Kenneth Morris, Harrison Frank Morris and wife, Donna, Dilmer Ray Morris and wife, Sylvia, and Elvin Morris and wife, Helen; and brother-in-law, Shirley Breeden and wife, Gloria (Jean). Charles was a veteran of the United States Army. He worked for Sue Grove for 18 years and Ace Contracting until his retirement. A private, graveside service will be held by Pastor Josh Shifflett Wednesday, March 25, 2020, at the Holly Memorial Gardens in Charlottesville, Virginia. A memorial service celebrating Charles' life will be held at a future date. The family would like to thank Dr. Holmes and his nurse Terry for compassionate care throughout the years, as well as the doctors and nurses at the University of Virginia Medical Center who cared for him at the end of his life. 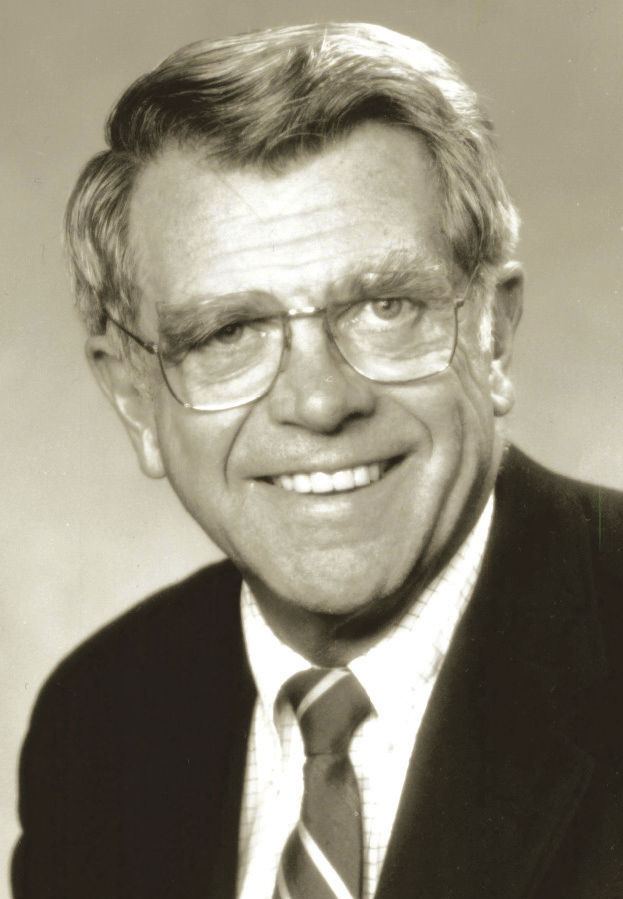 November 3, 1925 - Sunday, March 22, 2020 Jim passed away on March 22, 2020, at the age of 94, after a life he described as happy and blessed and his family lovingly and gratefully appreciated as well-lived. He was predeceased by his first wife, Elizabeth Hutchinson Dunstan, "Betty", married 48 years, and is survived by his wife, Julia Spies Dunstan, married 21 years. He is survived by his brother, William M. Dunstan, PhD of Suffolk, Va. and was predeceased by his brother, Thomas S. Dunstan, MD. He leaves behind his three children, James C. Jr., MD (Sarah) retired Orthopedic Surgeon, of Lynchburg, Virginia, Robert W., DVM (Mary Ellen), Distinguished Scientist at AbbVie in Worchester, Mass., and Elizabeth (Chuck) Maddux, ANP-BC, Nurse Practitioner, in Richmond, Va. Jim was also blessed with eight special grandchildren and 14 great-grandchildren. Born in Bayonne, New Jersey, on November 3, 1925, he was the second son of Thomas and Elizabeth Dunstan. Gifted and hard-working scholastically, Jim skipped two grades in grammar school, finished salutatorian at the Pingry School and won an academic scholarship to Princeton. He transferred to Yale for ROTC, graduating at age 19 with a BS in engineering. Jim served our country in the Navy during World War II as Ensign aboard the PC 1173. He was recalled in the Korean War serving as a lieutenant on the USS Perry and honorably discharged from the Navy in 1953. Jim's business career began at General Cable where he had been the youngest plant manager and ended at Essex Wire where he had been their youngest Vice- President. In 1969, after leaving a successful business career, he enrolled in the doctoral program at the University of Virginia Darden School of Business completing his PhD in Finance in three-and-a-half years. From there he launched his teaching career at Darden retiring as a tenured professor in 1994. During this time, he was an examination administrator for the Charter Financial Analysts, active in executive training programs, a director of public utilities for the Virginia State Corporation Commission and he worked for Harry Byrd in the U.S. Senate. During his career and in retirement Jim had served on many boards. In the for-profit area, he served on nine Fortune 500 company boards and 15 other boards as director or consultant. In the non-profit area, he was always active with service to multiple organizations including the National Board of the Girl Scouts of America, The Farmington Country Club Board and that of the Tayloe Murphy Institute. He served on the Martha Jefferson Hospital Board for nine years with two years as chairman. He served on the UVa Health Science Foundation Board for seven years with two years as vice-chairman. He served on the Charlottesville Catholic School Board with whom he facilitated the building of their St. Dunstan Chapel. His strong commitment to his Catholic faith, assistance to Bishop Sullivan on the Diocesan Finance Committee and generosity to Catholic causes resulted in his being honored as a Knight of Malta. His service and support of the University of Virginia was recognized with selection into the Raven Society. He also enjoyed his membership in the Oliver Turner Society. Jim always said that he had been most fortunate in family especially in marrying two wonderful women. They had been a great source of support and love. Betty was full of life and a wonderful mother to their children. Julia had truly enlivened him, especially with great caring and exciting travel adventures. A loving husband, father, grandfather and great-grandfather, a dynamic and talented teacher, and a morally strong leader imbued with a very generous spirit, he is missed greatly. The family thanks Sarah DeWitt of Hospice of the Piedmont and the kind caregivers at Martha Jefferson House for the wonderful care they provided. A Funeral Mass will be celebrated at St. Thomas Aquinas Church in Charlottesville at a later date with a reception to follow. A private burial service will occur in the next several weeks. Please consider making a donation to the Charlottesville Catholic School, 1205 Pen Park Rd., Charlottesville, VA 22901, to the Blue Ridge Area Food Bank, P.O. box 937, Verona, VA 24482, or to the Martha Jefferson House, 1600 Gordon Ave., Charlottesville, VA 22903. Condolences may be sent to the family at www.hillandwood.com. 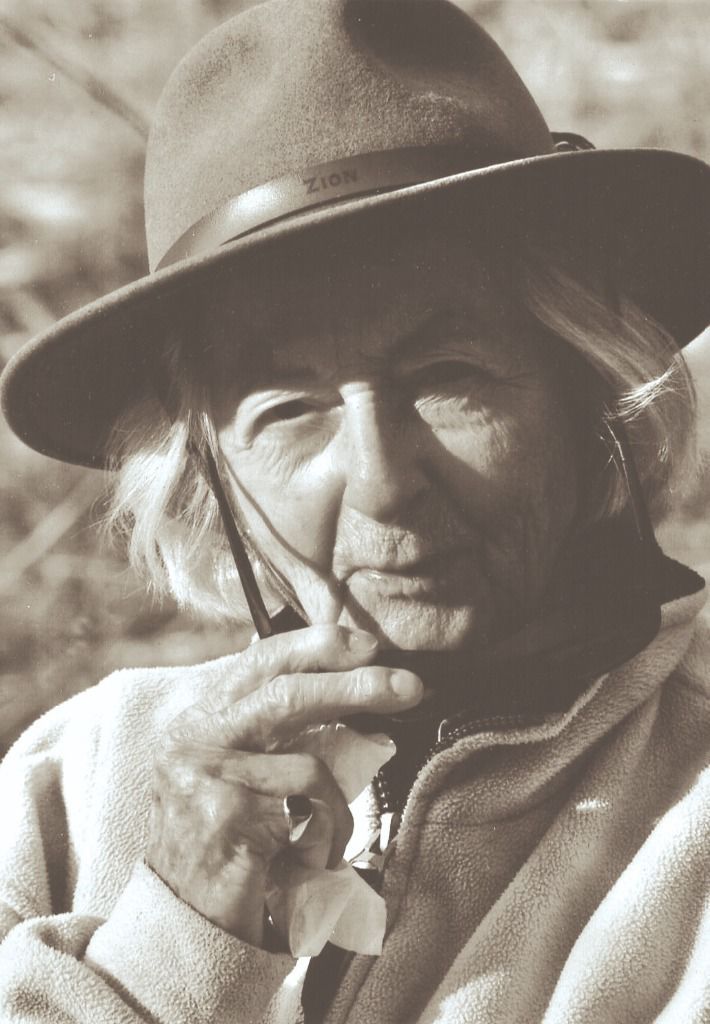 May 21, 1927 - Saturday, February 29, 2020 Elko von Stillfried (von Krogh), 92, of Charlottesville, Va., died surrounded by family on February 29, 2020. Elko is survived by her sister, Betsy Funck; son, Gebhard Stillfried and his wife, Agnes, of St. Stephens Church, Va. and their two children, Franz and Charlotte; her daughter, Christiane Riederer and her husband, Max, of Ashland, Va. and their two daughters, Josephine and Elena. Elko was preceded in death by her son, Franz Stillfried; her husband of 63 years, Dominik; her sister, Christiane Willamovitz; brother, Harold von Krogh; and her parents, Mathilda and Harold von Krogh. A small family service was held at St George Catholic Church in Scottsville. Teague Funeral Home 2260 Ivy Rd., Charlottesville, Va. 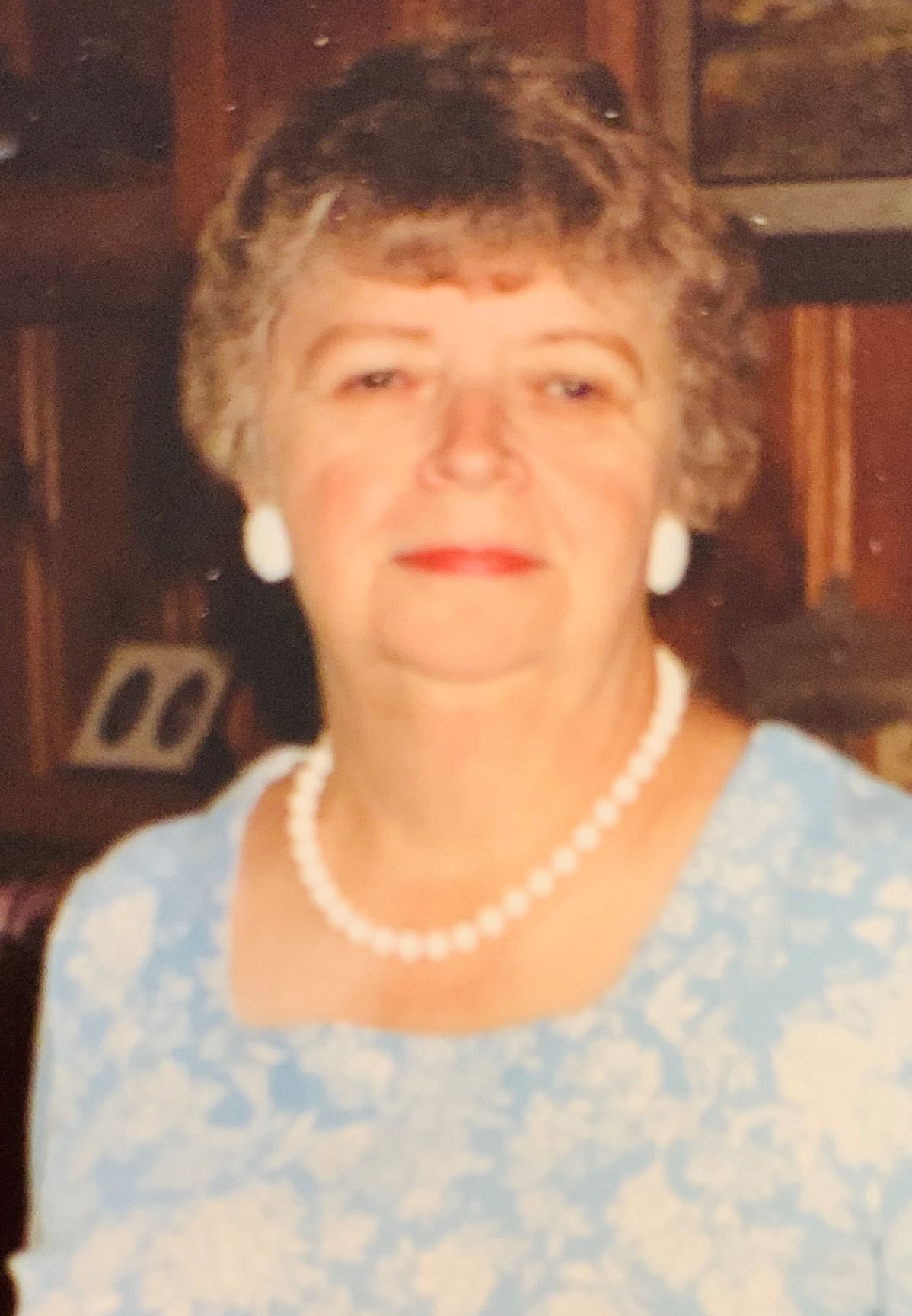 May 29, 1934 - Saturday, March 21, 2020 Shirley Critzer Hall, age 85, passed away on March 21, 2020. She was born on May 29, 1934, in Albemarle County, Virginia, to Russell Critzer and Mary Critzer. Shirley was married to the late Calvin S. Hall, whom she loved dearly. They shared 62 wonderful years together. Calvin predeceased her in 2015. She is survived by her children, Michael C. Hall (Marlaine) and Sharron H. Fraizer (Dave); her grandchildren, Charlie Hall (Amy), Andy Hall, and Sam Frazier (Brooke); and her great-grandchildren, Klara Hall, Cassidy Hall, Hampton Frazier, and one on the way. She is also survived by her brother, David Critzer and sister-in-law, Daisy Sandridge, as well as many cousins, nieces, and nephews. Mom was a homemaker! She was a great cook and baker. She made the best Christmas cookies and candies ever. She was a wonderful seamstress and loved to knit. She was an avid reader and she and Dad loved camping and traveling. We hope they are on their best road trip ever, together, now. The family would like to send their special thanks to the staff at The Renaissance Assisted Living in Stanardsville and Fox Trail Senior Living in Orange; and also to the staff at Hospice of the Piedmont. All provided great care to Mom in her last few years and we thank them. Remembrances can be made in Shirley's name to Mt. Olivet Church, Post Office Box 57, Dyke, VA 22935, or Hospice of the Piedmont, 675 Peter Jefferson Pkwy, Suite 300, Charlottesville, VA 22911. A memorial service will be conducted at a later date. Condolences may be made to the family online at www.teaguefuneralhome.com. 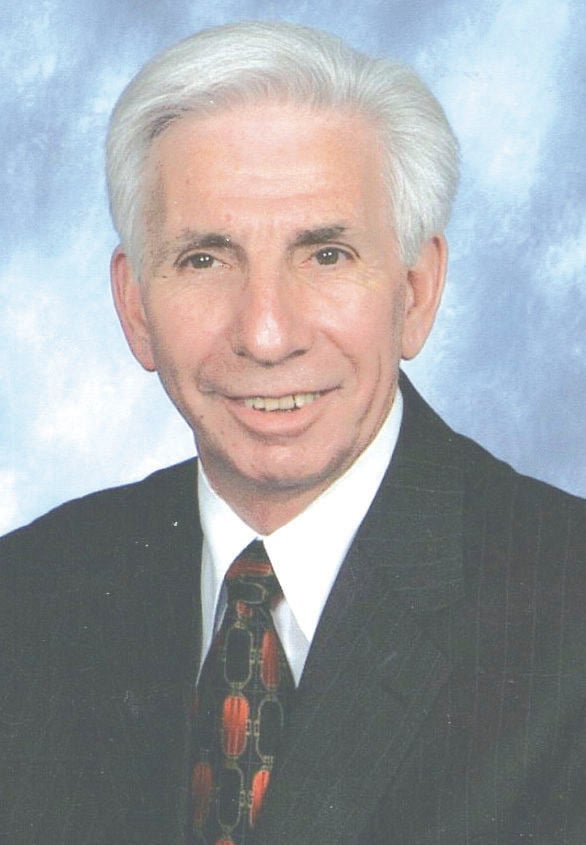 October 18, 1942 - Saturday, March 21, 2020 Thurman Curtis Morris of Crozet, Virginia, lost his earthly journey on Saturday, March 21, 2020, after a battle with Alzheimers. Curtis is rejoicing in his eternal home with the Lord our Savior, who he served throughout his life. Curtis was born on October 18, 1942. He was preceded in death by his father, Ernest Monroe "Buff" Morris; his mother, Retha Ellen Shifflett Morris Herring; his stepfather, James Herring; and two brothers-in-law, Julian "Gete" Shifflett and Kenneth "Earl" Morris. He is survived by his loving wife of 55 years, Joyce Ann Morris (his caregiver); his two sons, Anthony Curtis Morris of Crozet, Va., and Duane Douglas Morris (Tracey Kennedy Morris) of Afton, Va. He treasured his three grandchildren, Eleanor Grace Morris, Lydia Faith Morris, and Laylon Dean Varner. Curtis is also survived by his three sisters and one brother, Geneva Shifflett of Baltimore, Md., Charlotte "Maxine" Bolyard (Leonard) of Crozet, Va., Florence "Virginia" Morris of Dale City, Va., and Ernest "Ernie" Morris (Patricia) of Crozet, Va. Curtis' greatest attribute in life all began in the year 1968 at an Assembly of God church in Baltimore, Md., where he gave his life over to the Lord our Savior. This decision changed the course of his life and the future for his family, friends, and his ministries. He was a faithful member of Covenant Church of God in Charlottesville. Curtis preached the gospel in churches for over 40 years and received his Evangelist License Certificate for church of God in May of 1983. Curtis continued his outreach ministries at two nursing homes, Crescent Hall and Midway Manor. Curtis and his wife Joyce would bless audiences with their southern gospel singing in many different venues. Curtis was always available to share God's word and pray for others. It was his Kingdom work. Curtis was the owner of Curtis Heating and Cooling that he began in Crozet in 1980. He served his community well and made many new friendships with employees and customers along the way. The company continues to serve the community with the same foundational values that Curtis began. Aside from building up his company, Curtis had many hobbies that he enjoyed, such as; traveling with his wife to the Caribbean, attending gospel singings, watching UVA and L.A. Dodger games, driving his Chevy 2 Nova, and cooking his specialty mac n' cheese. He was also faithful in attending the events of his two sons and three grandchildren. Curtis lived his life for his wife, sons, daughter-in-law, grandchildren, friends, extended family, his dog "Sadie" and a special friendship with Kenny Layne, but most of all he lived for the Kingdom of God. In lieu of flowers, to continue Curtis' ministry and legacy through our young generation, donations may be made to Afton Christian School, 9357 Critzers Shop Rd., Afton, VA 22920, (540) 465-6853. We all love you and miss you until Jesus calls us to meet again in eternity. A celebration of Curtis' life will be held at a later date. Condolences may be sent to the family through www.teaguefuneralhome.com. Teague Funeral Service 2260 Ivy Rd, Charlottesville, VA 22903