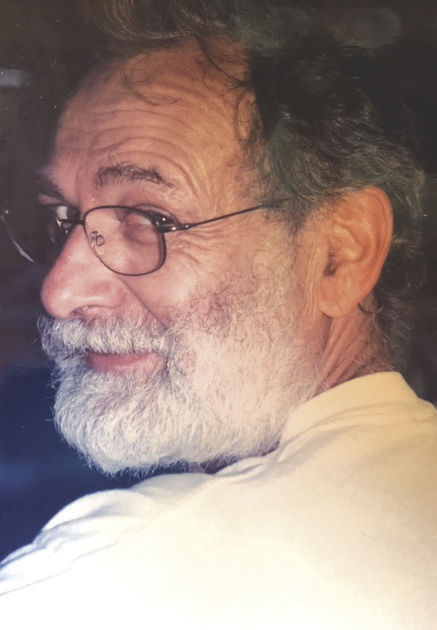 Bill Hinckley died on Saturday, May 9, 2020, at Heritage Inn after several years of gradual decline into dementia. He was born in Biloxi, Mississippi, on August 20, 1943, to Mary Loffredo and William A. Hinckley, the oldest of five boys. He earned a B.A. in Classics and an M.A. in History from the University of Wisconsin. On graduation he joined the Air Force in February 1968, received pilot training, and served in Vietnam as an F-4 tactical pilot. He loved to fly but became increasingly uneasy about dropping bombs. When Americans were ordered to carry the bombing campaign into Cambodia, he filed for conscientious objector status, which he obtained, enabling him to leave the military in March of 1973. Years later, a Vietnam veteran returning to visit Vietnam and Cambodia, discovered a letter of commendation in a Cambodian museum, praising Captain Hinckley for being the first to file for C.O. status and refusing to carry out the bombing missions. He moved to the Scottsville area with his wife, Clair, and daughter, Merle (Alissa), to join Springtree, an intentional community, in 1973. At Springtree he was the master mechanic, keeping the cars and other machines running, as well as sheep farming and taking his turn in the kitchen and garden. He started a business, "The Tinnery," that converted discarded tin cans into lamps using a welding torch. The resulting products were quite beautiful and sold at craft fairs in the area. His first marriage came to an end, and in 1977 he married Renate Haug Stahl, who survives him. One of his most exciting projects at Springtree was the construction of a Burt Rutan-designed "Long EZ" airplane. His military buddy Steve Bowser joined him for the year-long project. This resulted in an airplane that not only flew successfully but still flies today. In 1983, Bill and Renate left Springtree to live in Charlottesville. Bill renovated an old house on Lexington Avenue, and then built another "state of the art" house behind it. He also started a business, Creative Cabinets, that remodelled kitchens, installing custom cabinetry. He retired in January of 2007 and sold his business. Eventually the onset of dementia deprived him of those wonderful qualities which made him such a creative and vital individual, particularly his intellectual acuity and his inventive speech. He is survived by his devoted wife, Renate Hinckley; his daughter, Merle of Phoenix, Arizona; his stepdaughters, Lisa Stahl of Ashland, Virginia, Berthe Stahl Palmrose of Corvallis, Oregon, and Lori Stahl of Charlottesville, their husbands Jim Foster, Tom Palmrose, and Matt Caduff, as well as seven grandchildren and one great grandchild. He is also survived by his brothers, James Hinckley, Richard Hinckley, Robert Hinckley, and Charles Ross; his stepbrother, William Ross, his friends at Springtree Community; his close friend, Steve Bowser, and many other friends. The family thanks Heritage Inn for their kind and loving care of him in his last, difficult year. A huge celebration of his life is planned for some time in a better future. 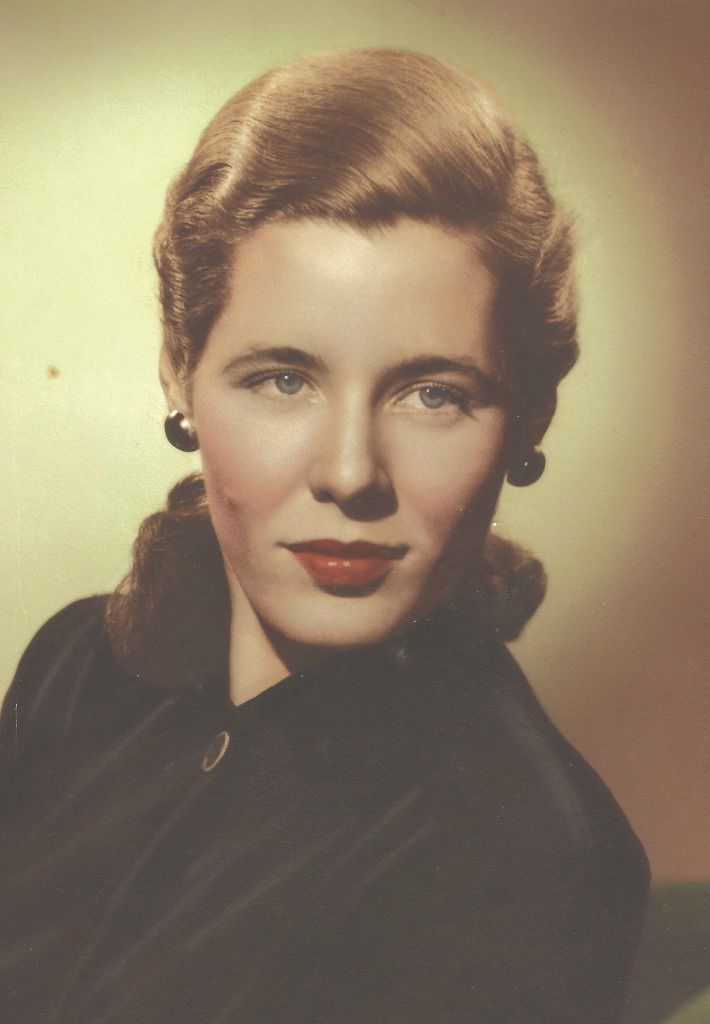 Charlotte Virginia McQuade (nee Parker) of Kents Store, Virginia, passed away on May 11, 2020, due to natural causes at the age of 97. Charlotte was born in 1923, in Norfolk, Virginia, to Christine and Harold Parker. She had two brothers, Harold and Douglas, and one sister, Dolly, all of whom predeceased her. Charlotte graduated from The College of William & Mary and later received her Masters in Education from C.W. Post College in Brookville, New York. Charlotte was a woman of many passions. Foremost was teaching, especially of the handicapped, and later in her career, gifted children. She loved music, both playing (piano) and enjoying it. After her retirement, she took great joy in gardening and caring for her property in Kents Store. Charlotte married David Allan McQuade on June 8, 1949, whom she met at William & Mary. David passed away in 2000. Charlotte had four children, all sons, Michael, Patric, Terrence (Alice) and Stephen (Susan). As a long-time friend of the family said upon hearing of Charlotte's passing, "She survived five rough men with grace." Charlotte leaves her four sons as well as six grandchildren, David, Daniel, Erin, Sean, Rachel, and Sarah, and a great-granddaughter, Glayden. 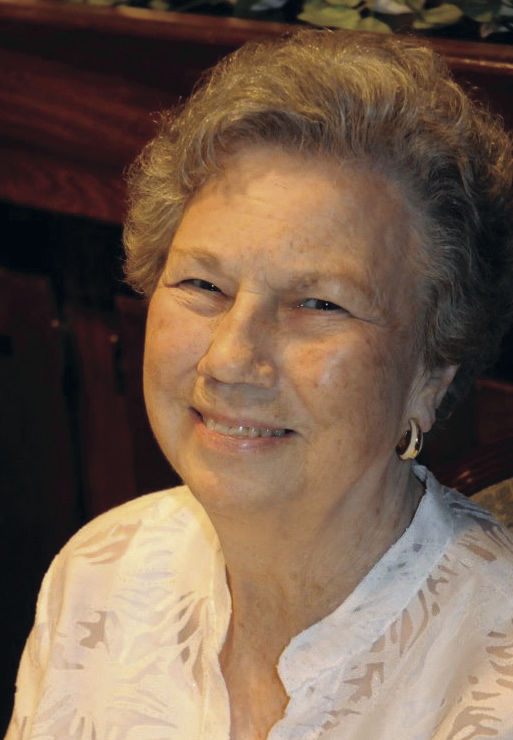 September 14, 1938 - Sunday, May 10, 2020 Middie Lorraine Hall, 81, of Charlottesville, passed away on May 10, 2020. Middie was born on September 14, 1938, in Albemarle County, Virginia, to the late Hershey and Bessie Goolsby. Middie was well known in Charlottesville--she was the Manager of CVS on Main Street for over 40 years and a lifelong friend to many that she worked with. She was a member of Southside Christian Church and a strong believer in Jesus Christ. Middie was loved and admired by everyone and "Grandma" to anyone who needed her! Middie was a very special grandma and great grandma. She was a friend; someone who would always be honest, whether you wanted to hear it or not. She, just like her late husband Richard, would give the shirt off her back to a stranger. Middie always saw the good in a person and showed love for everyone. Her life focus was family and work. She especially enjoyed the holidays with family gatherings and meals. Middie had her hair done on a weekly basis and appreciated having an immaculate house. Yard sales are one of her favorite past times, but shopping and buying gifts for others was what she seemed to enjoy the most. Her presence will be forever missed. In addition to her parents, she was preceded in death by her husband, Richard G. Hall; her siblings, James "Tootsie" Goolsby from Ladson, S.C., Emmett Goolsby from Orange, Roy Goolsby from Ruckersville, Florence "Sissy" Childress from Petersburg; and her children, Richard Garland Hall, Jr., David "Doc" Roland Hall, and Theresa Hall Shiflett from Charlottesville. She is survived by her sister, Daisy Maupin of North Garden and her grandchildren, Tara Hall of Charlottesville, Melissa McCoy and her husband, Kennon, of Palmyra, Shayne Shiflett of Charlottesville and Nick Pollock of Louisa. In addition, she is survived by her great-grandchildren, Sherod McCoy, Kiara McCoy, Taylor Holsapple, Makenzie McCoy, and Montana Green; and great-great granddaughter, London McCoy. A private graveside service for immediate family will be conducted at 11 a.m., Saturday, May 16, 2020, at Holly Memorial Gardens with Minister Wayne Martin officiating. Due to the current health crisis, those who would like to attend may view the service from their cars with an opportunity to pay respects at the gravesite in smaller groups. In lieu of flowers, we ask that donations be given to Southside Christian Church, 810 Blenheim ave., Charlottesville, VA 22902, in her honor. Teague Funeral Service