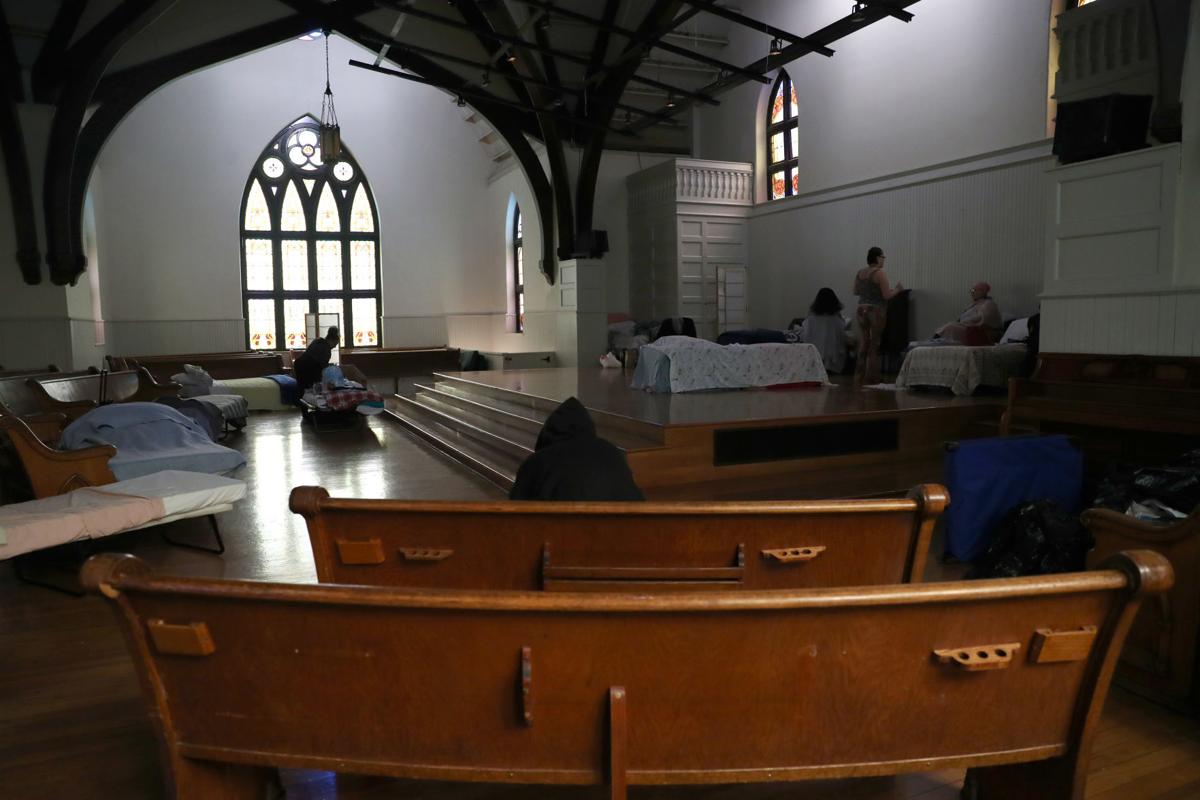 People and Congregations Engaged in Ministry, commonly known as PACEM, has consolidated its women’s shelter at The Haven, a former church in downtown Charlottesville, to minimize exposure to those it serves and its volunteers. 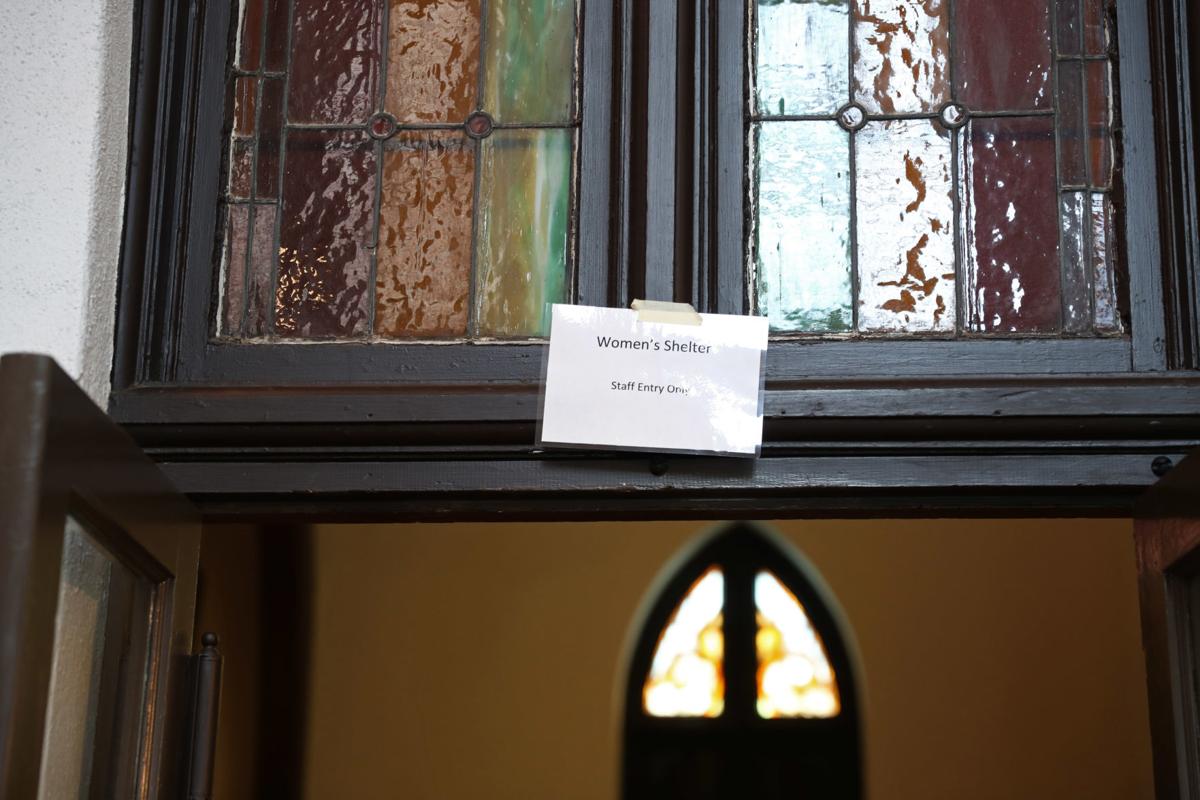 People and Congregations Engaged in Ministry, commonly known as PACEM, has consolidated its women’s shelter at The Haven, in downtown Charlottesville, to minimize exposure to those it serves and its volunteers.

People and Congregations Engaged in Ministry, commonly known as PACEM, has consolidated its women’s shelter at The Haven, a former church in downtown Charlottesville, to minimize exposure to those it serves and its volunteers.

People and Congregations Engaged in Ministry, commonly known as PACEM, has consolidated its women’s shelter at The Haven, in downtown Charlottesville, to minimize exposure to those it serves and its volunteers.

In his 36 years with The Salvation Army, Maj. Walter Strong has dealt with all sorts of disasters.

But the coronavirus pandemic is a whole different animal.

“I have served disasters all over the southern United States — [Hurricanes] Hugo, Katrina, all the big ones — that you could plan for. You knew what was going on,” he said. “This one, day to day it’s changing. You really don’t know from day to day what you’re doing.”

Local homeless shelters and other agencies that serve vulnerable populations are facing new challenges as the pandemic worsens. But they are pledging to keep their doors open.

The Haven, Salvation Army and People and Congregations Engaged in Ministry, commonly known as PACEM, are still serving the community.

The Shelter for Help in Emergency, a local domestic-violence shelter, also is staying open, and the Piedmont Housing Alliance has established an assistance fund to help its most vulnerable residents.

The virus has forced PACEM to change its model. Sue Mueller, who is on the board and oversees the program for Peace Lutheran Church, said participating churches host for periods of roughly two weeks. Men and women are hosted by different churches.

Last week, the Charlottesville City Council lifted the restrictions on a special-use permit for The Haven to allow it to coordinate with PACEM for a stable shelter for women during the local declaration of an emergency.

Per the conditions of its original permit, The Haven is allowed to operate as a day shelter between the hours of 7 a.m. to 7 p.m. At night during winters, PACEM coordinates with local churches to provide overnight accommodations.

Lifting the restrictions on The Haven allows for a centralized location as a shelter. Mueller said that on Wednesday, The Haven became that place for women. The decision was made after consulting with the Thomas Jefferson Health District.

Although all of Peace Lutheran’s services and activities have been canceled for several weeks, volunteers there will collect food and transport it to The Haven, Mueller said.

“Everyone is working all day, all night to get these people in a safe place,” she said.

On Friday, PACEM Executive Director Jayson Whitehead said the organization has partnered with the city to set up Key Recreation Center as the shelter for men starting Monday.

The Haven has made several changes to its operations, such as serving lunch Mondays through Thursdays. The Salvation Army will host lunch on Fridays and Saturdays.

The Haven is taking monetary donations, but limiting material donations. Donors are urged to have items delivered straight to the shelter or dropped off at the entrance off First Street. Accepted donations include individual and large bottles of hand sanitizer, water bottles, to-go food containers and travel-sized toothpaste.

PACEM’s procedures have been altered by the virus, Whitehead said. Food is now being served in takeout containers. Inmates at the Albemarle-Charlottesville Regional Jail used to do laundry for the homeless as a work service program, but that has ceased as the jail has gone on lockdown.

“We’re being impacted by the services around us closing,” Whitehead said. “It is requiring just a lot of adjusting.”

Whitehead urged anyone who wants to donate gloves, facemasks, bleach or cleaning supplies to email him at jayson@pacemshelter.org.

At The Salvation Army, donations are declining as stores are closing and some churches shut their doors.

Many volunteers associated with local churches are older and, following official guidelines, are quarantining themselves. Strong said the decision is understandable but that he’s hoping more volunteers emerge to fill the gaps.

The Salvation Army is taking what measures it can to protect those it serves, doing meals in to-go boxes and reserving two rooms for quarantine if necessary.

The Salvation Army is housing 58 people and is at capacity, Strong said, and likely won’t admit new people in case someone inside contracts the virus.

For more information on donations and volunteering, visit virginiasalvationarmy.org/charlottesvilleva.

The Shelter for Help in Emergency’s website emphasized that during social distancing, domestic violence victims are at an increased risk of danger.

“During this time of social distancing, victims are at an increased danger due to home confinement with their abuser,” the website says. “As a way to gain power and control over their victims, an abuser may take advantage of an already stressful situation by withholding medical attention, taking away recommended safety measures such as hand sanitizer and/or cleaning products, or further isolating their victims by hindering their ability to interact with family and friends by phone or over the internet.”

The shelter is taking additional measures to maintain a healthy environment by limiting access to the community outreach center and staff to by-appointment only. Those seeking assistance should ring the doorbell.

The shelter is taking physical donations, but only for hygiene products such as toilet paper, paper towels, hand sanitizer, dish detergent and sanitizing spray. Donated items may be dropped off at the community outreach center at 1415 Sachem Place, Suite 101, between 9 a.m. and 4 p.m. Monday through Friday. Monetary donations also are encouraged. Visit shelterforhelpinemergency.org for more information.

Perriello, who works at Pediatric Associates of Charlottesville, said that many of her colleagues “feel scared” about a possible shortage in vital equipment.