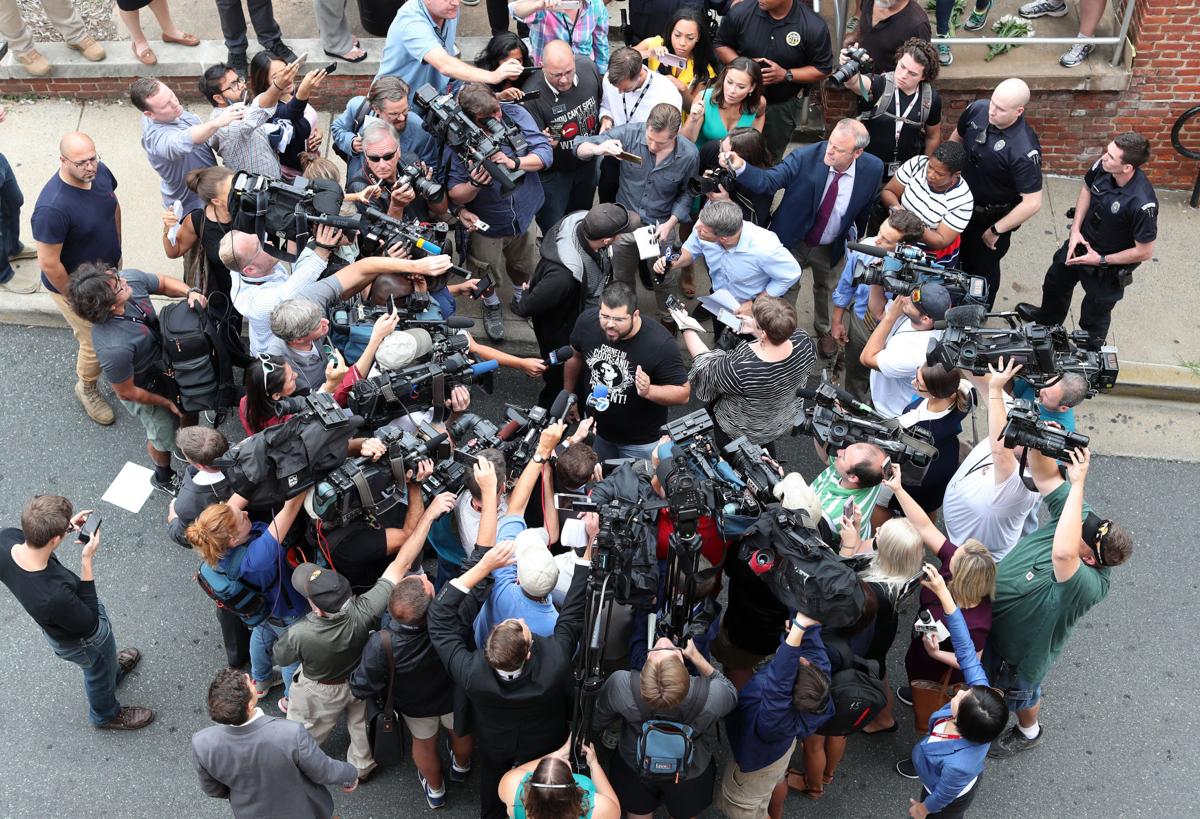 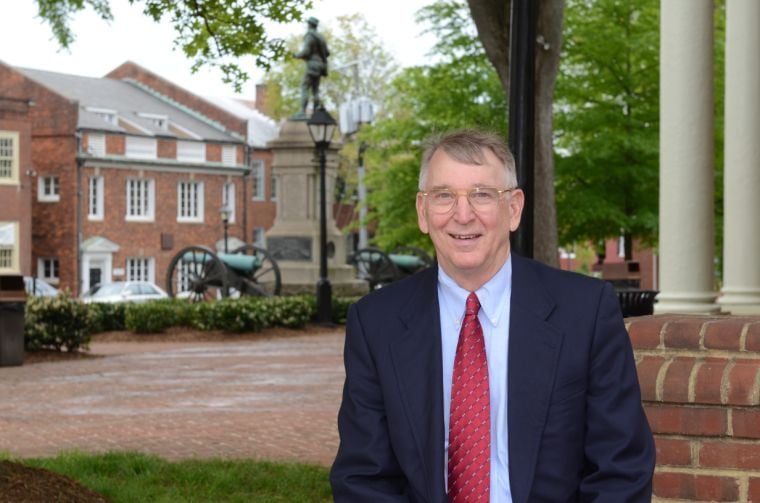 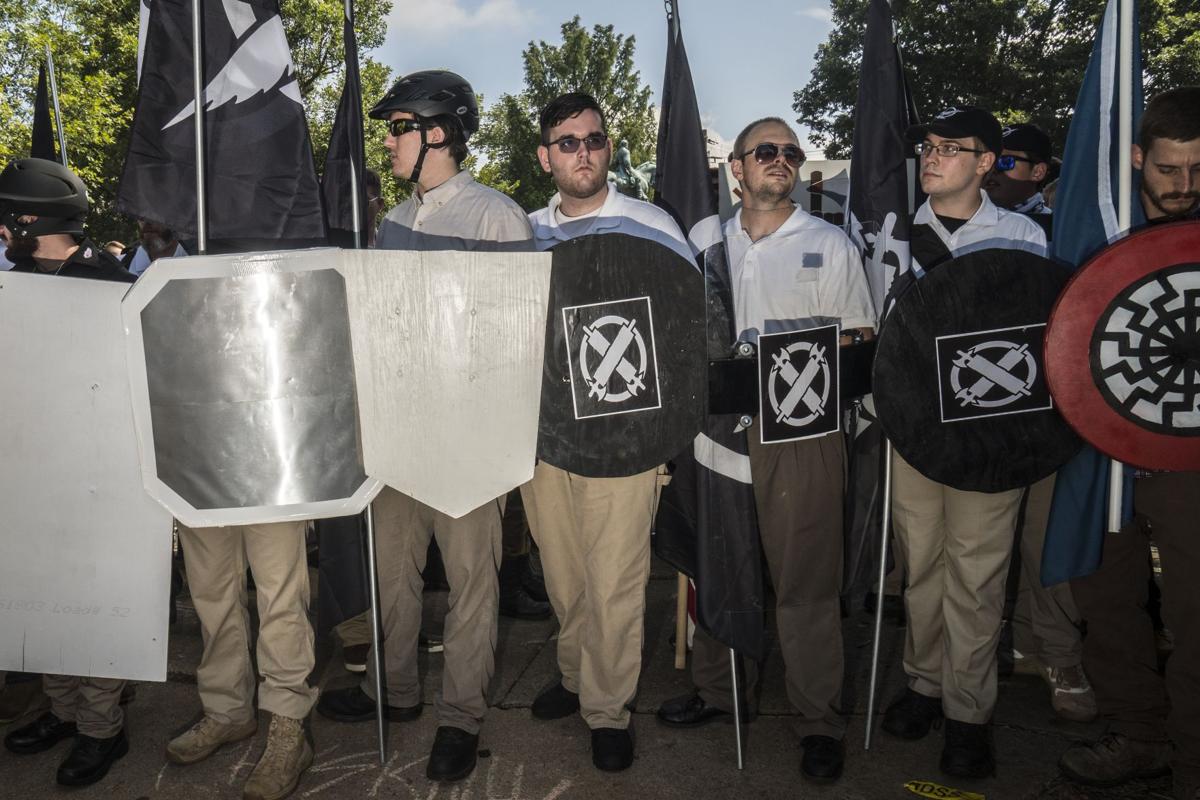 A Charlottesville defense attorney assigned to represent the man accused of murder in the death of an Albemarle County woman by ramming his car into a crowd protesting Saturday’s white nationalist rally is a former Republican candidate for the City Council and a plaintiff in the lawsuit against the city regarding the removal of Confederate statues.

James Alex Fields Jr., 20, of Maumee, Ohio, is being held at the Albemarle-Charlottesville Regional Jail without bond until he can meet with an attorney.

Fields is charged with second-degree murder in the death of Heather Heyer, 32, three counts of malicious wounding and one count of hit-and-run resulting in death.

Charlottesville General District Judge Robert H. Downer Jr. appointed Charles L. “Buddy” Weber to represent Fields, who said he made about $1,300 a month as a security guard and could not afford an attorney.

“You have no ties to the community, so at this time you will not have bond until you have an attorney and they can come to this court regarding a bond,” Downer told Fields, who appeared via video feed from jail.

Downer indicated that Weber was unaware of the appointment.

“I do not know if Mr. Weber has a conflict or if he is willing to represent you.”

Will Lyster, a friend of Weber, said the attorney is on a hiking trip and does not have cellphone service. He is expected to return next week.

Downer said a member of the Charlottesville Public Defender’s Office has a conflict of interest with Fields regarding the incident and that the office could not represent Fields. He then appointed Weber, a local defense attorney who is on a list of local public defenders, to represent Fields.

Downer set the next bond hearing for Fields for Aug. 25.

Weber, a former chairman of the city Republican Party, is one of 13 plaintiffs who have sued the Charlottesville City Council for its decision to remove the statue of Robert E. Lee from the park that once bore the Confederate general’s name. The park has since been renamed Emancipation Park.

The park was the site of Saturday’s Unite the Right rally, which brought several white supremacist and white nationalist groups to the park, as well large crowds of counter-protesters. The rally erupted in violence between the groups before it could start, however. Police declared an unlawful assembly and cleared the park after hundreds of people beat each other with sticks and fists, sprayed each other with pepper spray and hurled makeshift missiles.

After the rally, a car plowed into a crowd of about 100 counter-protesters marching down a Downtown Mall cross street and slammed into other cars that had stopped for the protesters. Heyer was killed in the crash, and 19 others were injured.

The car backed up on Fourth Street and sped away. Fields was later arrested.

As Fields’ Monday hearing was ending, Matthew Heimbach, leader of the white nationalist Traditionalist Worker Party, began shouting accusations that counter-protesters caused Saturday’s violence. He was quickly surrounded by television crews and news reporters who were milling about the courthouse, awaiting Downer’s ruling.

Bystanders then joined the throng, drowning the man’s words by chanting “Nazi go home” until police whisked him safely away from the growing crowd.

The Associated Press on Monday reported that police records from Florence, Kentucky, show Fields’ mother had called police in 2011, reporting that Fields stood behind her wheelchair wielding a 12-inch knife.

In a 2010 incident, his mother reported that Fields struck her on the head and locked her in the bathroom after she told him to stop playing video games. She told officers Fields was on medication to control his temper.

Ned Oliver of the Richmond Times-Dispatch contributed to this report.

In an email, spokespeople for the city and state police said there was not a stand-down order “by any authority or at any level” Saturday.

McAuliffe, others offer words of hope at local church services

The governor led a moment of silence for the three people “... who lost their lives yesterday doing what they loved doing, fighting for freedom.”

“When you’re a teacher and you see one of your former students do this, it’s a nightmare scenario.”

About two hours after the car crash, two state troopers were killed when their police helicopter crashed and burned near Old Farm Road.

Chief Al Thomas said the violence was initiated by “mutually engaged combatants” at an “alt-right rally” that was met with large numbers of counter-protesters.

The county employee penned a letter to the city imploring officials to install collapsible traffic bollards at certain access points on the Downtown Mall.