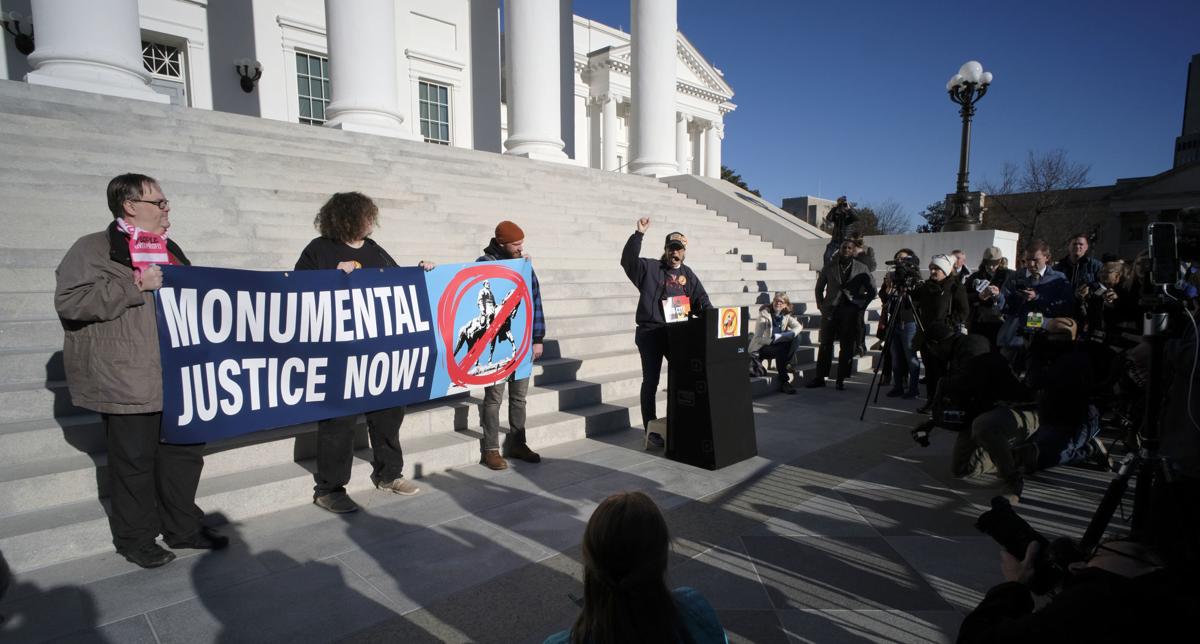 University of Virginia professor and activist Jalane Schmidt addresses a Monumental Justice Virginia rally at the Virginia State Capitol in Richmond on Wednesday, the first day of the new legislative session. 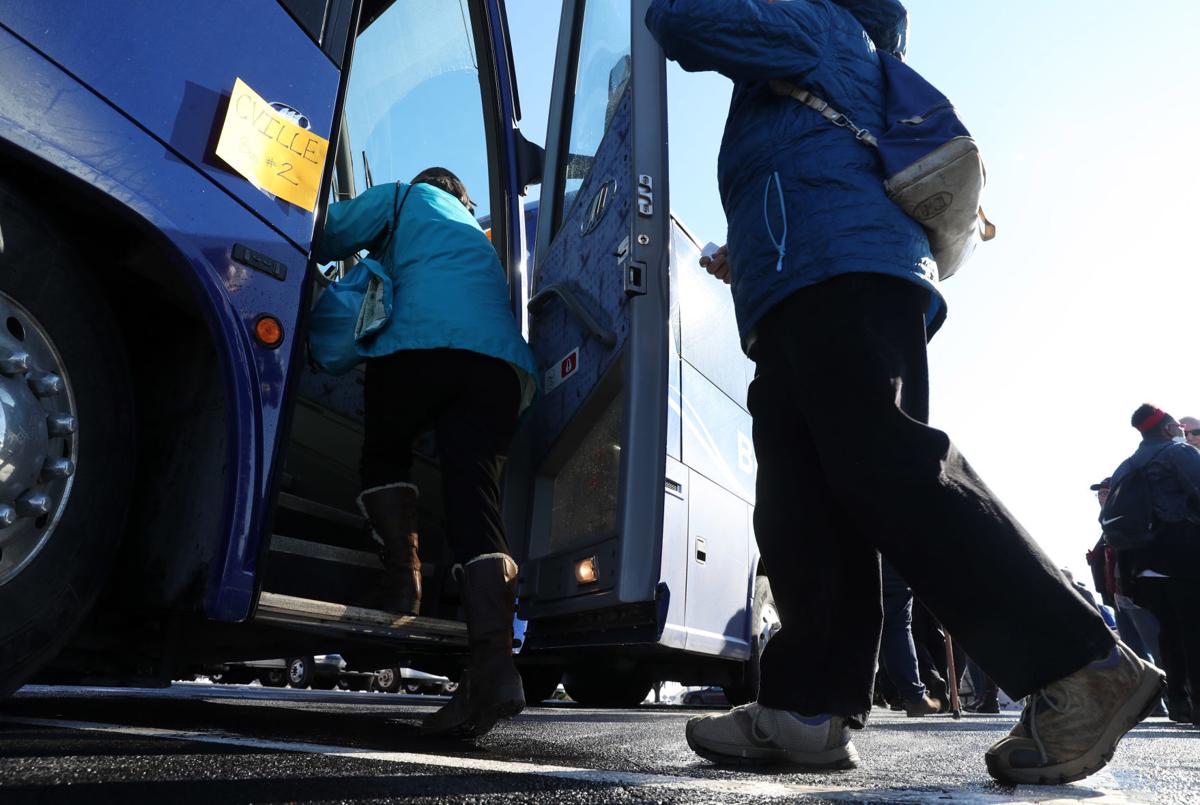 University of Virginia professor and activist Jalane Schmidt addresses a Monumental Justice Virginia rally at the Virginia State Capitol in Richmond on Wednesday, the first day of the new legislative session.

More than 100 demonstrators gathered in Richmond Wednesday to show their support for legislation that seeks to allow localities to remove war monuments and statues.

Wednesday, the statewide coalition Monumental Justice organized a rally outside the State Capitol, seeking to show its support for the legislation and detail the dangers they believe Confederate monuments pose. Two busloads of Charlottesville residents attended the rally.

Hudson, who started her freshman term Wednesday, said that while she and her fellow legislators will work hard to get the legislation passed, constituents should share their stories to stress the importance of local control.

Hudson’s bill would amend the state law and potentially clear the way for Charlottesville to remove its statues of Confederate Gens. Thomas “Stonewall” Jackson and Robert E. Lee. Earlier this week, Richmond’s city council also voted to ask for the authority to decide the fate of its monuments.

While various legislators were slated to speak — including Senate Democratic Caucus Chair Sen. Mamie Locke (D-Hampton) — only Hudson was able to break away from legislative work for enough time to give a short speech.

The bill is tied to a Charlottesville City Council vote to remove a downtown monument to Confederate Gen. Robert E. Lee, which prompted the deadly 2017 white supremacist Unite the Right rally.

The council was sued by a group of residents and the Monument Fund, who successfully argued the city did not have the authority to remove the monuments. Charlottesville Circuit Judge Richard E. Moore issued an injunction in September, permanently preventing the removal of the Lee and Jackson monuments.

Over the course of the hour long rally, more than a dozen speakers from around Virginia shared why they supported local control over war monuments.

Wes Bellamy, whose Charlottesville City Council term ended this month, said that he and his family have received death threats since he organized a news conference in March 2016 to call for the removal of the Lee statue.

“Those statues represent a lot more than just pieces of art,” he said. “When we look at those statues they represent racist people [who] wanted to put a wide variety of people who looked like me ‘in their place’ — they are a symbol of dominance. We are here today to reclaim our power.”

Looking out into the crowd, Bellamy said state legislators need to show the same courage as the demonstrators at the rally.

Jalane Schmidt, an associate professor at the University of Virginia and a Black Lives Matter activist, also spoke. Schmidt over the last two years has been helping lead tours around Court Square that give the history of the area and how its black residents were treated.

Schmidt said defenders of Confederate monuments will often cite family history and southern roots. But, she said, southern identity does not just belong to certain people.

“Lots of progressive Virginians eats greens and grits and listen to banjo music,” she said. “We live here and want to make our little part of the South the best we can; the best parts of southern culture are the parts we can all gather around.”

After the rally, the Charlottesville residents took a pit stop at the recently unveiled Kehinde Wiley statue “Rumors of War.” The statue, designed to echo Confederate monuments, depicts an ungendered black individual with dreadlocks riding a horse.

With Dixie cups of sparkling cider in hands, the attendees toasted the statue and what they hope will be a successful General Assembly session.

The bill has not yet been assigned a number but, according to Hudson, it will contain language applying to all monuments to American wars and veterans, not just those related to the Civil War.

Although bills to change the law failed in 2018 and 2019, supporters are hopeful they’ll pass this year, as Democrats take control of the House of Delegates and Virginia Senate.

Wednesday also marked the start of the legislative session, and the first time in 26 years that Democrats have controlled both chambers of the General Assembly and the governor’s mansion.

Rally by Monumental Justice at the Virginia State Capitol