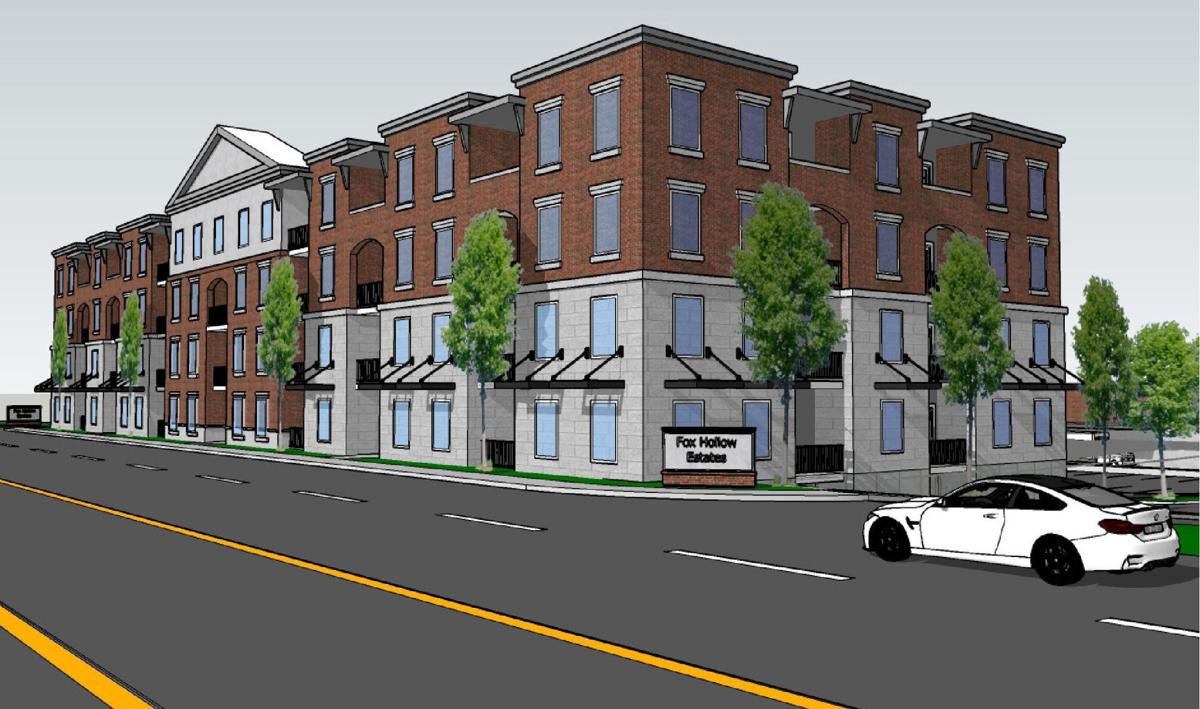 SUBMITTED RENDERING Rio Road West is proposed to have a maximum of 112 apartments that front Rio.

SUBMITTED RENDERING The rear of the Rio Road West development would include a multi-use path and green space.

SUBMITTED RENDERING Rio Road West is proposed to have a maximum of 112 apartments that front Rio.

SUBMITTED RENDERING The rear of the Rio Road West development would include a multi-use path and green space.

The first rezoning proposal for property within the limits of the Rio-29 Small Area Plan has been submitted for a group of parcels on Rio Road.

The project, called Rio Road West, is proposed to have a maximum of 112 apartments that front Rio. The proposal includes parking, storage units farther back and green space in the far rear part of the property.

“I’m thrilled that it’s the first one out that’s attempting to live up to the expectation of the small area plan,” Albemarle County Supervisor Ned Gallaway said.

In March, the county Board of Supervisors approved a priority review process for developers or property owners pursuing a Neighborhood Model District rezoning on property within the limits of the Rio-29 Small Area Plan that meets certain requirements, ahead of an anticipated amendment to the county’s Comprehensive Plan.

The proposed project’s 3.3 acres are made up of four parcels across from The Daily Progress that are currently zoned commercial. Greenscape Development Partners, which is under contract to purchase the properties, has applied to rezone the property to Neighborhood Model District.

Kelsey Schlein, with Shimp Engineering, said it was premature to know how the priority review process will play out because the application was just filed recently.

“The dialogue between the residents, the county and between us, the representatives of the developer, has seemed to be much more open so far in the early stages of the process,” she said.

At a community meeting for the project in September, some members of the Places29-Rio Community Advisory Committee asked about parking.

“As far as parking goes, in our preliminary designs we’re meeting the parking requirement for the units that we’re proposing, but hopefully down the road, looking towards a shared parking agreement with some neighboring sites,” Schlein said.

At this point, there have been only conversations with other property owners in the small area plan zone about potential rezoning.

“In each of the four quadrants, someone has reached out and expressed interest, but the only one that’s pulled the trigger is this one,” said Albemarle’s planning director, Andrew Gast-Bray.

The county Planning Commission is scheduled to hold a public hearing on the draft small area plan Nov. 13. A public hearing is tentatively scheduled for the Board of Supervisors on Dec. 12. Once approved, the Rio-29 Small Area Plan will become part of the Comprehensive Plan.

The plan can be viewed and comments can be submitted at Albemarle.org/rio29sap.

Allison Wrabel is a reporter for The Daily Progress. Contact her at (434) 978-7261, awrabel@dailyprogress.com or @craftypanda on Twitter.