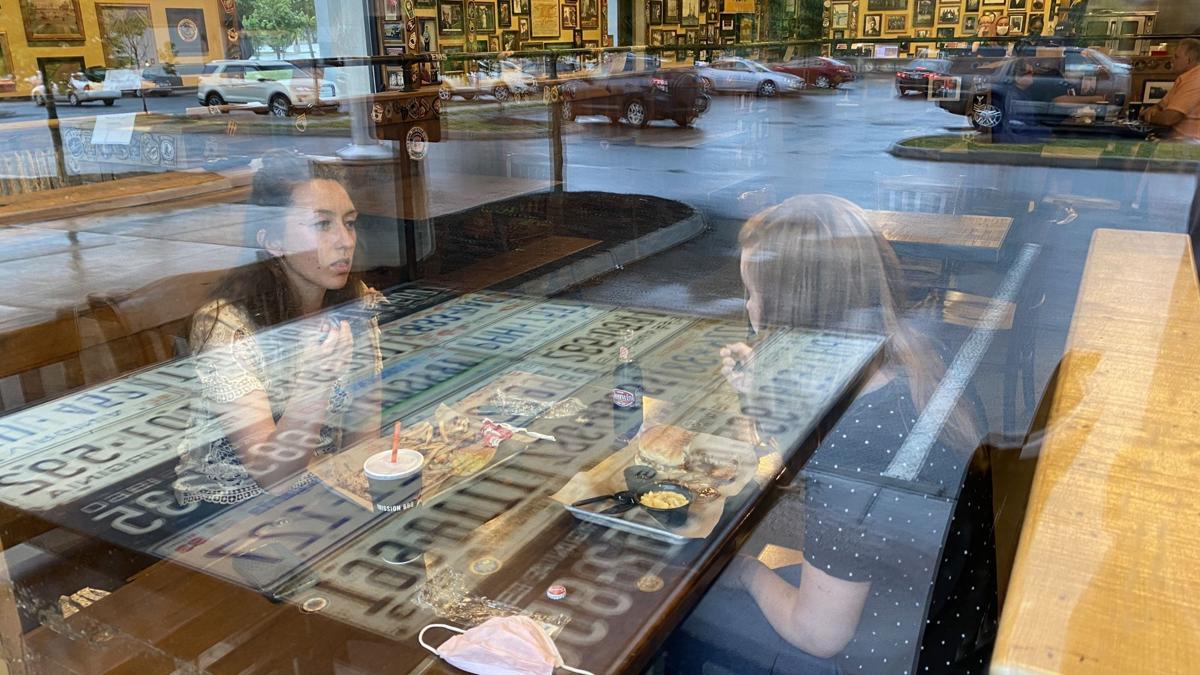 Two sisters enjoy dining inside Mission BBQ on Friday afternoon. As part of the governor’s Phase Two guidelines, restaurants can now reopen for indoor seating, at 50% of normal capacity. 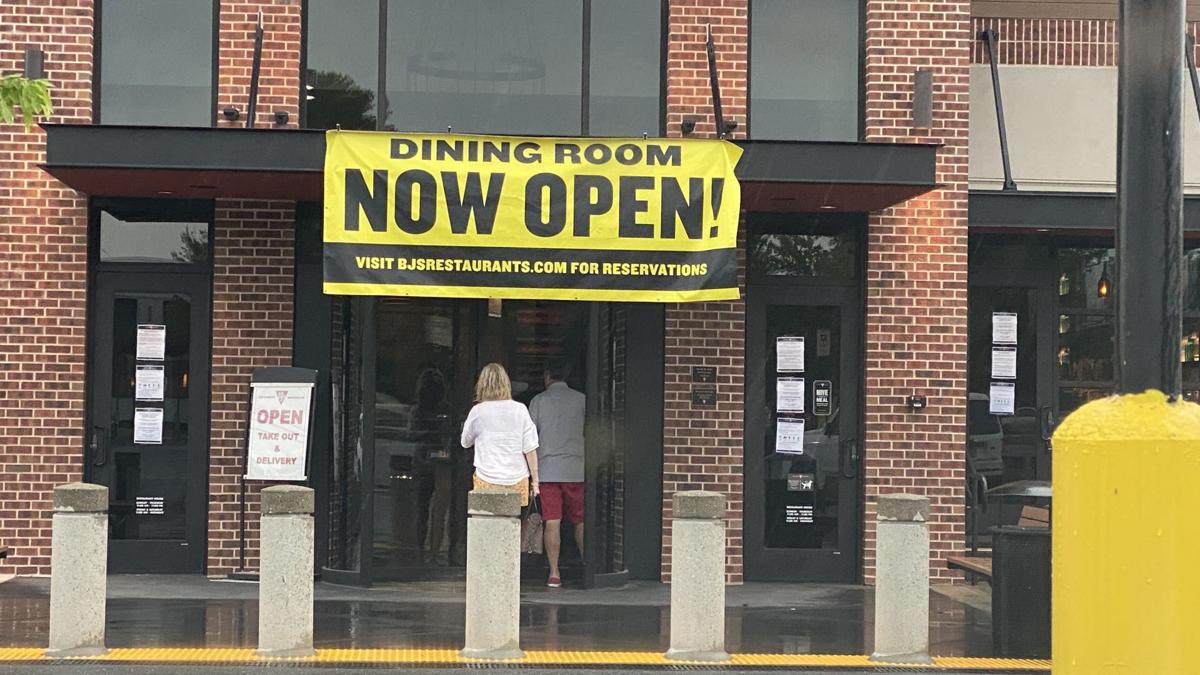 BJ's Brewhouse opened its door to inside dining Friday evening.

Two sisters enjoy dining inside Mission BBQ on Friday afternoon. As part of the governor’s Phase Two guidelines, restaurants can now reopen for indoor seating, at 50% of normal capacity.

BJ's Brewhouse opened its door to inside dining Friday evening.

New safety precautions and capacity limits are among the changes being implemented across Virginia and locally as Phase Two of the state’s reopening plan begins.

Gov. Ralph Northam’s Phase Two guidelines loosen restrictions on various businesses in most localities, allowing them to reopen, albeit with a limited capacity, as detailed in a 41-page plan.

For the first time since March, gyms and fitness centers were allowed to open Friday, at no more than 30% occupancy. Additionally, group classes are not allowed to exceed 50 people and a 10-foot distance must be kept as much as possible.

Prior to entering a facility, gyms and fitness centers must screen people for COVID-19 symptoms, including checking to see if they have a fever above 100.4 degrees.

An email to members of ACAC Fitness & Health Centers announced the reopening of the club’s Crozet and Pantops locations Friday, with the Albemarle Square and downtown locations expected to reopen Monday.

The Brooks Family YMCA branch also reopened Friday and specified safety precautions in a news release, including amped-up cleaning of locker rooms and other communal areas.

“The YMCA has served the Charlottesville/Albemarle community for more than 164 years, during which we have made it through many challenging times together, none perhaps as impactful for our community and our Y as this COVID crisis,” Jessica Maslaney, CEO of the Piedmont Family YMCA, wrote in the release.

Non-essential retailers also can reopen but must limit occupancy to 50% and assist customers in staying six feet away from others by marking spots in checkout lines.

Albemarle County reopened its parks Friday, including playgrounds, which, according to a news release, will not be sanitized.

Picnic tables and grills will be available for use and are placed in a way to allow for proper distancing. All shelters will open by Tuesday. School playgrounds, tennis courts, basketball courts, athletic fields and tracks also have reopened for non-organized play.

Because of sanitation requirements, county park restrooms, which are cleaned daily, will not open until Tuesday.

According to a news release, some Charlottesville parks facilities and amenities will open between June 8 and June 15.

Reopening facilities and amenities include all playgrounds on park or city school property; tennis courts and picnic shelters; parking lots at McIntire, Pen, Tonsler and Washington parks; the Meadowcreek Golf Course; and the Charlottesville Skate Park.

However, unlike Albemarle, the city will keep outdoor basketball courts closed during Phase Two, as well as all indoor recreation centers, indoor pools, park restrooms, the downtown administration office and spraygrounds.

The City Market To-Go will continue to operate in the pre-order, drive-thru model.

Piedmont Virginia Community College announced Friday that it has reopened tennis courts at the main campus.

Area restaurants also will be able to resume indoor seating, albeit at 50% capacity with 6-foot gaps between seated parties. During Phase One, restaurants were allowed to reopen but limited exclusively to outdoor seating with similar social distancing requirements.

However, this reopening has come too late for some area businesses, such as Wild Wing Cafe, which announced Friday that it will close permanently.

“From the cancellation of spring sports, to the uncertainty of fall college sports and the restrictive operating guides for hospitality based businesses, the challenges that lie ahead for a sports bar in a college town are overwhelming,” Ragland wrote. “After considering many courses of action, [the] Wild Wing Cafe Corporate office and I believe that closing the Charlottesville restaurant is the best option at this point in time. This doesn’t have to mean forever but for now….”

In a joint statement, Eric Terry, president of the Virginia Restaurant Lodging & Travel Association, and Roy Van Doorn, the organization’s Charlottesville chairman, wrote that they are excited for restaurants to reopen and detailed changes, including the use of face coverings except when actually eating.

“This act of mutual respect of wearing face coverings ensures that other guests, staff, and the community can share a common place safely,” the statement reads. “We are confident that the community will supports their favorite restaurant, as they feel comfortable.”

How do you eat with a face mask on? If you take it off can you infect the other people at your table? Do you have to put it back on to go to the bathroom or leave the restaurant?