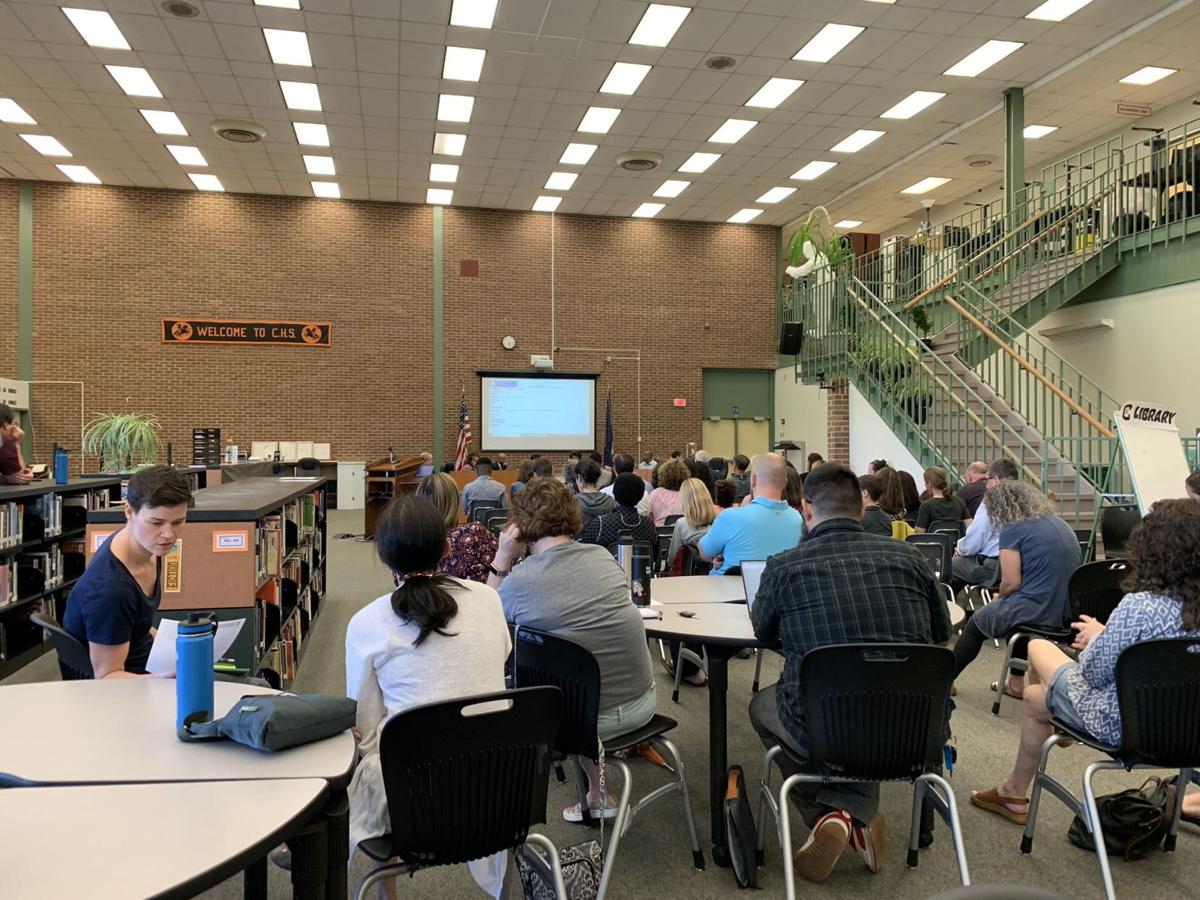 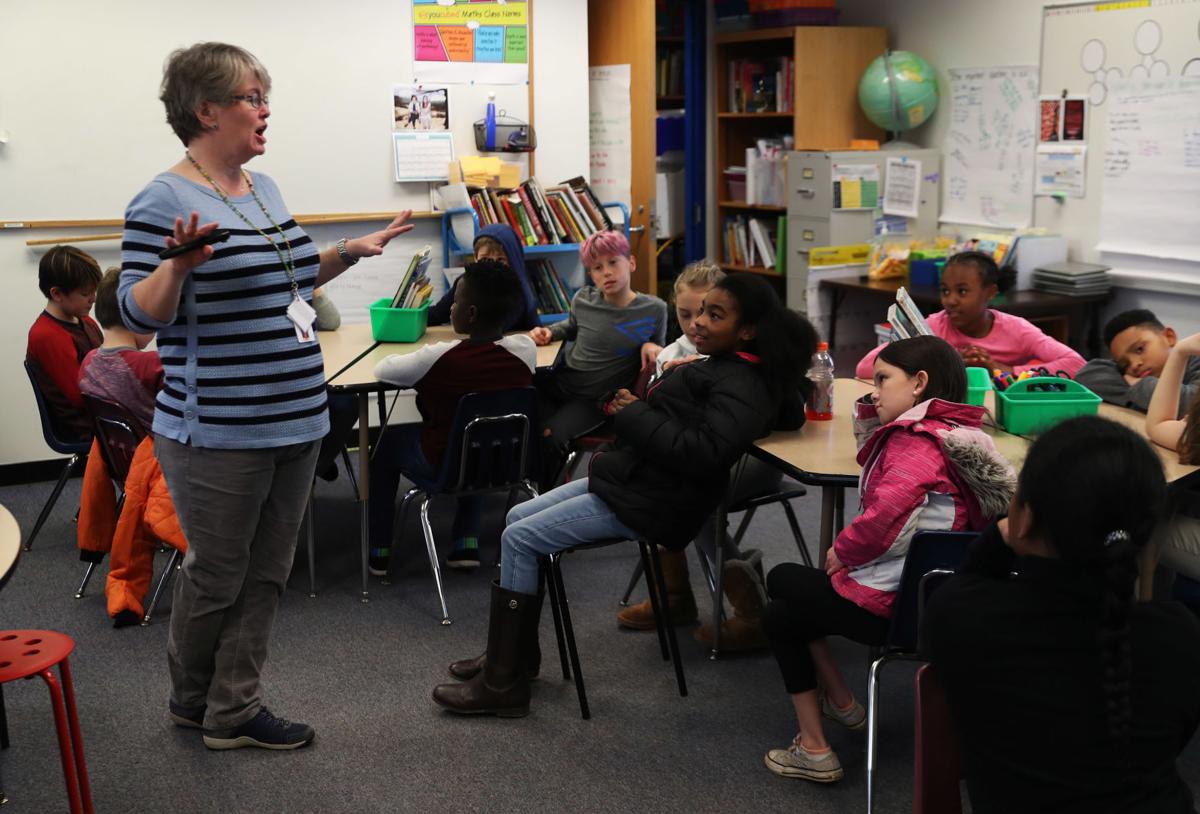 Students who are identified as gifted will work with a gifted specialist in their regular classroom alongside their peers who aren’t identified as such. This approach, known as the push-in model, is aimed at opening lessons and activities previously only available to gifted students to all Charlottesville children. Formal identification for the program also will be pushed from first to third grade.

Those are the most drastic changes proposed for the next school year during Thursday’s presentation to School Board members, who were supportive of the changes but will formally vote on the new model in August.

“I’m excited about this different approach ... it seems like this is more in line with best practices across the country,” board member Sherry Kraft said.

The presentation did not include specific accountability measures. Superintendent Rosa Atkins said in an interview last week that student feedback and their experiences will be useful tools in gauging the effectiveness of the changes.

“This structure, we believe, will help to indirectly communicate to all of our students that they do have gifts and that their potential is unlimited, and that we believe in their talents,” Atkins said. “... When we demonstrate that, our students will know that we are doing it. They are very intuitive young people.”

Quest, the division’s gifted program, has been in the spotlight since a New York Times-Propublica article was published in October that focused, in part, on disparities in the program. White students make up 73% of Quest’s enrollment while representing 43% of the division overall, as of Sept. 30.

Board member Juandiego Wade said the current issues have to be addressed, and they want to make changes that will benefit every student.

During public comment, almost all of the speakers said they were supportive of making changes, but some worried about the additional demands for teachers and the speed and timing of the changes.

State law requires that a gifted program be offered for all students, and Atkins said they will continue accepting nominations for students prior to third grade, which they currently do for kindergarten.

Charlottesville has tweaked Quest several times during the program’s 43-year history. Yet, the practice of pulling gifted students out of the classroom has remained a staple.

“That in itself is what gives the impression that one group is receiving something special while another group is not,” Atkins said. “And that is not our intent.”

“It’s fun for our students to start to squeeze their brains,” she said. “Our students for the gifted, they know exactly what they are doing when they are squeezing their brain. They thrive on that opportunity. I believe there is a broader swath of children who will thrive on those kinds of opportunities.”

Atkins said the plan would require an additional gifted teacher at each school to support providing instruction to all students. Currently, the division employs 12 full-time gifted education specialists.

She would like to have the additional staff in place for the upcoming school year. The division estimates that would require about $620,000, as it would like to hire experienced teachers.

The board voted on Thursday to authorize Atkins to ask the city for $620,000 for salaries and benefits for eight additional teachers.

If the division did not get funding for the additional staff, Atkins said Thursday, they would have to work out a plan for kindergarten through second grade because the priority will need to be third grade and fourth grade, as they have students who are currently identified in those grades.

Atkins said that teachers, specifically those for grades five through eight, will participate in workshops this summer on how to offer differentiated instruction, which means tailoring learning to students’ individual needs.

Before students take the universal screening in third grade, the gifted teacher will work with them to develop their talents and build up their portfolios, which will be used to determine eligibility for the program. Portfolios include assignments, projects and other examples of a student’s work.

In the proposed new program, students in the second grade will take a non-verbal test.

“Currently, we do not administer a non-verbal test, so the non-verbal testing will give us another piece of data to look at as we evaluate the giftedness of our students,” Atkins said at the meeting.

Not all changes for the next school year have been decided. Atkins said the division is still looking at options to change the tests used to screen students and determine whether they are gifted.

“We should never relent and think that when a child comes into school, their ability to achieve has already been imprinted on their brain,” she said. “It has not. We have opportunity after opportunity to help our students develop rich, deep and invigorating cognitive processes that will help them to be high-achievers in almost every area of life.”

Students and community members have called for the elimination of Quest, but Atkins said the state code doesn’t allow the division to nix the program.

Overall, what the proposed changes represent is a narrowing definition of who is gifted but a broadening of the services, she said.

“We’re moving the model to truly tap the students that fall into the area that research says are truly gifted rather than identifying students who are highly talented,” she said. “That’s what we are looking to do.”

Kraft said that some of the discussions in the division and the community point to the “fuzziness” in some of the distinctions between “above average” and “gifted.”

“I think, in my opinion, our services have kind of gravitated toward serving the kids who are above average, but they’re not gifted, including my own kids who were in Quest ... in the way that I, as a psychologist, would think of a gifted student,” she said.

She said she thinks that’s one of the ways in which “some of the inequities have manifested themselves.”

Atkins said trust in this new model and approach will come when the division is transparent about what it is doing and sincere about responding to the needs of all students. The gifted section of the division website is being rebuilt to provide specific information about the process for identification and what happens at the different grade levels.

Building trust, though, will not be easy, she said.

“We are not under any illusion that it’s going to be an easy process and all families will be cheering about the changes that will happen,” she said.

Katherine Knott is a reporter for The Daily Progress. Contact her at (434) 978-7263, kknott@dailyprogress.com, or @knott_katherine on Twitter. For all the latest news on local schools, subscribe to The Cheat Sheet here.

After a critical New York Times-ProPublica article, efforts to rethink gifted education in Charlottesville gained momentum, and the school sys…