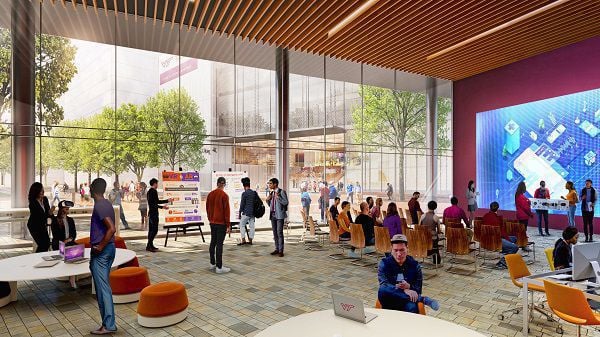 A rendering of Virginia Tech's Innovation Campus in Alexandria. 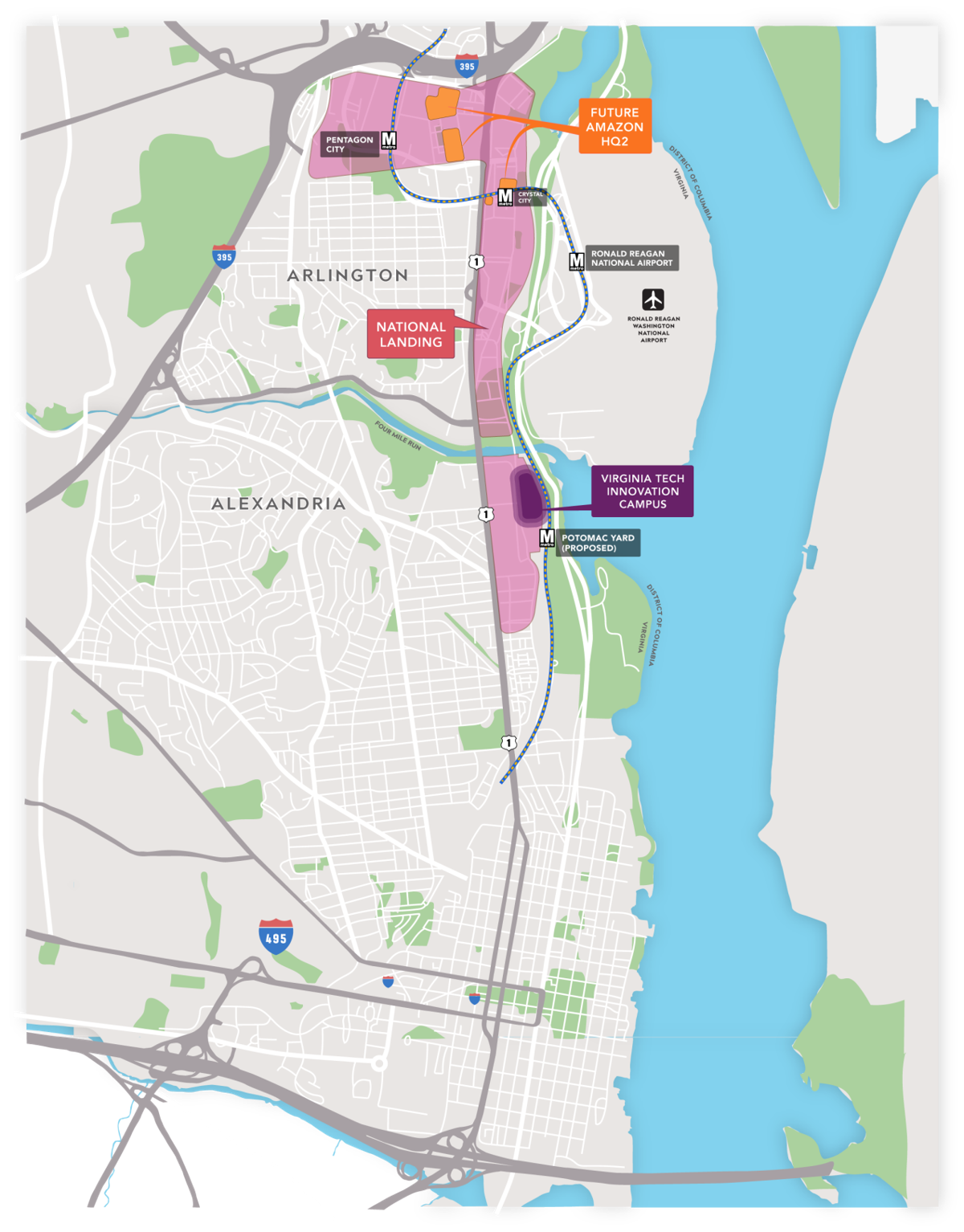 Virginia Tech's Innovation Campus in Alexandria will be near Amazon's HQ2. 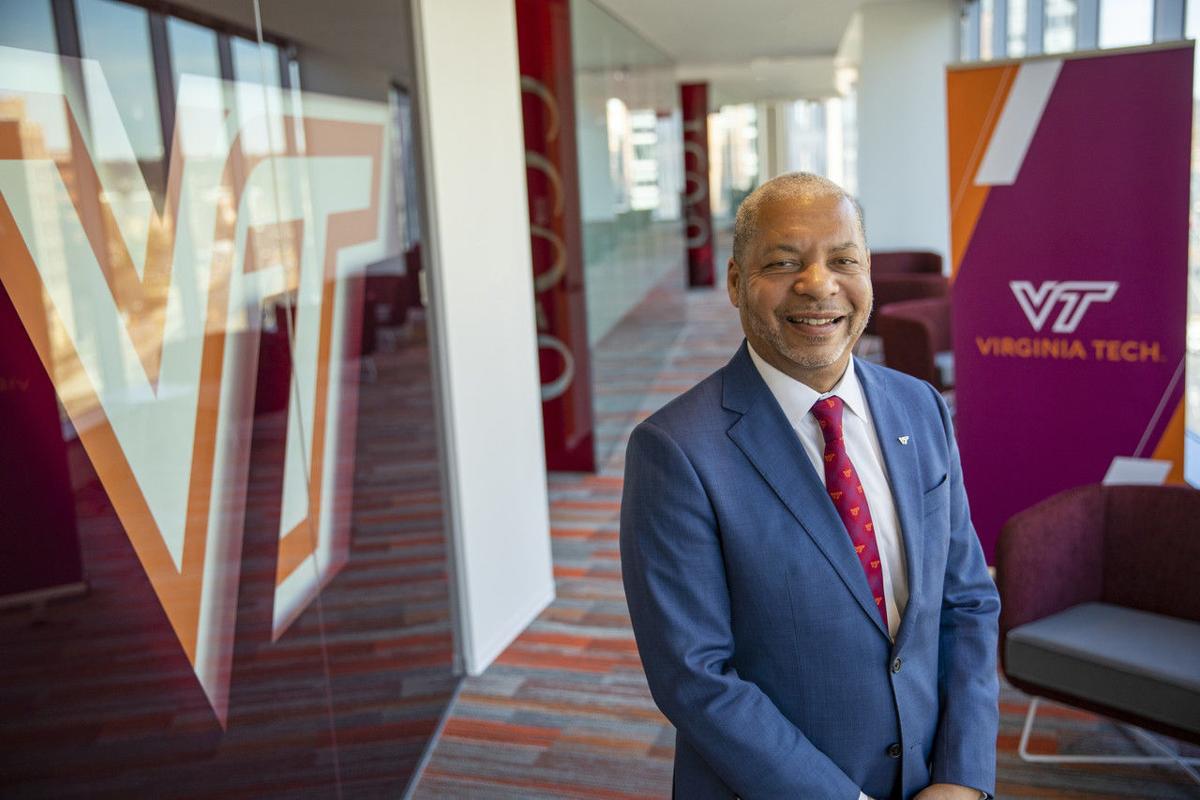 A rendering of Virginia Tech's Innovation Campus in Alexandria.

Virginia Tech's Innovation Campus in Alexandria will be near Amazon's HQ2.

Lance Collins, the dean of engineering at Cornell University, will be the inaugural leader of Virginia Tech’s billion-dollar Innovation Campus in Alexandria, the university announced on Monday.

Collins, 60, was instrumental in Cornell’s establishment of Cornell Tech, a graduate campus that opened in 2017 on New York’s Roosevelt Island.

“Lance Collins is a world-class leader with impeccable credentials, a commitment to collaboration, and experience scaling up both an undergraduate student talent initiative and a new graduate campus in an urban area,” Tech President Tim Sands said in a news release. “He’s the ideal person to build on our momentum and launch a campus in the greater Washington, D.C., area that will expand the pool of tech talent and lead our exploration of the human-computing frontier.”

Tech’s Innovation Campus, announced in 2018, cemented Amazon’s choice of Virginia for its second headquarters, university and state officials have said. The state has pledged $167.7 million toward the campus's first academic building, slated to open in 2024.

The campus is expected to be completed in a decade and to host as many as 750 graduate students in computer science and engineering — with an emphasis on how fields such as artificial intelligence and data analytics intersect with the broader humanities.

“It’s really powerful what technology can do, but it’s important that it be linked inextricably with its societal impact,” Collins said Monday in a telephone interview. “We have the opportunity to construct this campus to blend these things together.”

Collins, who will be vice president and executive director of the Innovation Campus, mentioned digital privacy rights and bias in algorithms as areas that require such a multidisciplinary approach.

Sands has said Tech’s Innovation Campus was inspired by Cornell Tech in its fusion of academics and industry partnerships.

“What’s very similar is these campuses have a mission that goes beyond traditional academic expectations in terms of really advancing the (economic) ecosystems in their respective cities,” Collins said. “What’s really different, and in some ways really unique, about the Innovation Campus is its proximity to the federal government.”

Some students could garner an expertise in tech policy-making, while others work on projects from tech companies, including Amazon. The campus may have to strike that balance — potentially informing federal regulations that could be at odds with corporate profit motives.

Collins will start Aug. 1, just before an inaugural class of about 100 students begins in the fall semester at existing classroom space in Falls Church.

Collins will also serve as a professor of mechanical engineering at Tech. His annual salary will be $650,000, according to a Tech spokesman, which would make Collins among the highest-paid state employees. His office will be located in startup office space that Tech will acquire in Alexandria this year, the spokesman said.

“His experience and expertise in recruiting faculty and students, raising private support and creating partnerships with corporate and government leaders will be critical to Virginia Tech’s success in meeting the workforce needs of the commonwealth and building upon our strengths in teaching and research at the Innovation Campus,” Clarke said in a news release.

Collins is credited with helping diversify Cornell’s college of engineering, including boosting undergraduate female enrollment from 33 to 50% since he became dean in 2010. Collins said leaders at Tech’s new campus will look to develop similar ways to eliminate disparities, with the “goal of not creating the problem in the first place.”

A Tech spokesman said more than 250 people had applied for the position. The university narrowed the pool to 30 to 35 top candidates.