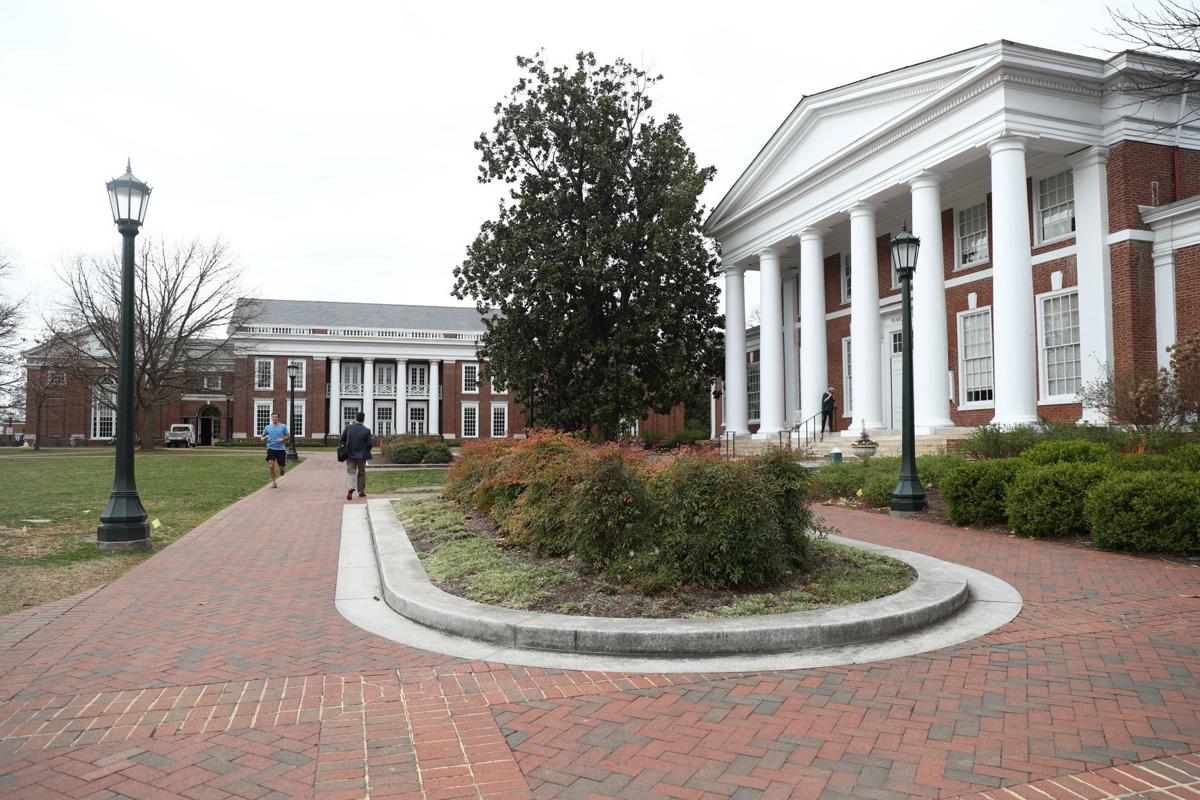 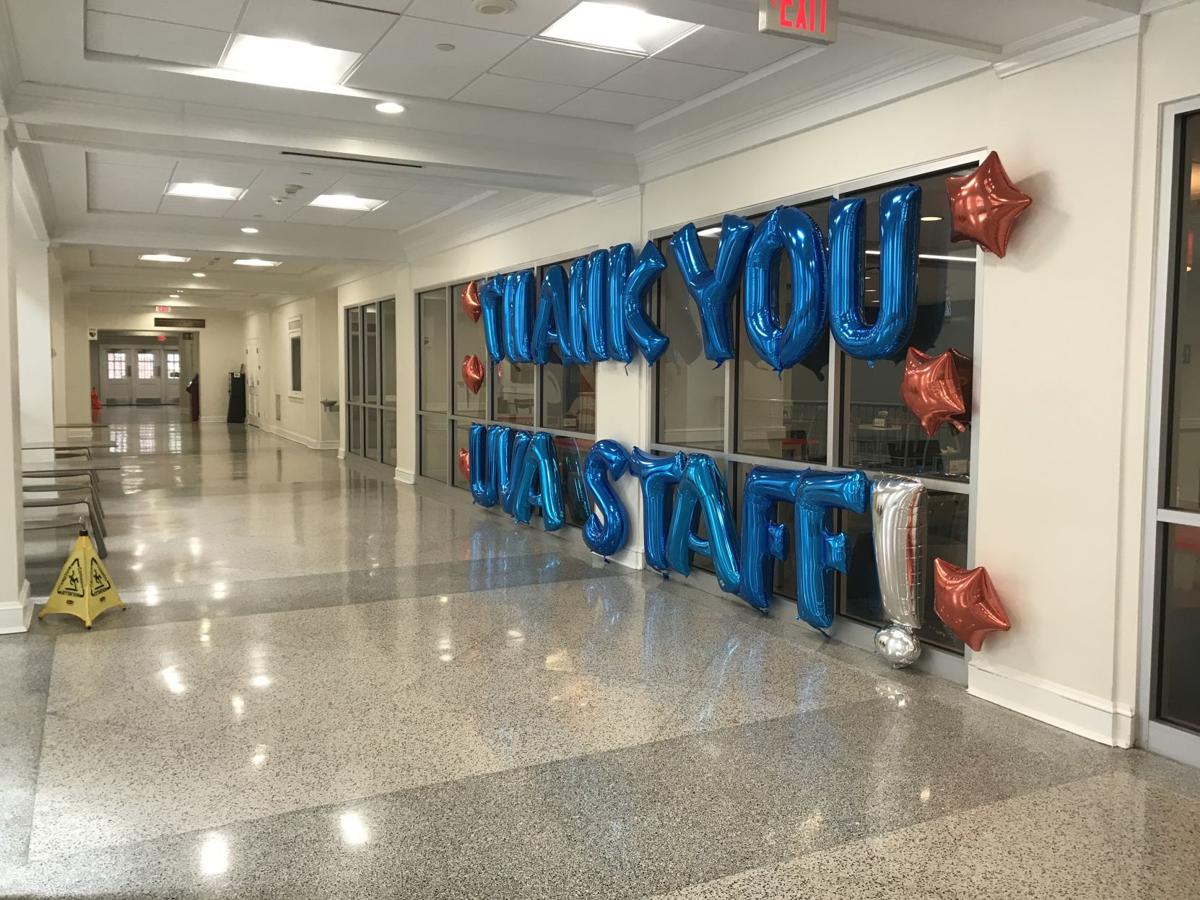 Update 3/12/20: UVa said it will make a decision about Final Exercises by April 15; is looking at offsetting dining and housing costs for students who return home; will continue to pay work-study students who are unable to work; and will ensure all students are able to complete the term. More information about adjustments and accommodations can be found on UVa's website.

The University of Virginia is the latest college or university to shift classes online as officials ask institutions to batten down the hatches in the face of a widening pandemic.

Wednesday afternoon, the university sent a memo to students, staff and faculty that no classes would be held on Grounds “for the foreseeable future, quite possibly through the end of the semester,” as the country and Virginia battle the novel coronavirus.

No cases have yet been confirmed in Central Virginia, according to the Virginia Department of Health, and UVa originally hoped to let students return to Grounds and make it through the semester without a local case, but officials said they felt such a move would create too much risk to local resources.

Online classes will begin March 19, according to the university, effectively extending the typical week-long Spring Break, which began March 7.

“Put simply, UVa has never encountered something quite like this,” President Jim Ryan said in the memo. “There is no roadmap for trying to put most of the university curriculum online in a week.”

Ryan emphasized that the university and its hospital will remain open, and that students who cannot return home will be able to stay in university housing. He also said that students on financial aid who need help returning to their hometowns will receive financial assistance.

Ellie Brasacchio, the Student Council president, said she respects the university’s decision but said she wishes students had been more involved the the decision process and feels there are many more details that still need to be explained.

“The biggest question that Student Council will be asking the university administration is how this will affect student workers and contracted employees, like those working in the dining hall,” she said. “We are advocating that all workers receive paid sick leave, including student and contracted workers.”

For now, Brasacchio said, the council is working on getting more information for students and is setting up a mutual aid program on Facebook to connect students and other members of the university community with transportation, gas and food as needed.

She said she still hopes to be able to return to Grounds for the end of the semester and Final Exercises; for now, university events with more than 100 people are prohibited for the foreseeable future and should be postponed, cancelled or offered virtually.

One marquee event, the April unveiling of the university’s Memorial for Enslaved Laborers, will be postponed, the President’s Commission on slavery and segregation announced Wednesday afternoon. The Miller Center of Public affairs also said it would postpone upcoming March and April events.

UVa has already asked staff to restrict domestic and international travel in order to avoid spreading or coming into contact with the virus.

Faculty will hear more from school deans about how to move classes online and how to receive necessary training and technology; the university said “some research will be put on hold,” but hopes to have core research continue.

Some essential labs in departments, according to professors and researchers at staff meetings on Wednesday, will remain open, with additional safety protocols.

Some faculty had begun preparing to shift to online formats before UVa’s official announcement. Siva Vaidhyanathan, a professor of media studies, said that as universities across the country began making changes, he decided to start reformatting his syllabus and grading rubric. He said online instruction is typically harder than face-to-face, but that faculty and students seem to have seen the decision as inevitable.

“It became pretty clear universities would become hothouses of infection as soon as students came home from Spring Break,” he said. “We really needed four weeks to prepare for this; instead we get four days.”

Vaidhyanathan said he’s familiar with many online teaching methods, and plans to shift to a series of micro-assignments based on readings and videos for students who will no longer be able to go to in-person discussions or the library. He’ll also host office hours and advising hours on Zoom or Skype.

He said that he thought most faculty would be able to muddle through the basic changes needed, but said he worried about the ability of STEM faculty and service staff to manage the change.

“It isn’t that scary or unfamiliar to me, but the fact I’ve done it time and time again shows me it’s a lot harder to teach this way,” he said.

Athletics and events at the John Paul Jones Arena, however, will move forward as planned for the time being, according to the university, but restrictions “remain under discussion and consideration.”

Vaidhyanathan said he viewed the decision to continue athletic events as “dangerous and irresponsible.”

“Is a baseball game a less likely vector for infection than a lecture?” he said.

For the time being, according to the university, staff should continue reporting to work as usual. It is not yet clear if or how staff who are sick or who have hours reduced will be compensated.

In 2018, according to Hamilton Lombard at UVa’s Weldon Cooper Center, an estimated 236,778 Virginians — or about 2% — worked primarily from home. Many others may have a flexible arrangement where they occasionally or a couple times a week work from home, he said.

Virginia so far has nine confirmed cases of COVID-19, the disease caused by the coronavirus. In a press conference Wednesday morning, Gov. Ralph Northam sought to reassure residents and said he was not yet ready to declare a state of emergency.

Other major universities across the country, including Harvard University, Columbia University and Princeton University, have announced that they would shift some or all of instruction online and close various parts of campus down.

UVa was the first Virginia university to make the move; later on Wednesday, the College at Wise, Virginia Tech and Radford and James Madison universities announced they also would change operations and shift online.

Elsewhere in Charlottesville, the Virginia Festival of the Book, which is affiliated with the university, on on Tuesday became the first major local event to cancel.

UVa has launched a new website designed to keep the public informed about its response to COVID-19.

UVa Health also has created a website about the virus, with information for patients including frequently asked questions about the coronavirus, steps to protect health and where to find additional information.

“UVa Health’s Epidemiology and Emergency Management teams have together developed a response plan. The plan is being updated regularly based on the latest updated from the federal Centers for Disease Control and Prevention (CDC) and the Virginia Department of Health (VDH). Our goal is to protect the health of our patients and team members and quickly identify anyone who may need to be tested for the coronavirus,” according to a statement on the website.

This week, Piedmont Virginia Community College and K-12 schools in the area began sharing their pandemic plans, but none have yet announced plans to close or substantially change activities.

A PVCC spokeswoman said the college leadership team is meeting daily and monitoring other organizations’ decisions; a decision about operations should come within the week.

STAY UP TO DATE

Many state, local and national agencies have created websites to provide information about COVID-19, a respiratory illness caused by a new strain of the coronavirus.

The Thomas Jefferson Health District also has created a hotline at (434) 972-6261 which is staffed from 8 a.m. to 4:30 p.m. Monday through Friday to answer questions regarding coronavirus. The public can leave messages that will be returned as soon as possible. If someone is experiencing a medical emergency, they should call 911.

10 cases of confirmed COVID-19 in the commonwealth

State government officials sought to stave off alarm Wednesday over the 10 confirmed cases of COVID-19 found in Virginia this week, including the first confirmed case in Central Virginia.