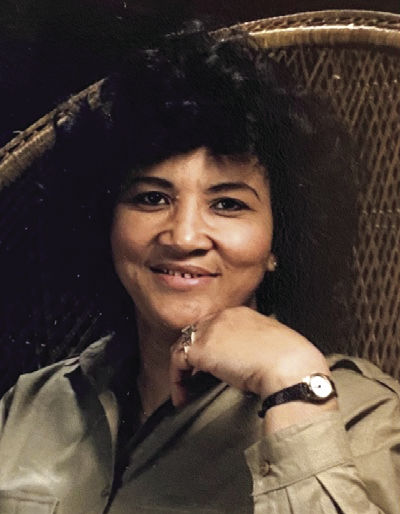 April, 19, 1943 - Sunday, March 22, 2020 Lucille Minor Brown departed this life on Sunday, March 22, 2020. She was born on April 19, 1943, to the late Ellen and John Minor of Gordonsville, Virginia. Lucille was united in Holy Matrimony on July 21, 1962, to Robert "Bobby" Brown Sr. God blessed this union of 58 years with four loving children. Lucille was preceded in death by four brothers, Richard Twyman, Gilbert Twyman, William Twyman, and John Minor; and three sisters, Margaret Maupin, Ophelia Terrell, and Florence Page. Lucille leaves to cherish her memory her husband, Robert "Bobby" Brown Sr.; four children, Robert "Robie"(Charlotte), Vandella, Rovelle (Terri), and Luvelle; six grandchildren, Robert "Tre", Miniya, Savion, Landyn, and Aiden; one great-grandchild, Traeden; a devoted niece, Christie; and a host of nieces, nephews, other relatives and friends. Lucille received Christ at an early age at Wildon Grove Baptist Church. In later years, she became a member at Evergreen Baptist Church in Palmyra. At Evergreen, she served as the Vice President of the Missionary Board and President of the Senior Choir for many years. In addition to serving her church, Lucille was a dedicated member and officer for the Fluvanna County Branch of the NAACP. The branch recognized her with various recognitions and awards for her phenomenal work. Lucille was actively involved with the education of her children and generations of other young people in Fluvanna County. She was employed with the Fluvanna County Public Schools as an Instructional Assistant and support staff for the Technology Department for 44 years. In addition to working during the school year, Lucille worked as a counselor in the youth employment division with MACCA for 30 summers. Lucille enjoyed baking and was known throughout the region for her famously delicious pound cake. She also enjoyed going to yard sales, time with her family, shopping, and she was the biggest fan of the University of Virginia Men's Basketball Team. Graveside services will be held at 1 p.m. on Thursday, March 26, 2020, at Evergreen Baptist Church Cemetery. Her remains will lie in repose at the church one hour prior to the services. J.F. Bell Funeral Home is in charge of arrangements. www.jfbellfuneralservices.com.

To plant a tree in memory of Lucille Brown as a living tribute, please visit Tribute Store.
+1
Plant a tree
+1

Sending our heartfelt love and sympathy to the Brown and Minor family...Ms. Lucille will be missed dearly....With Love...Lessie and Luther Sims and Family..