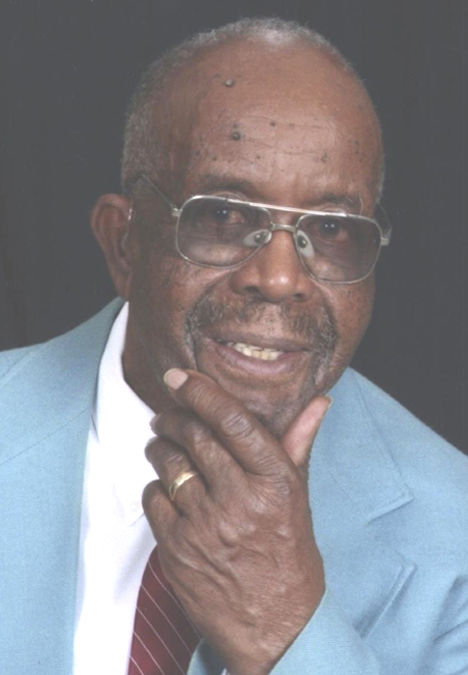 June 20, 1922 - June 15, 2020 Ecklie "Brother" H. Burton entered eternal rest on Monday, June 15, 2020. He was born on June 20, 1922, in Buckingham County, Virginia to the late Isaac and Carrie Burton. Ecklie was the oldest of ten children. He attended Ridgeway, a one room schoolhouse in Buckingham County. Ecklie developed his devotion to God and his Christian faith at an early age where he joined the Ridgeway Baptist Church in Buckingham County. There he served along with his siblings for many years and he supported Ridgeway Church until his decline in health. Ecklie relocated to Charlottesville, Virginia, and began to attend the Mount Zion Baptist Church where he actively attended for well over 60 years and served as a faithful member of the choir. In 1947, he married Louise Bowman. They were married for 54 years until her death in 2001. Ecklie was blessed with the gift of baking and worked as a baker for 30 years at the University Cafeteria in Charlottesville. It was also his love for gardening and landscaping that in 1975 he would then start his own landscaping business. He faithfully planted a garden, pruned shrubbery, cut grass and trees until the age of 95. Ecklie was a soft-spoken, yet very direct man with his comments. He had a straight-faced, mildly sarcastic sense of humor and sometimes you would miss the joke, but he would be in tears laughing. In today's fast pace modern society, being a good man can seem like a complex undertaking, but Ecklie certainly met the mark. He was truly a great man with self-determination. Nothing could stop him as he trusted in his own skills. His inner assuredness translated in mental willpower, which took him to the top in anything he did. His gifts and talents will never be forgotten. Ecklie married longtime friend Beatrice G. Harris in 2010 which would become the highlight of his seasoned years. Beatrice faithfully remained by his side until his passing. He was proceeded in death by his first wife, Louise Bowman Burton; seven siblings, Elizabeth Early, Viola Roberts, Harvey Burton, Douglas Burton, Mariah Chavers, Fannie Burton, and Walter Burton. He is survived and leaves to cherish his memories his loving wife, Beatrice G. Burton; and stepchildren, Lorenzo Gray, Beatrice Henderson, Angelo Gray, Jeffrey Gray and Jennifer Lastrad; two siblings, Carrie Burton and James Burton; three sister in-laws, Corinne Burton, Joyce Burton, Birdeen Rush and family; devoted niece, Bernice Taylor; devoted great-nephew, Eric Taylor; along with countless nephews, nieces, cousins and a host of friends. Also, dedicated friends, Roger Austin, Otto Bates, Phillip and Claressia Bell, Dr. and Mrs. Albert Booth, Janice Martin, Ellie Shackelford, and Nannie Woodson. Ecklie will be missed and celebrated for his spirit and light he spread to all he encountered in his 97 years on earth. A graveside service will be held at 12 p.m. on Tuesday, June 23, 2020, at Ridgeway Baptist Church, Scottsville, Virginia. Walk through viewing will be held from 12 until 7 p.m. on Monday, June 22, 2020, at the J. F. Bell Funeral Home Chapel. J. F. Bell Funeral Home is in charge of arrangements. To pay condolences to the family please sign the guestbook at www.jfbellfuneralservices.com. J. F. Bell Funeral Home Inc. 108 6th St. N.W., Charlottesville, VA

To plant a tree in memory of Ecklie Burton as a living tribute, please visit Tribute Store.
+1
Plant a tree
+1