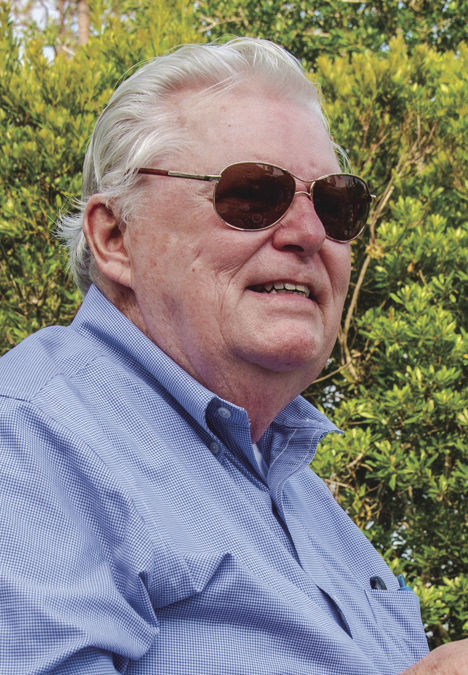 Cornelius "Neil" Cahill, 82, of Leland, N.C., died peacefully on Friday, January 3, 2020. He was born on June 7, 1937, in New York City to Margaret M. Sullivan Cahill and Thomas Henry Cahill. Neil grew up in Fall River, Massachusetts, where he was a dedicated member of St. Peter and Paul Catholic Church and graduated from Durfee High School. After serving in the United States Army from 1956 to 1958, Neil obtained his bachelor's degree from University of Massachusetts-Dartmouth in 1961 and his master's degree from the Institute of Textile Technology in 1964. Neil worked in upper management of the U.S. textile industry from 1964 to 1974, including Milliken & Company, Bibb Manufacturing and National Spinning Company. He rejoined the Institute of Textile Technology, in Charlottesville, Virginia, in 1974, as a manager and director of textiles research. From 1975 until his retirement in 2002, he served as an instructor and advisor to the Institute's graduate students, many of whom became leaders in the U.S. textile industry. As the Institute's Vice President of Manufacturing Technology from 1984 to 2000, Neil traveled throughout the world as an expert in textile manufacturing. He served as consulting editor of Textile World Magazine from 1989 to 2001, and published many papers and articles on global competitiveness and textile profitability engineering and was named one of the "Top Ten Textile Industry Leaders" by Textile World Magazine in 1990. Renowned nationally and globally as a preeminent innovator in the field of 21st century world class textile manufacturing competitiveness, Neil was known by his colleagues as one of the most creative minds in the industry and often as the "lone voice thinking outside the box on a large team of engineers". He retired to Wilmington, N.C., in 2002, and later moved to Leland, N.C. After his retirement, Neil embarked on a new career as full-time grandfather and entertainer to his nine grandchildren, whom he adored and spent as much time with as possible. He was a dedicated parishioner and usher at Basilica Shrine of Saint Mary in Wilmington, NC. Neil was known as a kind, cheerful, generous, and intelligent man by all who knew him. He will be missed deeply by his friends and family, particularly for his wit and his talent for singing Irish tunes at unexpected moments. His family and his faith in God and the Catholic Church were the most important things in his life. Neil was preceded in death by his parents; his brother, Thomas Henry Cahill; his aunt, Mary "Mae" Murphy; his beloved cousin and dear friend, Daniel Francis Cahill; and his granddaughter, Genevieve Claire Allman. He is survived by his children, Jennifer Cahill Schrimper, Cathleen Cahill Allman, and Cornelius "Neil" Michael Cahill and daughter-in-law, Tammy Cahill, and his grandchildren Tyler, Scarlett, Ashtyn, Ryan and Jillian Schrimper, Zoe Allman, and Christopher, Caitlin and Cassidy Cahill. He is also survived by his cousins Dan, Cristin and Barbara Cahill; and his ex-wife and her husband, Patricia and Tommy Garner, with whom he was best friends for many years until the time of his passing. A funeral mass will be held at 10 a.m. on Friday, January 10, 2020, at Basilica Shrine of Saint Mary in Wilmington. An Irish-themed celebration of Neil's life will be held at his home in Brunswick Forest, Leland, following the service from 12 until 3 p.m. In lieu of flowers, donations may be sent to the Sister Isaac Center, 412 Ann St., Wilmington, NC 28401. Arrangements are in the care of Andrews Mortuary and Crematory.

To plant a tree in memory of Cornelius Cahill as a living tribute, please visit Tribute Store.
+1
+1