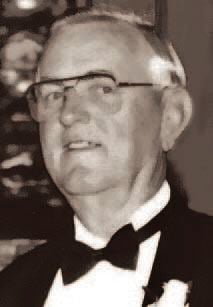 September 20, 1931 - June 23, 2020 John Wylie Davenport, 88, of Staunton, passed away on Tuesday, June 23, 2020, at Sentara Martha Jefferson Hospital in Charlottesville. Mr. Davenport was born in Gordonsville, Va., on September 20, 1931, a son of the late Wallace L. and Agnes (Dempsey) Davenport. In addition to his parents, John was preceded in death by a sister, Agnes Vivian Davenport; and two brothers, Thomas E. "Ted" and Wallace C. Davenport. Surviving are his wife of 59 years, Bernice "Bunny" C. Davenport, of Hampton, Va.; his son, Michael "Eric" Davenport and his wife, Lisa of Aledo, Texas and their family, Ethan, Riley and Elise; his daughter, Rebecca "Becki" Gale Spitzer-Duday and her husband, Chris of Charlottesville, Va., and their family, Allie (Spitzer), Jacob and Macy Tackett, Brandon, Brooke H. and Finnley Spitzer and Alexis Duday. Also surviving are his sister, Mary Garland Lunsford of Delaplane, Va.; and numerous nieces and nephews. John attended Orange County High School and graduated from Fork Union Military Academy. He attended the University of Richmond, where he pitched for the Spiders baseball team, before transferring to the University of Virginia. John and Bunny were married on March 18, 1961. They moved to Staunton and joined Emmanuel Episcopal Church, where he served on the Vestry and they both assisted with youth group activities. John was a Past-President of the Augusta Lions Club and the Young Men's Civic Club of Staunton. He retired from Staunton VDOT in 1991, after 30 years of service. John enjoyed all sports, especially golfing at the Gypsy Hill Golf Course and many other courses, and was an avid UVA Basketball fan. John had a great sense of humor that brought smiles to everyone around him. He also enjoyed puttering in the garden, feeding his hummingbirds and fishing. Dearest to his heart were his faith in God and love for his wife and family. It is suggested those desiring make memorial contributions to the Emmanuel Church, 300 West Frederick Street, Staunton, VA 24401. A celebration of life will be arranged at a later date. Coffman Funeral Home and Crematory, 230 Frontier Drive, Staunton is in charge of his arrangements. Condolences and memories may be shared with the family online at www.coffmanfuneralhome.net.

To plant a tree in memory of John Davenport as a living tribute, please visit Tribute Store.
+1
Plant a tree
+1