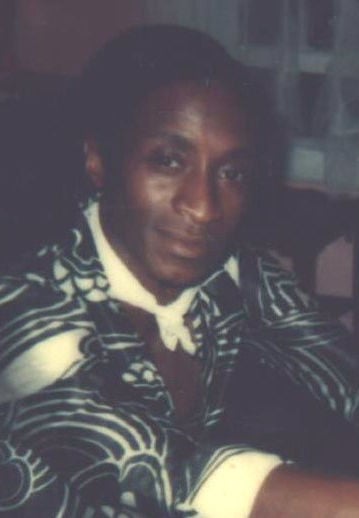 Charles Lamore Dowell, 74, of Charlottesville, Virginia departed this life on Saturday, December 28, 2019. He was born in Albemarle County, Virginia, a son of the late Murray M. Dowell and Ellen Williams Dowell. He was the husband of Alice Haughton Dowell. Two sisters, Willie Dowell and Pauline Cowan; and two brothers, Ralph Dowell and Lee Dowell preceded him in death. He was formally educated in the Albemarle County School System and was a self-employed Landscaper and Car Detailer. Collecting Cadillac convertibles were his love. Charles was baptized at an early age at First Baptist Covesville in Covesville, Virginia. Making breakfast in bed for his wife and cooking were favorite pastimes along with his passion for dancing. He was a James Brown fan and could imitate him to perfection. Spending time with his family and friends and especially his first great-grandson, Nolan was what he loved most. He leaves to cherish his memory his loving wife, Alice H. Dowell; four sons, Charles L. Dowell Jr., Anthony Muhamad (Lazette), Shawn Muhamad (Jamella), and Corey Dowell; two daughters, Evanger Crenshaw (Bill) and Aretha Brown (Art); 10 grandchildren, Antonio, Tanguel, Terrence, Janelle, Saniyah, Attalah, Rasul, Surah, Anisah, Laila; one great-grandson, Nolan; two brothers, James A. Dowell and Linwood A. Dowell; two sisters, Polly D. Sandridge and Cornelia D. Johnson-Robinson; sister-in-law, Anna Tyree; three brothers-in-law, Edward Haughton (Joyce), James Haughton (Willie), and George Haughton; and a host of other relatives and friends. A memorial service will be held at 12 p.m. on Saturday, January 11, 2020, at the J. F. Bell Funeral Home Chapel. J. F. Bell Funeral Home is in charge of arrangements. Condolences may be rendered to the family via the guestbook at www.jfbellfuneralservices.com.

To plant a tree in memory of Charles Dowell as a living tribute, please visit Tribute Store.
+1
+1