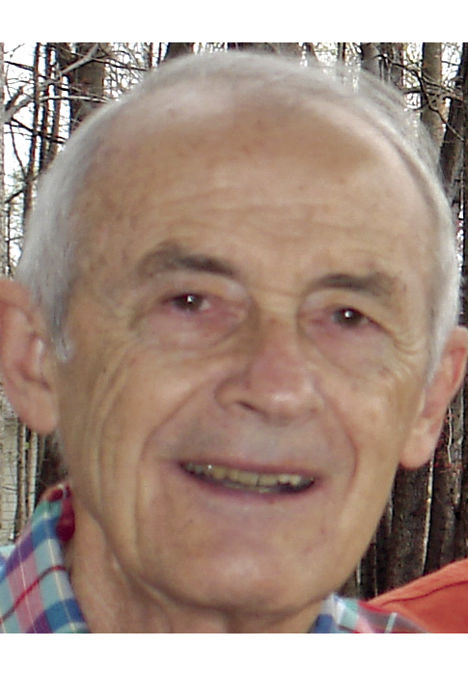 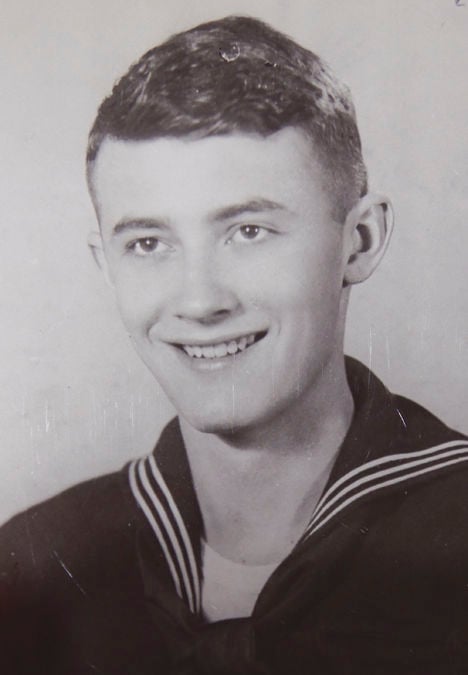 Robert Rives Humphris, 90, of Charlottesville, departed this life on Wednesday, November 20, 2019, in Charlottesville. His passing was peaceful, and he was with family. Born in Lexington, Virginia, on December 30, 1928, he was the son of Margaret Louise Eubank Humphris and Curtis Carlyle Humphris. He was preceded in death in 2004 by his beloved wife, Charlotte Yancey Humphris, and in 2015 by his beloved granddaughter, Hannah Rose Humphris, and his dear nephew, Curtis C. Humphris III. He is survived by his devoted children, Robert Humphris Jr. of Charlottesville, and Patricia Humphris Ledford and her husband, Joel Ledford, of Richmond, Virginia. He is also survived by his brother, Curtis C. Humphris, Jr. and his wife, Carolyn Duke Wiley Humphris, of Daleville, Virginia; sister, Elizabeth H. Spencer and her husband, Dr. Edgar W. Spencer, of Lexington, Virginia; nieces, Margaret Ann Humphris and her husband, James Shavor, of Baton Rouge, Louisiana, Elizabeth Shawn Spencer and her husband, Dr. Steven Levine, of Boston, Massachusetts, and Kristen Shannon Spencer and her husband, Dr. Richard Wallace, of Collegeville, Pennsylvania; nephews, David Duke Humphris and his wife, Allison Drew Humphris, of Atlanta, Georgia, Hunter Blair Yancey and his wife, Carol Lagan Yancey, of Charlottesville, Virginia, and Kemper Shipp Yancey of Kill Devil Hills, North Carolina; and great-nephews and -nieces, Tucker Spencer-Wallace, Jonah Spencer-Wallace, Elizabeth Yancey Hart, and Katherine Blair Yancey; and three great-great-nieces and -nephews. He also leaves behind special devoted friends, Ann and Dennis Rooker. Dr. Humphris graduated from Lexington High School as valedictorian, and was an Eagle Scout. He served in the U.S. Navy from 1946 to 1948, as a 2nd Class Electronics Technician Mate aboard the USS Portsmouth. In 1952 he obtained a BS in Electrical Engineering from UVA, where he was a member of the Raven Society, the Beta Theta Pi social fraternity, and the Theta Tau Engineering Fraternity. He was elected to the Honorary Scientific Society of the Sigma Xi, Tau Beta Pi and Phi Eta Sigma Honorary Scholastic Societies, and was awarded the Allan Talbott Gwathmey Award for research. Upon their graduation from UVA in 1952, he and his bride Charlotte moved to Albuquerque, New Mexico, for his position as a Staff Engineer at Sandia Laboratories, where he performed experiments on precision electronic timing circuits. In 1954 they moved back to Charlottesville, where he received Master's and Doctoral degrees in electrical engineering. Dr. Humphris held patents related to magnetic bearings and low-energy particle detectors. He was the author and co-author of many scientific papers and articles on weather effects on proximity fuses, measuring the drag of various satellite materials, development of magnetic suspension for a superconducting supersonic wind tunnel, and magnetic bearings for rotating machinery. He was for many years a member of the Institute of Electrical and Electronics Engineers and the American Vacuum Society. He retired from the University of Virginia in 1994 as a Research Professor, having been on the research faculty of the School of Engineering and Applied Sciences for 40 years. Dr. Humphris served his community well, starting in the 1960's on the Charlottesville School Board. From 1978 to 2009, he served on the Board of Directors of the Albemarle County Service Authority, and was its chairman for 15 years. He was a founding member of Albemarle County Taxpayers, and was for many years a member of Citizens for Albemarle, also serving on its Board of Directors. He was a founding member and member of the Board of Directors of the Charlottesville-Albemarle Transportation Coalition (CATCO), and also a member of the Board of Directors and Treasurer of the Lee-Jackson Educational Foundation for many years. As well, he served on the Board of Directors of the Stonewall Jackson Foundation and the Historic Lexington Foundation. He was a staunch supporter of the Piedmont Environmental Council and the Southern Environmental Law Center. Dr. Humphris was a member of Christ Episcopal Church and served on its vestry. He was a member of Farmington Country Club and the Senior Center. Active in dowsing since 1972 (and having successfully dowsed for numerous local wells), he was for many years a member of the Board of Directors of the American Society of Dowsers, and was Scientific Advisor of the American and Canadian Societies of Dowsers. For the past 15 years, he loved watching UVA sports with a faithful group of friends, and he played tennis until he turned 90. He immersed himself in genealogy, and delighted in watching the numerous birds at his backyard feeders. Dr. Humphris (known as Bob) was a quietly extraordinary human being. Although possessed of great intelligence, he never considered himself better than anyone else. Rather, in humility, his kindness, his gentleness, his servant's heart and his selfless care for others endeared him to many. To know him was to love him. A private graveside service will be held on Monday, December 23, 2019, at Monticello Memory Gardens. A gathering to celebrate Bob's life will be held at a later date. Those wishing to be notified once the arrangements have been decided should send an email to RememberingBobH@gmail.com. In lieu of flowers, the family requests that anyone wishing to honor Bob's life consider a contribution to Camp Holiday Trails (campholidaytrails.org); or to Hospice of the Piedmont (hopva.org). Words cannot express our love or our loss (but heaven's gain).