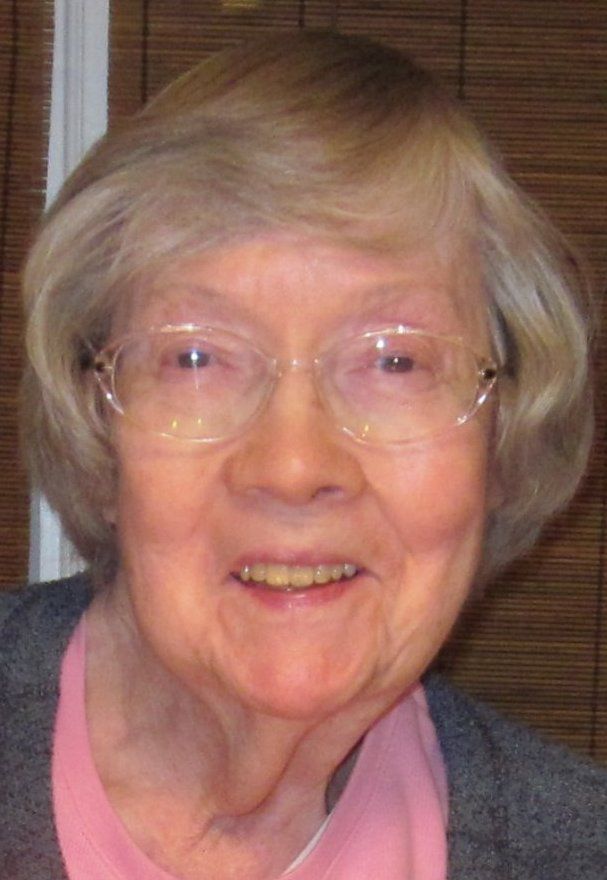 Ruth Elizabeth Crane Leitch, 95, passed away peacefully at the Laurels on Monday, January 6, 2020. She was born December 2, 1924 in Newton, Mass. to the late Robert F. Crane and Grace M. Walsh. She was preceded in death by her daughter, Emily Ruth Leitch Griffith; her siblings, Robert Crane, Maurice Crane, Richard Crane, Grace Crane Johnson and Dorothy Crane Harmon; and ex-husband, Meredith Leitch III. Ruth is survived by her loving children, Katherine Burns and husband, Clark of Frederick, Md., Elizabeth Cooke and husband, David, of Charlottesville, Va.; son, Meredith Leitch IV and wife, Pam, of Fort Worth, Texas, Anne Leitch of Rockville, Md.; and son-in-law, Dirk Griffith of Kinston, N.C. Ruth is also survived by her loving grandchildren, David, Allison and Amy Grace Cooke, John, Robert and Chris Leitch, Maggie and Laura Naccarato, Olivia Burns and Katie Griffith. She is also survived by her wonderful nieces and nephews and their spouses and children. Ruth grew up in Newton, Mass. and worked in Boston, Mass. after high school. She moved to Venezuela to work and live with her sister Gracie for a few years. She then moved to Saudi Arabia in 1955 to work for Aramco Oil Co. as a legal secretary and met her husband, Meredith Leitch III. They married in 1959 in Rome and moved to Bronxville, N.Y. Shortly after having her first child, Katherine, they moved to Venezuela and had three more children, Elizabeth, Meredith IV and Emily. They moved back to the United States in 1964 and had their youngest child, Anne. Ruth settled in Stamford, Conn. and raised her children and then returned to the work force at the Ferguson Public Library in Stamford. She retired to Melbourne Beach, Fla. where her sister, Dottie and brother, Maurice lived in 1985 and had many happy years with her family and friends in Florida. In 1993, she moved to Charlottesville and eventually resided with her daughter, Liz in Ivy. She lived at the Laurels for the past six years and was lovingly cared for by the whole staff on the dementia unit. Dr. Lindsey Neal made sure she was well cared for and made Ruth's journey so comfortable. Ruthie loved her family, reading, a good crossword puzzle and traveling. She was always up for an adventure and laughter was frequent and prolonged with her around. She loved a cup of hot tea and cookies with friends and family and we all have memories of our "cuppa" with Nana. She will be greatly missed by many but we know she is having a wonderful time in heaven with all those that have been waiting for her. A celebration of Ruth's life will be held Saturday, January 25, 2020, at 2 p.m. at St. Paul's Ivy Church, Owensville Road, Charlottesville, Va. A tea and cookies reception will follow her service in the parish hall.

To send flowers to the family of Ruth Leitch, please visit Tribute Store.
+1
+1