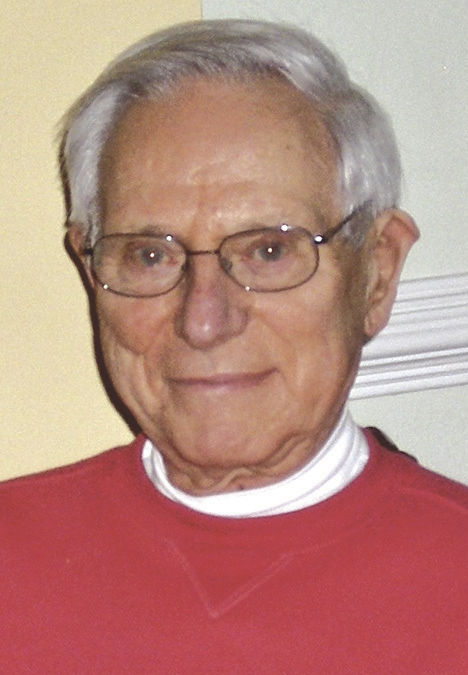 October 12, 1931 - Tuesday, March 10, 2020 Robert "Bob" Louis Metzger suddenly and peacefully transitioned on Tuesday, March 10, 2020. He was born on October 12, 1931, in Baltimore, Md. He was the second child of the late Elsie S. and Melvin L. Metzger. He was also preceded in death by siblings, Melvin A. and David W. Metzger and Patricia M. Brown. Bob graduated from Dundalk High School and received a B.S. in Accounting from the University of Baltimore. In 1952, Bob married the love of his life, Jacqueline "Jackie" Gail Davis, who preceded him in death by 9 months. Bob anticipated their joyful spiritual reunion and lived the words of his favorite hymn, "It Is Well with My Soul." Bob worked for Martin-Marietta in Baltimore, Westinghouse Corporation in Pittsburg and Stromberg-Carlson in Charlottesville. Bob retired from ITT in 1996 and utilized his love for accounting by preparing taxes for Pro-Tax. Bob served in the 175th Infantry, 29th Division of the Maryland National Guard for 7 years. Bob was a charter member of the Rosedale Jaycees in Baltimore and also served as the second president. Bob was an active member of his beloved Charlottesville Elks Lodge 389 and served as Treasurer for 10 years. He was also employed part-time as the bookkeeper for the Lodge. In 1964, Bob joined Hinton Avenue United Methodist Church. He was an energetic member participating in activities such as Chancel Choir, lay leader, adolescent Sunday school teacher and Chairman of the Administrative Board. In 2011, Bob transferred membership to Aldersgate United Methodist Church. Pat Daniels and The Fellowship of Friends at Aldersgate were generous and supportive and made it possible for Bob to remain a part of the church community. Bob enjoyed University of Virginia basketball and football as both spectator and usher. He traveled extensively in the U.S. and abroad. Hilton Head Island occupied a special place in his heart as he and Jackie spent many weeks and holidays there with family and friends. Bob resided at Our Lady of Hope in Richmond for the last months of his life where he was an enthusiastic participant. Deep gratitude is extended to Amy Boles, Activity Coordinator as well as his direct care team. Tina Rutt, NP was instrumental in the quality of life for both Bob and Jackie. There are not enough words to express thankfulness for her care, advocacy and support. Bob is survived by his daughter, Stephanie and daughter-in-law, Erin Jenkins, of Maidens, Va.; devoted godson, Lenwood (LA) Johnson of Fishersville, Va.; sister, Doris M. Poulsen of Bel Air, Md.; and nieces and nephews residing in Md. A memorial service for Bob and celebration of life for Bob and Jackie will be held on May 24, 2020, at 2 p.m. at Monticello Memory Gardens. If desired, memorial contributions may be given to Patrick Henry Family Services, 1621 Enterprise Dr. Lynchburg, VA 24502. Condolences may be sent to the family at www.hillandwood.com.

To plant a tree in memory of Robert Metzger as a living tribute, please visit Tribute Store.
+1
Plant a tree
+1