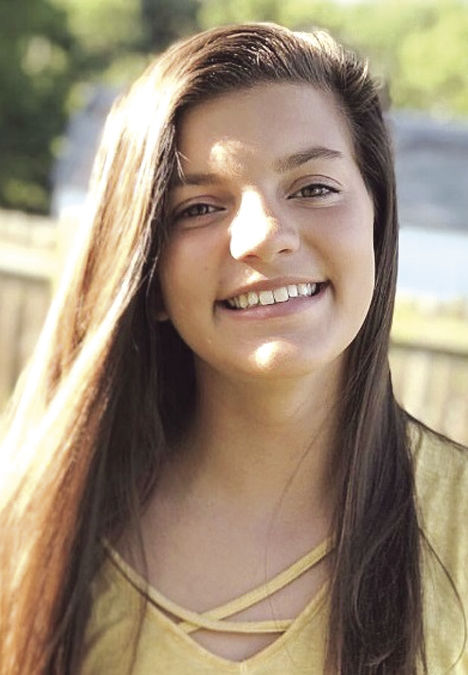 Maggi Grace-Scott Peterson, 13, of 244 Chapel Road, Churchville, Virginia, passed away on Wednesday, October 16, 2019, in the University of Virginia Medical Center. Maggi was born in Fishersville, on January 31, 2006, a daughter of Stephanie A. (Gee) Peterson and Jamey Peterson. Maggi was a member of New Life Baptist Church and the Church Youth Group. Maggi had a strong Love for the Lord and for others. She enjoyed shopping, sports, especially playing softball and basketball. Maggi will be remembered for having a "Strong will to live" and her compassion for others. Maggi radiated Joy and Happiness and brought smiles to many faces even during her difficult time. "Her mission in life was to end Childhood Cancer." She was preceded in death by an uncle, Scott Gee Jr. In addition to her mother, Stephanie A. (Gee) Peterson of Churchville, and father, Jamey Peterson of Staunton, she is survived by two brothers, Jermi Stroemple and his wife, Miranda, of Staunton, and Trent Karicofe of Churchville; maternal grandparents, Scotty Sr. and Alice Gee of Churchville; paternal grandparents, James Sr. and Janet Peterson of Weyers Cave; maternal great-grandfather, Jimmie Gee and his wife, Neila, of West Augusta; an aunt, Heather Richardson and her husband Carl; an uncle, Benji Gee and his wife, Michelle, and their son Paden; her very "Best Friend", Kori Turner; and her "beloved dogs", Ziva, Kingston, and Maybelline. The family will receive friends from 5 until 8 p.m. Monday, October 21, 2019, at the Coffman Funeral Home and Crematory. A Celebration of life will be held 2 p.m. Tuesday, October 22, 2019, at the Church on the Hill in Fishersville, by Pastor Corey Smallwood. It is suggested those desiring make memorial contributions to the UVA Children's Hospital, University of Virginia Health Foundation, P.O. Box 800773, Charlottesville, VA 22908-0773, or National Pediatric Cancer Foundation, c/o Children's Cancer Cause, 1325 G. Street, Suite 540, Washington, DC 20005. The family would like to express their sincere appreciation to Dr. Belyea and team for their exceptional care and compassion shown to Maggi and her family during this difficult time. Coffman Funeral Home and Crematory, 230 Frontier Drive, Staunton, is in charge of her arrangements. Condolences may be expressed to the family online at www.coffmanfuneralhome.net.

To plant a tree in memory of Maggi Peterson as a living tribute, please visit Tribute Store.
+1
Plant a tree
+1