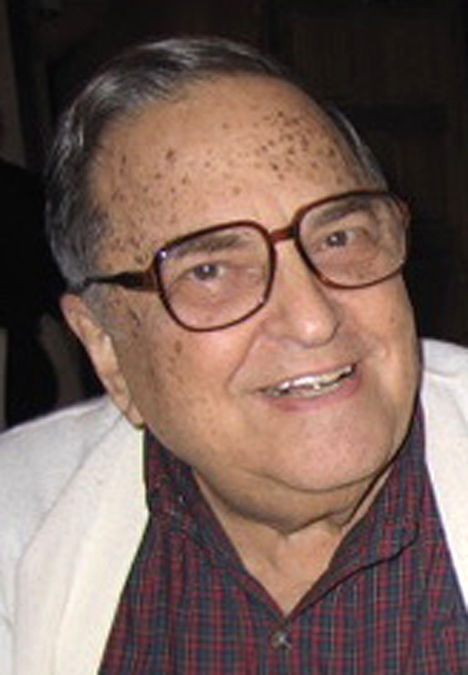 Edward Rapkin, age 91, of Charlottesville, Va., formerly of Short Hills, N.J., died on Saturday, March 14, 2020, at Westminster-Canterbury of the Blue Ridge. He was preceded in death by his wife of 62 years, Marilyn Cahn Rapkin. Ed was born in 1928 in Brooklyn, N.Y., to Henry and Lillian Sacoder Rapkin. A precocious student, Ed was admitted to New York's selective Brooklyn Technical High School at age 12 and graduated with honors at age 16. He took an active interest in opera as a boy, and by his early teens took the subway by himself to Manhattan on Saturday nights to attend the Metropolitan Opera. Ed's passion for opera continued for the rest of his life, and he attended both a live broadcast of a Met performance and a recital by the soprano Renée Fleming in the two weeks before he died. After graduating from Brooklyn Tech in 1944, Ed attended Purdue University in Lafayette, Ind., where he was awarded a B.S. in Chemical Engineering and an M.S. and Ph.D. in Chemistry, all completed in under seven years. By the time he published his Ph.D. thesis in 1950 with the inscrutable title "Some Aromatic Fluorine Compounds for Anthelmintic Testing," he was only 22. At Purdue, Ed also developed a love of Shakespeare. In his lifetime, he saw all of Shakespeare's 38 plays multiple times and could recite many of them by heart. After Purdue, Ed joined Armour & Company's chemical research division at the Chicago stockyards. There he received patents for research with cationic chemicals, but also got the perk of bringing home experimental meats that Armour was developing for preservation without refrigeration. After two years in Chicago, mutual friends introduced Ed to Marilyn Cahn. Before meeting, Ed and Marilyn talked on the phone where they both later recalled their unlikely first conversation about dog food. But it must have gone well enough, as Ed and Marilyn married eight months later, on September 4, 1953. The Rapkins had three children, Ellen (Mark Jackson) of Charlottesville, Va., Karen of Birmingham, Ala., and Steven (Carlos Maymi) of Hoboken, N.J. When Ed and Marilyn returned from their honeymoon in Bermuda, a conscription notice from the United States Army awaited. After basic training at Fort Dix, N.J., Ed was sent to Fitzsimmons Army Hospital in Denver, Colo., where he did chemical research by day and learned to make furniture by night. Subsequently reassigned to the Argonne National Laboratory in Lemont, Ill., he focused on the burgeoning field of liquid scintillation, a new technique for precise measurement of radioactivity used by the nuclear and pharmaceutical industries, and in medical research. After discharge, Ed returned to Armour, but was soon hired as Scientific Director by Packard Instruments Company, which was producing the first commercial liquid scintillation counter. He published research papers, received several patents and participated in scientific conferences around the world. Eventually he moved to ANS Corp. in Wallingford, Conn., Dero Research & Development Corp. in Huntington, N.Y. and Intertechnique S.A. outside Paris, France. A career highlight was a lecture tour of Japan and Australia where he explained advanced United States research to what were then developing economies. After his time in France, in 1968 Ed returned to the United States to direct Intertechnique's new American subsidiary. He moved his family to Short Hills, N.J., where they resided for the next 40 years. He relaxed by assembling printed circuit boards for scientifc instruments in his basement; Sundays included the New York Times crossword puzzle and his favorite, the biweekly double acrostic. In 1971, Ed established his own firm, IN/US Service Corp., to develop, manufacture, market and service liquid scintillation and radiochromatography instruments. He led the company through 2007, making many technological advances including the development of the Beta-Ram, which detects especially low levels of radiation, and obtaining numerous patents. Ed retired at age 79 and sold his company to LabLogic Systems Ltd. of England, where his inventions continue to support a thriving business. In the 2000's, he also actively advised two Chicago-based biotechnology companies, AID Corp. and Faxitron X-Ray LLC, both of which he helped develop into successful businesses. After Ed's retirement, he and Marilyn moved to Westminster-Canterbury of the Blue Ridge in Charlottesville, Va. A chess and bridge player in college, Ed took up the Japanese game of Go at Westminster-Canterbury. He continued to enjoy classical concerts, operas and an occasional Shakespeare play. Having joined the American Chemical Society in 1947, Ed achieved emeritus status with 73 years of continuous membership and participation. Ed's family would like to offer heartfelt thanks to the staff at Westminster-Canterbury and to his caregiver, Megan Bankard, for their longstanding care and concern. We are especially grateful to Westminster-Canterbury's transportation team, who always went beyond the call of duty in driving Ed to his thrice-weekly dialysis sessions for almost 10 years. A memorial service will be held at a later date. The family requests that in lieu of flowers, contributions be made to The Paramount Theater, 215 E. Main St., Charlottesville, VA 22902,(https://www.theparamount.net) or to the Westminster-Canterbury Foundation, Associates Education Program, 250 Pantops Mountain Road, Charlottesville, VA 22911 (https://westminstercanterbury.org).

To plant a tree in memory of Edward Rapkin as a living tribute, please visit Tribute Store.
+1
Plant a tree
+1