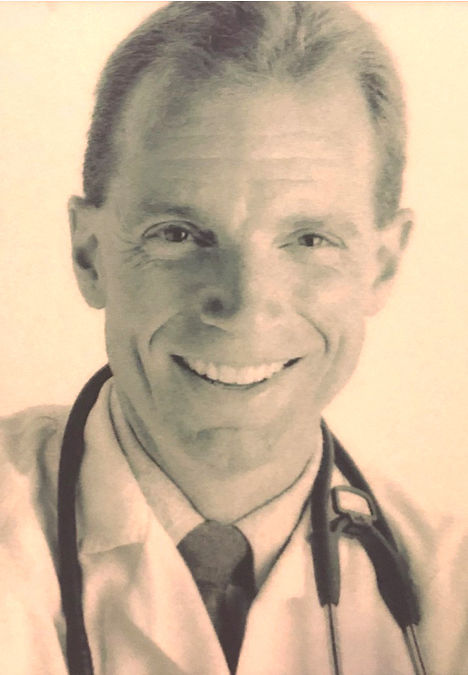 Mark Kenneth Robbins, age fifty-eight, of Charlottesville, Virginia, passed away unexpectedly in Charlottesville, Virginia. Born on February 25, 1961 in New Haven, Connecticut, Mark was the son of Alice and Jerry Robbins. He and his family moved to Baltimore, Maryland where he spent his early years before moving to Morgantown, W.Va. He attended public school there, graduating from Morgantown High School in 1979. He attended Gettysburg College where he received his B.A. in Biology summa cum laude in 1983. He then attended the University of North Carolina Medical School where he earned his medical doctorate in 1987. Following residency and fellowship at Hershey Medical Center and UNC, he began his medical career at the University of Virginia Medical Center, specializing in Pulmonary and Critical Care. In addition to many awards and publications in the medical field, Mark was an avid cyclist and triathlete, challenging himself in competitions across the country. He was an active member of local cycling groups and had a special fondness for the rural roads and landscapes in Virginia, never missing a photo opportunity. He enjoyed playing piano and chess, and had an affinity for Civil War history. Mark is survived by his wife of thirty-one years, Amy Gustaveson Robbins; his three sons, Luke Gustaveson Robbins, Jefferson Chase Robbins, and Jonathon Eric Robbins; one sibling, Dr. Pelle (Paul) Robbins; parents, Alice and Dr. Jerry Robbins; brothers-in-law, Eric Gustaveson and Mark Gustaveson; sister-in-law, Kathy Gustaveson; one uncle, Charles Starbranch; and many cousins, nieces, and nephews. In lieu of flowers, the family would like to continue Mark's love for human life as well as the beauty of our surroundings by donating to a cause of your choice: including mental health, substance abuse, clean air and water, preservation of our natural resources, trail systems and bike paths. The family wishes to extend our sincere thanks to Mary and Tom Goodrich, Amy's brothers, Eric and Mark, sister-in-law Kathy, The FlyDog Yoga community, members of St. Mark Lutheran Church and numerous neighbors and friends who have provided love and support during this time. Mark was a member of St. Mark Lutheran Church in Charlottesville. The memorial service will be held at Meadows Presbyterian Church, 2200 Angus Road, Charlottesville, VA 22901, at 2 p.m. on Sunday, December 15, 2019. Condolences may be sent to the family at www.hillandwood.com.

To plant a tree in memory of Mark Robbins as a living tribute, please visit Tribute Store.
+1
+1