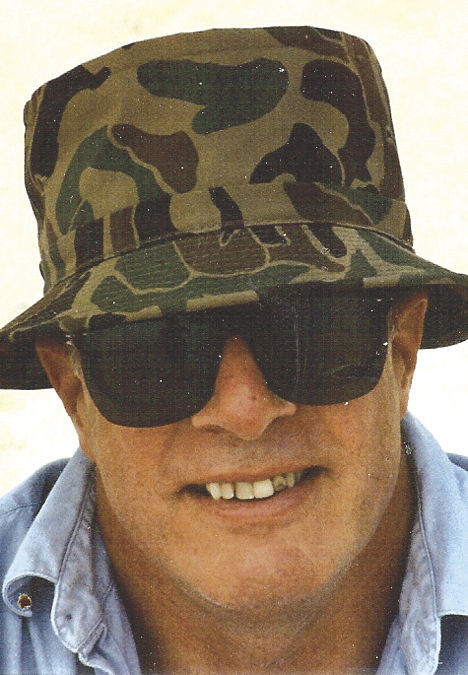 Raymond V. Rush, 78, of Stanardsville, Va., passed away peacefully at his home on January 5, 2020, surrounded by his family. Born on September 5, 1941, in New York City, he was the son of Roger and Rose Rush. He was preceded in death by his parents and his sister, Margaret (Marge). Raymond grew up in New York City, he attended Manhattan College, graduating with a degree in Chemistry in 1964. He married his grammar school sweetheart the same year, he then relocated to Northern Virginia in 1967 to accept a position at the U.S. Patent and Trademark Office (USPTO). Raymond worked at the USPTO until his retirement in 2002. Shortly thereafter, he and his wife retired to Farm Colony in Stanardsville. He found joy working on the farm, as he loved animals and being outside working with his hands. He very much enjoyed being near the mountains and took many long walks with his beloved dog, Ellie. Raymond is survived by his beloved wife of 55 years, Margaret (Peggy). He was a loving father to sons, Michael (Cheryl) of Alexandria, Va., Robert (Paula) of Summit, N.J., and Thomas (Abby) of Haymarket, Va., and to daughter, Susanne (Marc) of Gainesville, Va. He is also survived by his nine grandchildren, Sean, Kara, Ryan, Dylan, Danny, Zach, Ashley, Meghan, and Emily; three nieces, Katherine, Maureen, and Christine; and one nephew, Michael. Special thanks to the doctors, nurses, and staff at Sentara Martha Jefferson Hospital and the Center for Acute Hospice Care (Hospice of the Piedmont). The family in particular would like to thank Dr. James Boyer for the constant care and compassion he extended to Raymond and his family throughout this ordeal. A visitation will be held from 6 until 8 p.m. Friday, January 10, 2020, at Hill & Wood Funeral Home - Greene Chapel, 15075 Spotswood Trail, Ruckersville, VA 22968. A Funeral Mass will be held at 1 p.m. Saturday, January 11, 2020, at Church of the Incarnation, 1465 Incarnation Drive, Charlottesville, VA 22901. A private interment will be held on Sunday, January 12, 2020. In lieu of flowers, memorial donations may be made to St. Jude's Children's Research Hospital at "http://giftfunds.stjude.org/" (with Raymond Rush as name of gift fund) or to the Charlottesville-Albermarle SPCA at "https://caspca.org/give/in-honor-ofmemorial-gifts/". Condolences may be sent to the family at www.hillandwood.com.

To send flowers to the family of Raymond Rush, please visit Tribute Store.
+1
+1