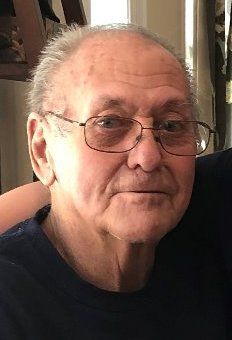 November 2, 1944 - June 10, 2020 Elwood "Bootsie" Wade Sandridge passed away on Wednesday, June 10, 2020, in his lifelong home in Whitehall, Va. He was born on November 2, 1944, to the late Mervin W. and Gladys (Shifflett) Sandridge. He was also preceded in death by his two sons, Travis and Justin Sandridge and his cousin, Gary Shifflett, whom he thought of as a brother and best friend. Bootsie was well known in the community and always enjoyed his time with family and friends. He had a love for gardening, hunting, fishing, camping and blue grass music. He will always be known for his infectious laugh and his willingness to help anyone whenever they were in need. Bootsie owned and operated Sandridge Disposal Service from 1972-2018. Lifelong friends were created with his customers due to his exceptional service and memorable personality. He is survived by three daughters, Heather Medley (Dustin), Meghan Sandridge (Ricardo), and Lori Raines; two sons, Greg Sandridge and Brandon Catalfu; and two sisters, Carol Conley Steppe (James) and Brenda Morris (Ronnie). He is also survived by 15 grandchildren, eight great-grandchildren, and many nieces and nephews. Friends and family are welcome to pay their respects at Teague Funeral Home in Charlottesville, on Monday, June 15, 2020, from 10 a.m. until 5 p.m. A graveside service will be held at Mt. Moriah in Whitehall on Tuesday, June 16, 2020, at 11 a.m. The family would like to thank the Western Albemarle Rescue Squad for their quick response and care whenever they were needed. In lieu of flowers, donations may be made to the Western Albemarle Rescue Squad and the North Garden Volunteer Fire Department. Condolences may be sent to the family through www.teaguefuneralhome.com.