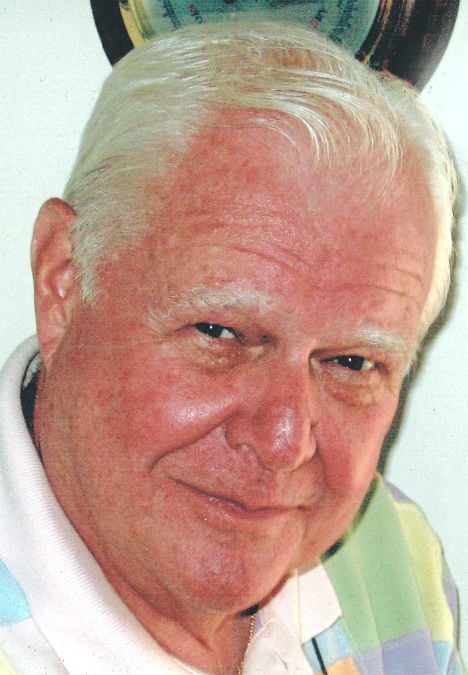 Wallace Roberts Sandridge Jr., 80, passed away on Tuesday, January 7, 2020, at home after a ten-month, hard fought battle with congestive heart failure. Born in White Hall, Va., on December 7, 1939, he was the son of the late Wallace Roberts Sandridge Sr. and Virginia Wood Sandridge. Wallace is survived by his wife of 59 years, Diane S. Sandridge of Midlothian, Va.; son, Scott A. Sandridge of Williamsburg, Va.; daughter, Tina D. Sandridge of Leesburg, Va.; two devoted granddaughters, Christina T. Carlston and Cori A. Carlston of Leesburg; sister, Bonnie Little and brother-in-law, James Little; niece, Regan Marshall and husband, Matt Marshall; and two great nieces. A 1958 graduate of Albemarle High School, Wallace played football, basketball, and baseball for the Patriots. However, his first love was always baseball. He began a 31-year career with United Parcel Service in 1964 as a car washer and truck driver for the Staunton and Charlottesville centers. Through hard work and determination, he made his way up through the ranks to retire in 1995 as the Package Division Manager at the Richmond center. A lifelong supporter of University of Virginia athletics, Wallace cheered the Cavaliers regardless of whether they were playing at Scott Stadium, University Hall, John Paul Jones Arena, or Davenport Field. The Sandridges' tailgate parties at Scott Stadium began in the 1980s during their son's years at the University and reached legendary status by the time Wallace stopped attending the football games in 2018, due to declining health. He saw one of his dreams realized last spring with Virginia's capturing the NCAA National Championship in basketball. He also relished Virginia's defeat of Virginia Tech last fall to recapture the Commonwealth Cup. In addition to supporting Virginia athletics through season tickets in football, basketball, and baseball, Wallace was also a generous donor to the Virginia Athletics Foundation. He always loved nature and being outdoors. Much of his free time was spent fishing, hunting, playing golf, and planting. The family would like to thank the following individuals for their support during Wallace's battle with heart disease, Avis and Bill Brent, Kenneth and Christy Dance, and Teresa Mottley and Kay Hall who provided compassionate nursing care to the very end. The family will receive friends from 6 to 8 p.m., Sunday, January 12, 2020, at Hill and Wood Funeral Home, 201 North 1st Street, Charlottesville, Va. A funeral service will be held at 11 a.m. in the Hill and Wood chapel on Monday, January 13, 2020, followed by a private interment at Monticello Memory Gardens. Those attending the funeral are encouraged to wear orange and blue in remembrance of Wallace's love for the Cavaliers. Donations may be made in memory of Wallace to the Virginia Athletics Foundation or the American Heart Association. Condolences may be sent to the family at www.hillandwood.com.