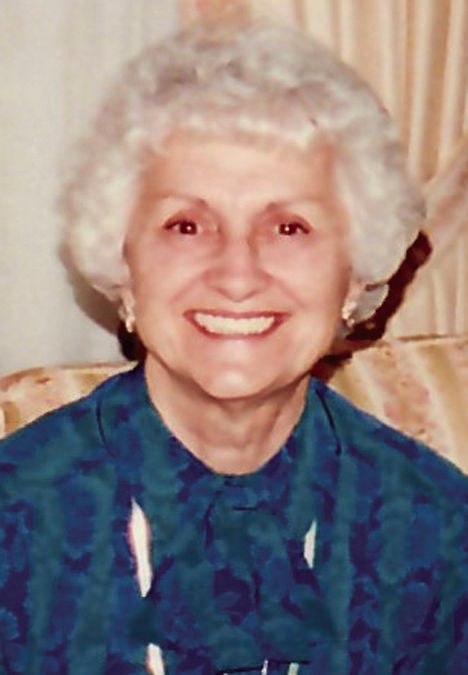 Dorothy May Stackhouse Havens, 90, of Charlottesville, Va., beloved mother, grandmother and friend, died peacefully on Sunday, January 26, 2020, with her family by her side. Born on April 23, 1929, in Bristol, Pa., she was the youngest daughter of Joseph Levis and Rose Loebsack Stackhouse. She was also preceded in death by her husband, Cdr. Stanley LaVerne Havens Sr., USN (Ret); son, David Duane Havens; her four brothers, Elwood, Joseph, George and Edward Stackhouse; and sister, Virginia Ludwig. She is survived by her son, Stanley L. Havens Jr. (Cindy) of Williamsburg, Va.; her daughter, Linda DuPuis (Penn) of Charlottesville, Va.; her seven cherished grandchildren, Justin Havens of Denver, Colo., Ashley Havens of Big Sur, Calif., Benjamin DuPuis of Richmond, Va., and Samuel DuPuis, Thomas DuPuis, Kellie Havens and Ellie DuPuis, all of Charlottesville, Va.; her brother-in-law and sister-in-law, Duane and Dianna Havens of Springville, N.Y.; as well as many nieces and nephews. She graduated from the State Teachers College at Lock Haven, Pa. in 1953, with a degree in Health and Physical Education. She taught P.E. and coached field hockey at several high schools while being a Naval Officer's wife, following her husband on various tours of duty in Rhode Island, Washington, California, Japan, Virginia and Maryland. Upon her husband's retirement, she moved to Wytheville, Va., where she was active in the Wytheville Community Hospital Auxiliary, Wytheville Golf Club, American Association of University Women, Wytheville Chautauqua Festival and St. Paul United Methodist Church. She taught tennis at Wytheville Community College, worked at H & R Block, substituted in Wythe County Schools and was an avid golfer and bridge player during this time. She moved to Charlottesville, Va. in 2008 to be closer to her family and continued her hospital volunteering at Martha Jefferson Hospital and her bridge playing with various local groups. She was a lover of all sports, but especially tennis, both playing and watching on television. She enjoyed special time with her grandchildren and was their biggest cheerleader! Her little dog, Noah, was her special companion. All who knew her will remember the sparkle in her eyes and her zest for life! A family service and her burial at Arlington National Cemetery will both be held at a later date. In lieu of flowers or gifts, consider a memorial contribution to Martha Jefferson Hospital Foundation, 500 Martha Jefferson Drive, Charlottesville, VA 22911, or St. Paul Methodist Church, 330 Church Street, Wytheville, VA 24382. Condolences may be sent to the family at www.hillandwood.com.

To plant a tree in memory of Dorothy Stackhouse Havens as a living tribute, please visit Tribute Store.
+1
+1