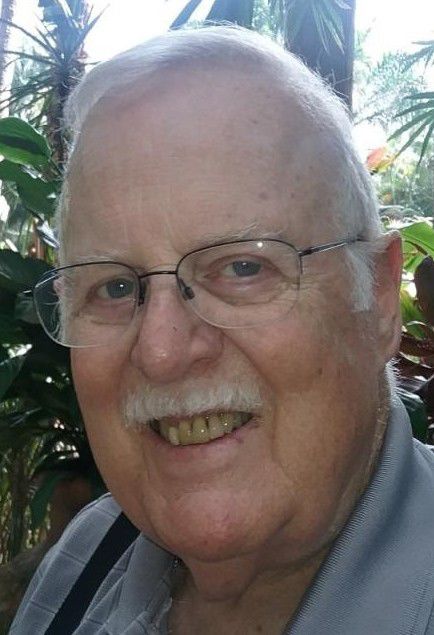 September 29, 1942 - June 25, 2020 Frank "Bob" Robert Stone Jr., 77, of Charlottesville, released his spirit on Thursday, June 25, 2020. Frank was born on September 29, 1942, in Washington D.C., to the late Frank Robert Stone Sr. and Lelia Flippin Stone and grew up in North Carolina. Frank had a Bachelor of Science in Aerospace Engineering from the University of Maryland. He worked first for Lockheed Martin in Georgia and then for Boeing in St. Louis. Frank lived in Georgia from 1965-1987, St. Louis, Mo., from 1987-2007, and Charlottesville, Va., from 2007-2020. Frank, and his wife Aloma "Penny" Stone, raised two children, Eric Preston Stone and Lisa Michelle Gray (Stone). Frank enjoyed golfing, sports, bridge, and spending time with family. In addition to his parents, Frank was preceded in death by his son Eric Preston Stone. Frank is survived by his wife, Penny Stone; his sister, Cassie Mae Snow; his daughter, Lisa Michelle Gray; his oldest grandson, Austin David Gray; his grandaughter, Makenzie Baylie Carpenter; his youngest grandson, Cody Joseph Gray; nieces Regina Watters and Janene Budnik, his great grandson, Liam Nathan Carpenter. A memorial service will be held at a later date in Charlottesville, Va. Memorial contributions may be made to the USO or the American Cancer Society (specifically lung cancer research). Condolences may be sent to the family through www.teaguefuneralhome.com.

To plant a tree in memory of Frank Stone as a living tribute, please visit Tribute Store.
+1
Plant a tree
+1