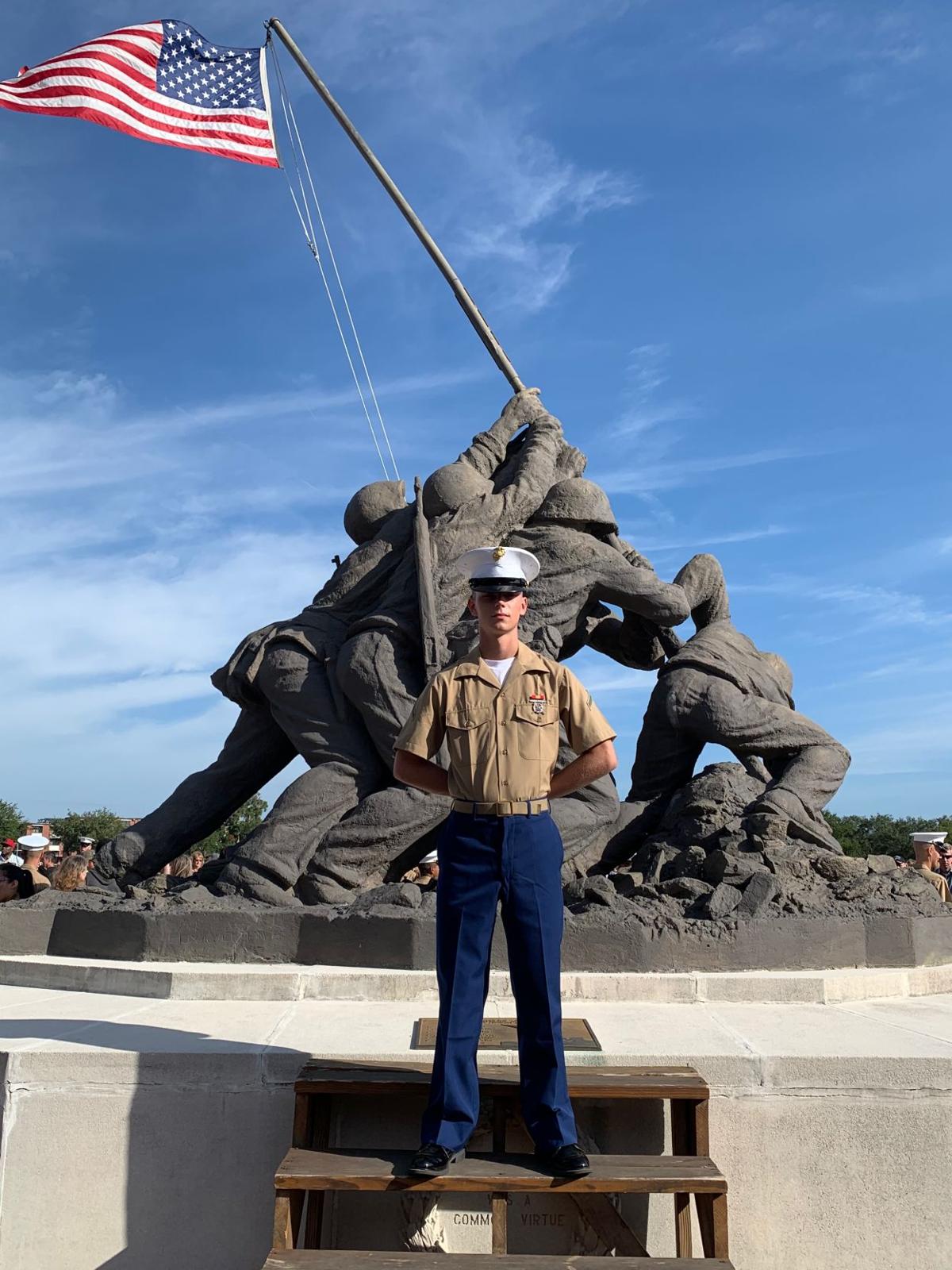 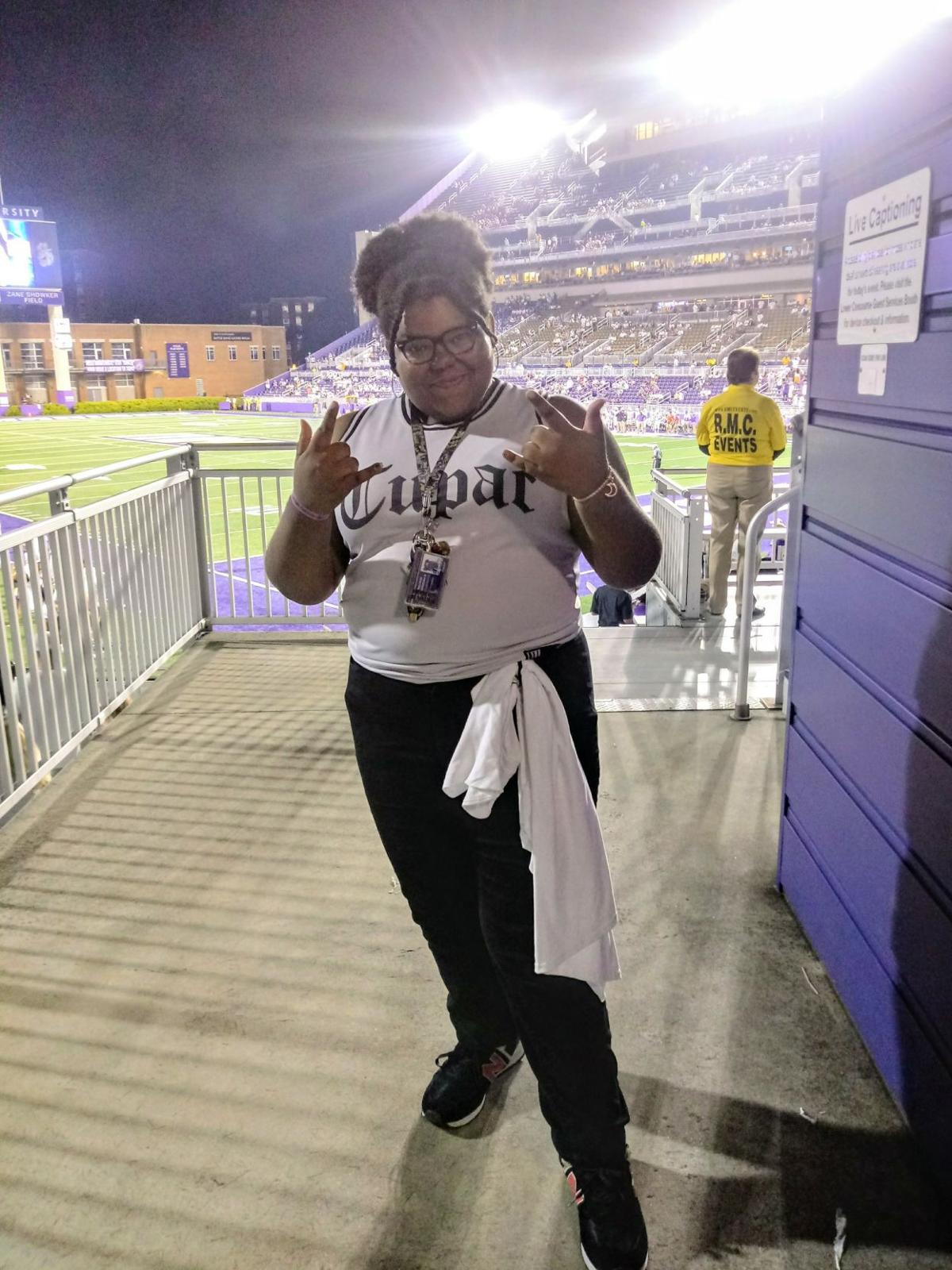 Khadijah Williams strikes a pose at a JMU football game.

Khadijah Williams strikes a pose at a JMU football game.

During the 2018-19 school year, the Review followed the adventures of Orange County High School seniors Dillon Craig and Khadijah Williams through their graduation in May. Seven months later, both have marked milestones: Craig graduated from boot camp at Parris Island, S.C., and Williams has finished her first semester at James Madison University.

By the end of his senior year, Craig was impatient to get going with the next phase of his life, and so far, it has been just as rewarding as he had hoped. Last week, he spoke with pride of successfully completing “the crucible,” the culmination of boot camp that requires “running on bare-minimum sleep and food” in a 54-hour training exercise, and “earning the title of Marine.”

Asked if, during the long, hot days underneath the South Carolina sun, he ever thought he’d made a mistake in signing up for the Marines, he said, “Nope. Never in my thoughts and never will be.”

He said he and the 80 other men in his platoon grew close through teamwork: “The bonds and friendships we have all made are ridiculously strong.”

Craig currently is stationed at Fort Leonard Wood in Missouri, where he’s training to be a military police officer—the career he had envisioned for himself while in high school. A typical work day begins at 5 a.m. and ends at 4:30 p.m. He had some time off after boot camp and again during the holidays and made a point of swinging by his old stomping grounds on Selma Road and dropping in to visit Anna Burkett, a science teacher he got to know well during his years at OCHS.

Meanwhile, Williams, a self-described “theater kid” in high school, had a happy and eventful first semester at JMU. She hit it off well with her roommate and, as a resident of a dorm filled with arts majors, has enjoyed making new friends both in and outside her theater major. The dorm “gets a little loud sometimes,” she admitted, but “it’s all in good fun—it’s college.”

She counts the fun of exploring Harrisonburg and trying out local restaurants among the perks of college life, and in a significant coup for a first-year student, she secured the lead role in a staged reading of “Venice.”

Like Craig, she has been back to OCHS to check in with old friends. She attended the drama club’s one-act plays and has connected with some of her former teachers on social media.

Along with the pleasures and successes there have been realizations. She has found college much stricter than high school—a point driven home when she got sick and had to miss class. Her professors weren’t as accommodating when it came to absences and missed work as her high school teachers were, but she gives high marks to JMU’s student support services. And overall, she awards an ‘A’ to the university that was her dream school ever since she visited it in eighth grade. In her view, “JMU has a great atmosphere” and is a “really good school, very well-rounded,” with strengths in many different academic departments.

As dedicated to her intended career as Craig is to his career already underway in the Marines, she loves the enthusiasm and commitment she sees in her theater classes: “Everyone wants to be there; everyone has a passion for it. And it’s a lot of fun.”