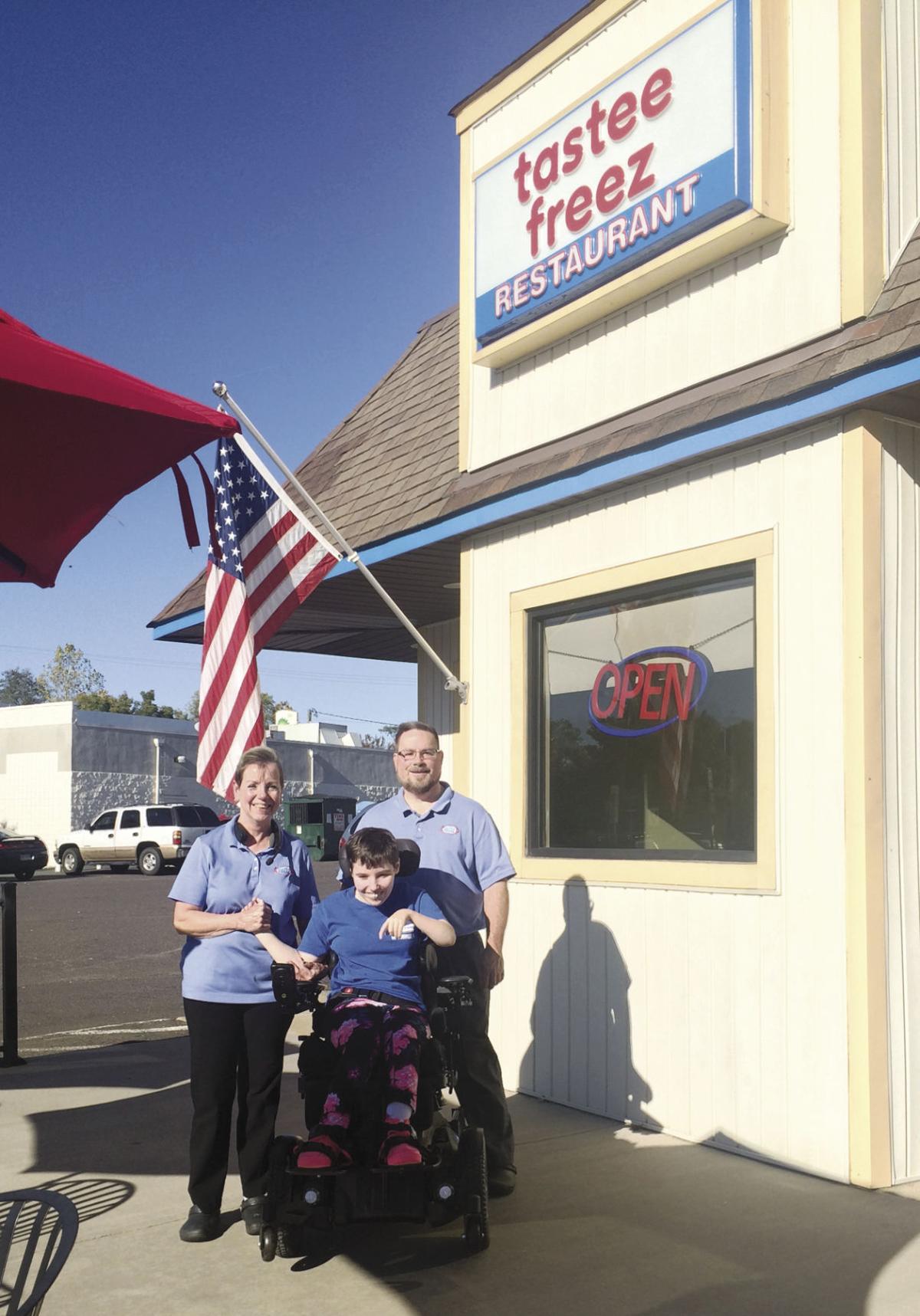 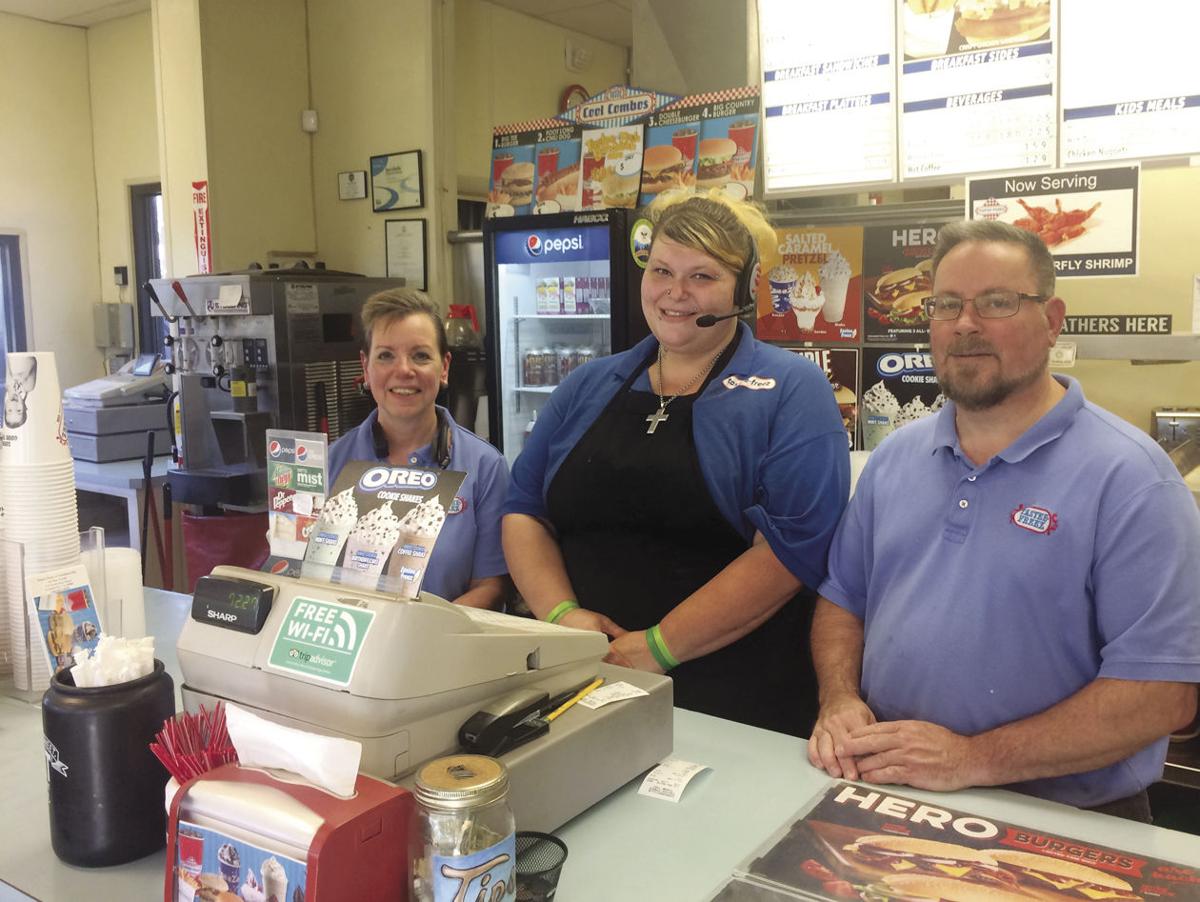 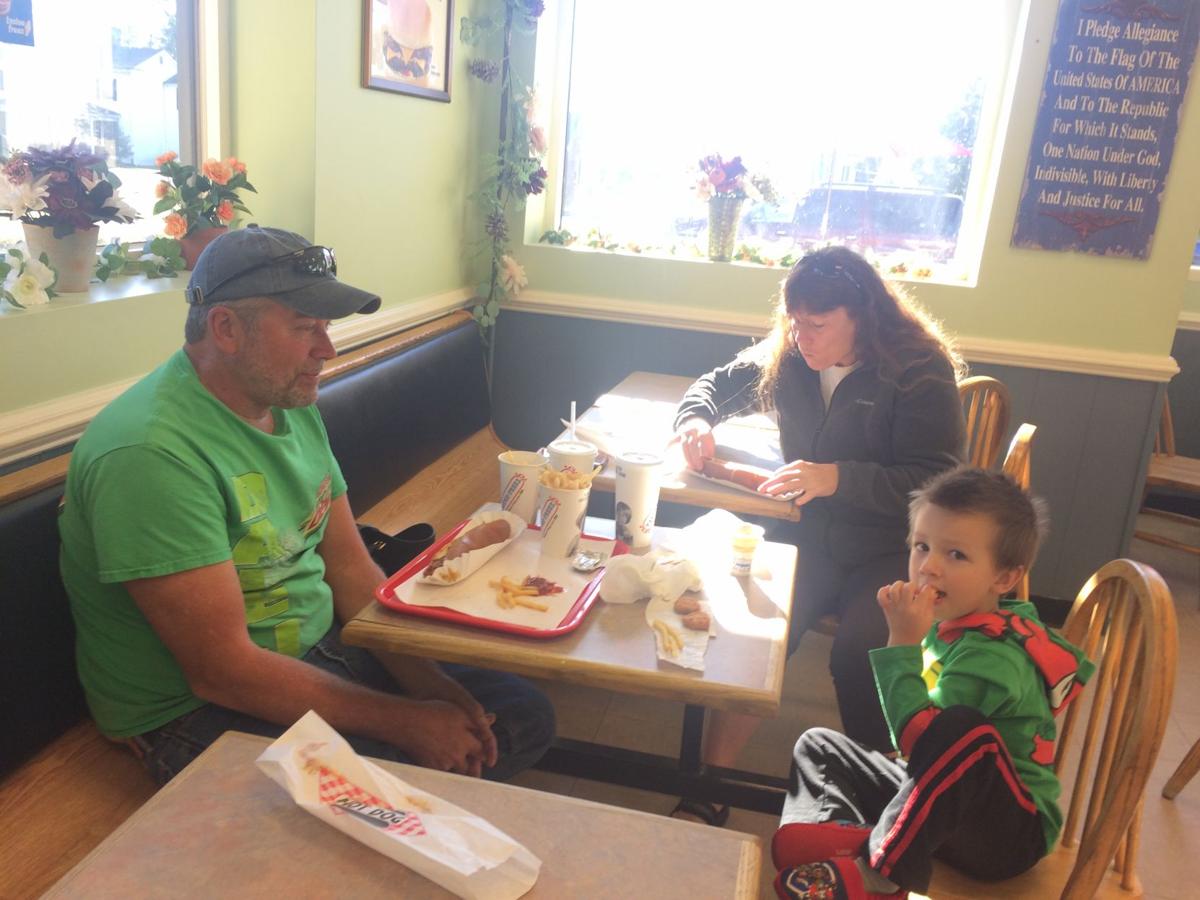 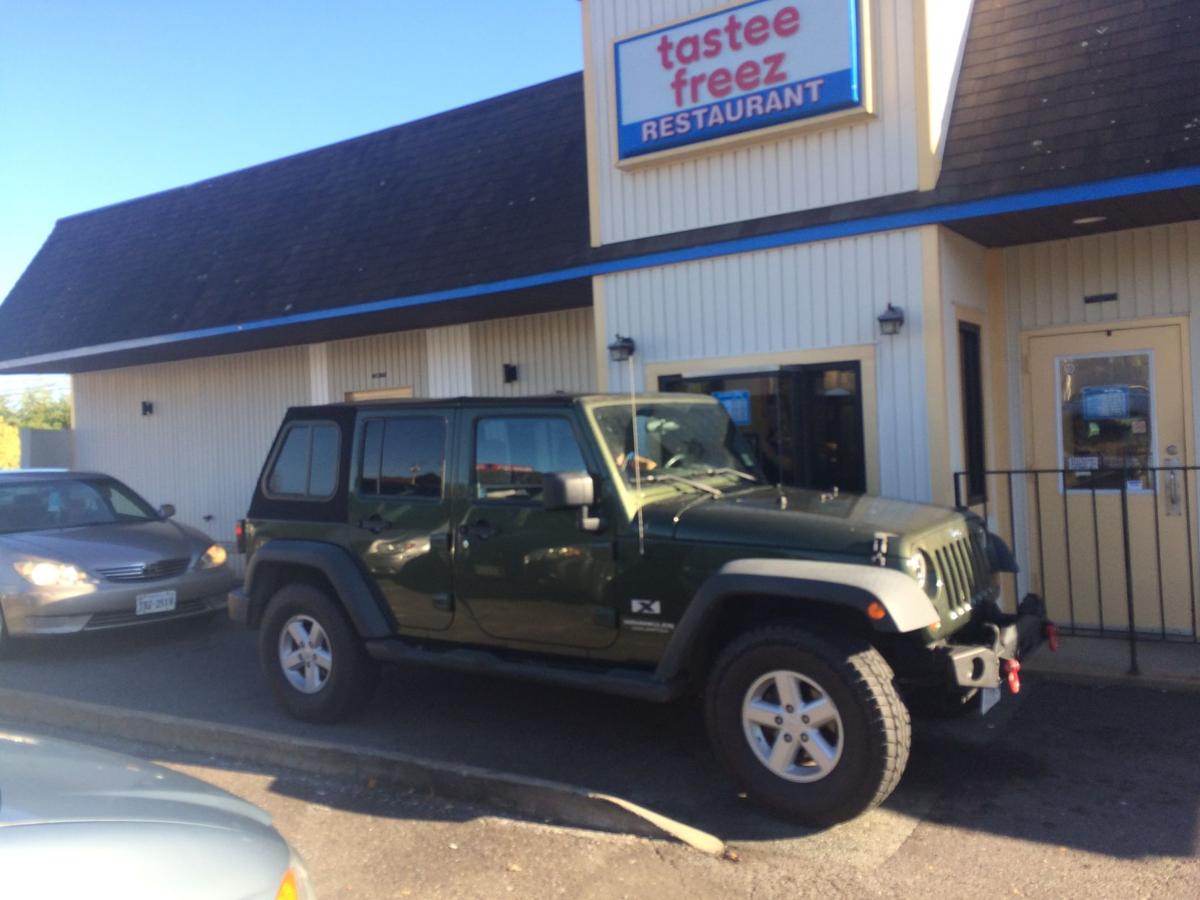 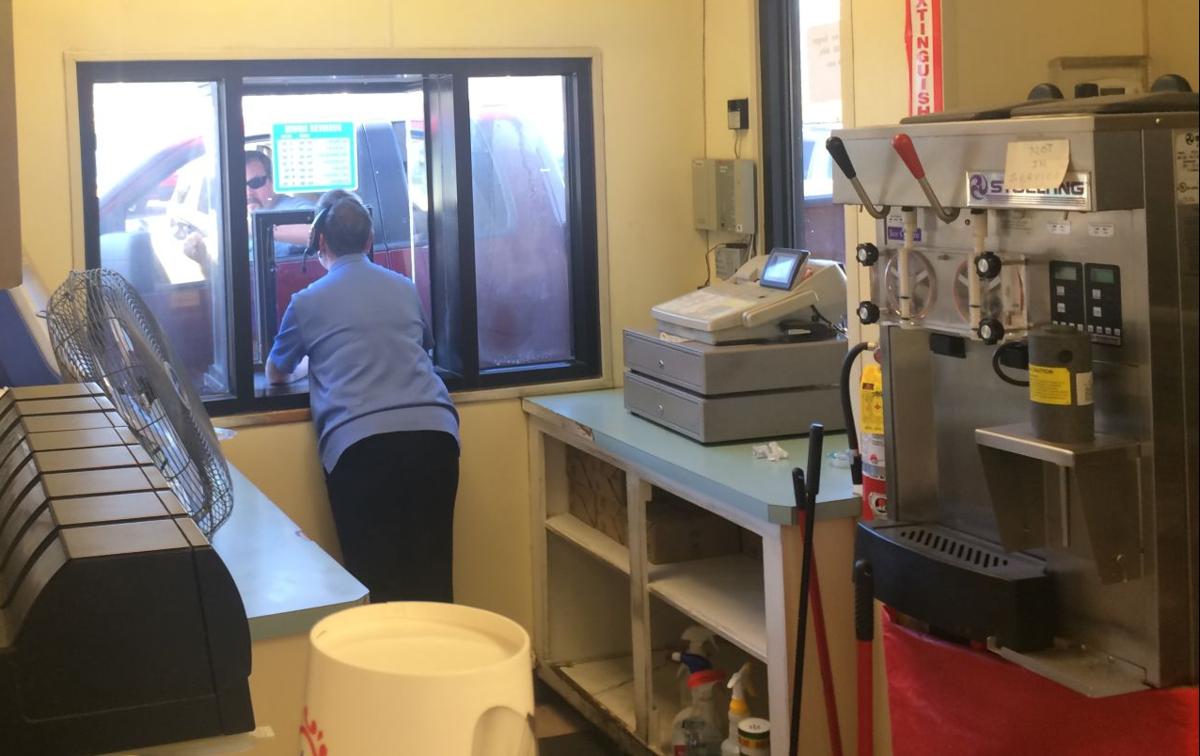 When it comes to prominent local landmarks, it’s hard to top the Tastee Freez in Gordonsville. Since the 1950s, the homey little chain restaurant near the traffic circle has served up burgers, chili dogs, onion rings, milkshakes and soft ice cream to just about everybody in Orange County at one time or another.

But now the landlords, Arthur and Natalie Wood of Gordonsville, are planning to sell the building, according to the franchise owners, Randy and Valory Freund, who have been leasing it. The Freunds don’t plan to buy the building, so the restaurant will close on Nov. 3.

“It’s been a wonderful experience. We had a great time getting to know all of our customers. It’s been like one big family,” Valory Freund said of the restaurant she and her husband have run for the past five years.

“We’ve had people coming through the drive-through and the restaurant in tears,” Randy Freund added.

“A lot of these people worked there when they were kids. Now they bring their kids there. They’re sorry to see it go,” he said.

According to its corporate website, the Tastee Freez chain was founded in 1950. Jim Holladay of Gordonsville was born the same year, and he grew up going to the Tastee Freez for banana splits after his Little League baseball games.

He remembers when the restaurant had “big plate-glass windows all the way around it” and was the only nearby place to go out to eat other than the Inwood Restaurant, which opened in 1948.

Holladay and his wife, Laurie, run the Laurie Holladay Shop on Main Street. He said he goes to the Tastee Freez at least once a week. “I went there yesterday and got a chili dog and root beer float—that’s my happy meal.”

“It’s an institution I didn’t think would ever go away, but things happen,” he said.

Megan Trainum, 30, also grew up in Gordonsville. She recalls going to the Tastee Freez frequently throughout her childhood. After town parades, she and her mother and grandmother would drop in for a snack.

In that respect, they were not unusual, but Trainum is the rare customer who can say she visited the Tastee Freez on horseback. She said she and her mother, Shelly Preddy, used to ride their horses along a back route from their home to the restaurant. Since there was no place to tie the animals, they proceeded to the drive-through to order their ice cream cones.

Trainum said she’ll miss seeing the familiar “neighborhood people” at the popular local spot, but she’ll hang on to her happy memories of time spent there with family and friends.

Word of the Tastee Freez’s closing has reached the Inwood Restaurant just outside the town limits on Route 15 headed toward Orange. Waitress Tiffaney Anderson, who grew up in Barboursville, said she went to the Tastee Freez with her family back in the 1970s and has taken her own children there over the years.

Calling it “a cool family place,” Anderson said, “You could put money in the jukebox and hang out with your family and get ice cream for the kids. I’m sad to see it go.”

Randy Freund said the Gordonsville restaurant was among the first Tastee Freez franchises to open back in the 1950s. After it closes there will be seven remaining Tastee Freez restaurants in Virginia, including locations in Madison and Staunton.

As other branches around the state have closed, he has met many fans of the Tastee Freez menu who go out of their way to stop in Gordonsville.

That was the case for Annette Griffith and Kevin Moyer of Luray. Along with their 3-year-old grandson, Gabriel, they were enjoying barbecue with slaw, chili dogs and ice cream last Friday afternoon.

After the Tastee Freez restaurant closed in Luray, they looked around for another one.

“The only reason we come here is ours is gone,” Moyer said.

“Every time we come this way, we stop here,” Griffith added.

The Freunds, who live in Ruckersville, say they have run the Tastee Freez as a neighborhood “mom and pop” restaurant. They work shifts behind the counter alongside their employees and keep a close eye on the quality of the food and the customer service. They also have donated to local non-profit organizations.

It appears all their hard work has paid off. Randy Freund noted that the business has risen from number 8 in sales in its region to number 3 in the time he and his wife have run their franchise.

Their daughter, Carleigh, 19, is the “official greeter,” Randy said as she surveyed the restaurant from her wheelchair. With a smile, he said regulars have grown so used to seeing her that they’ll say, “Where’s Carleigh?” if she’s not around.

When the Freunds told their staff the Tastee Freez would be closing, a few left for other jobs but many stayed on. For notably long service to the restaurant, they cited Walter Holliday, who has worked there for 17 years, and Tracy Simms, a Tastee Freez employee for 15 years.

Before taking on the Tastee Freez, Randy worked as a buyer for several businesses and Valory was a teacher’s assistant. They haven’t decided what they’ll do next, though Randy said they haven’t ruled out the possibility of running a Tastee Freez someplace else. He noted they would need the right-sized building to make it work.

In the meantime, business remains steady. Randy Freund said the restaurant goes through 30 to 40 cases of ice cream every week. With five gallons per case, that means 150 to 200 gallons of ice cream are transformed into cones and other confections weekly.

Vanilla is the most popular flavor on the ice cream menu, he said, though chocolate has plenty of fans as does the vanilla-chocolate swirl. The vanilla is a proprietary blend made just for Tastee Freez.

With company pride in his voice, Randy Freund explained that the vanilla has only 2% milk fat, which makes it different from most brands, which typically contain 10% milk fat.

The Tastee Freez vanilla cone is therefore “healthier” than what you’ll find elsewhere, he remarked. And through Nov. 3 in Gordonsville, it comes coated in memories with a teardrop on the side.