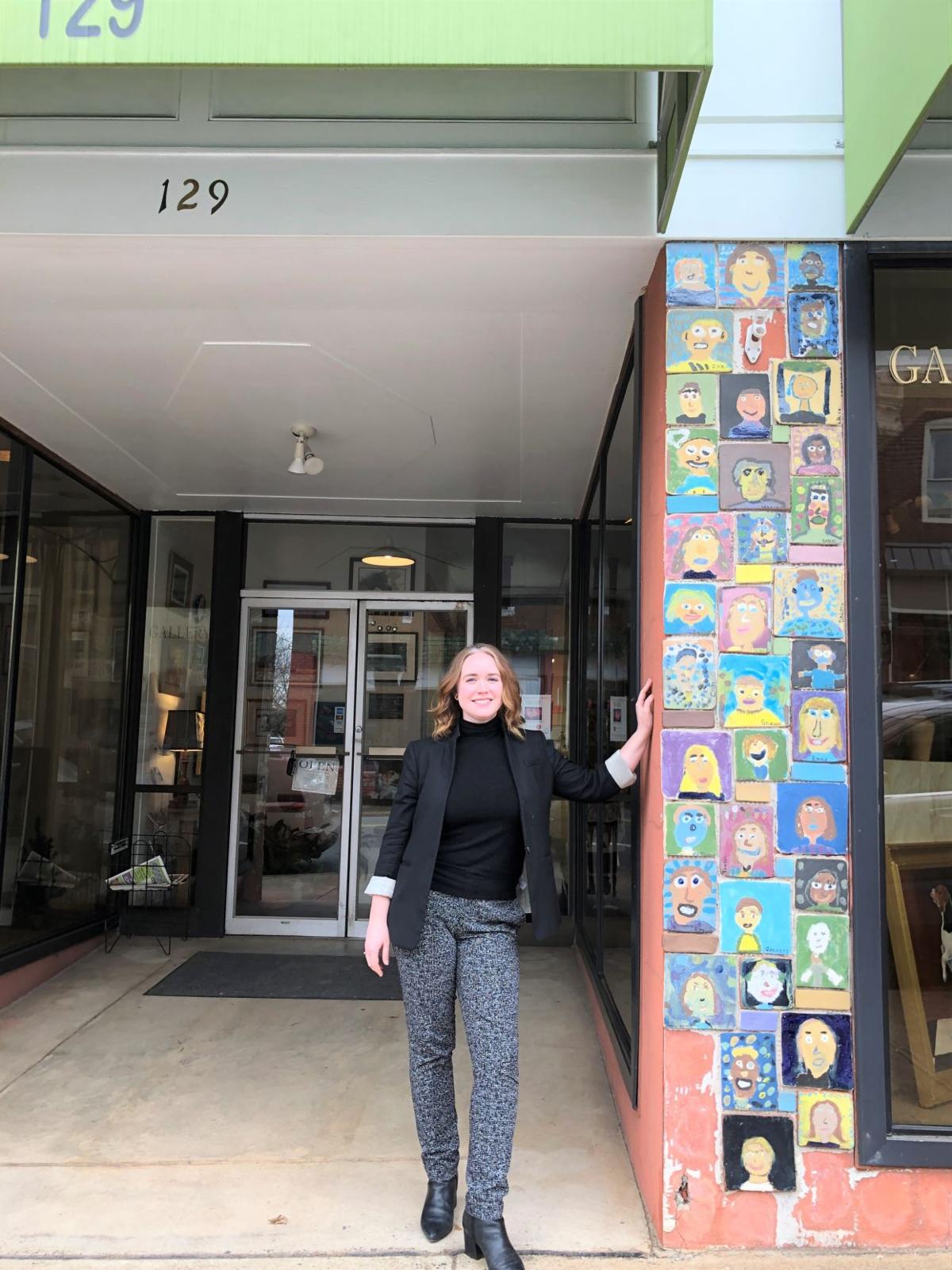 Anna Pillow in front of The Arts Center In Orange. 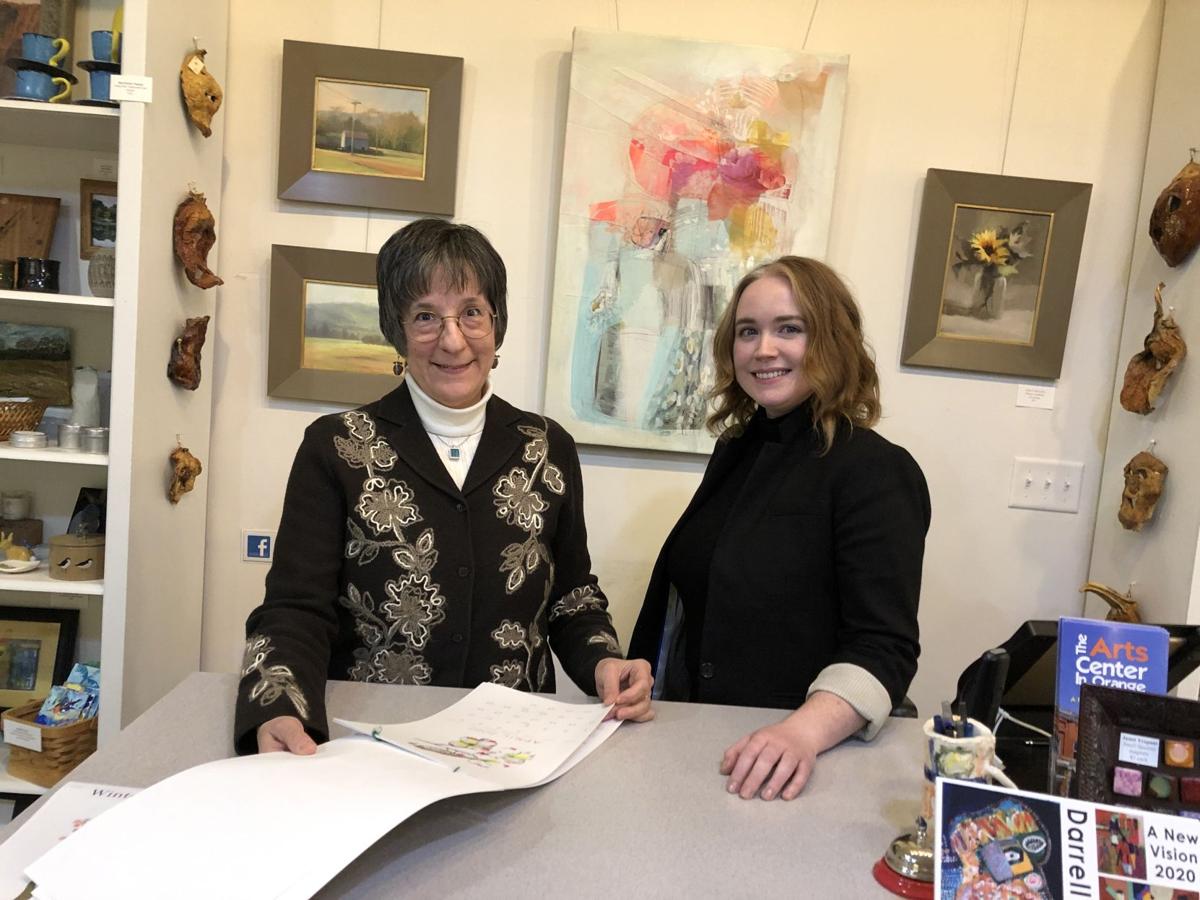 Anna Pillow (right) is the new executive director of The Arts Center In Orange. She is shown here with her colleague Mary Dennis. 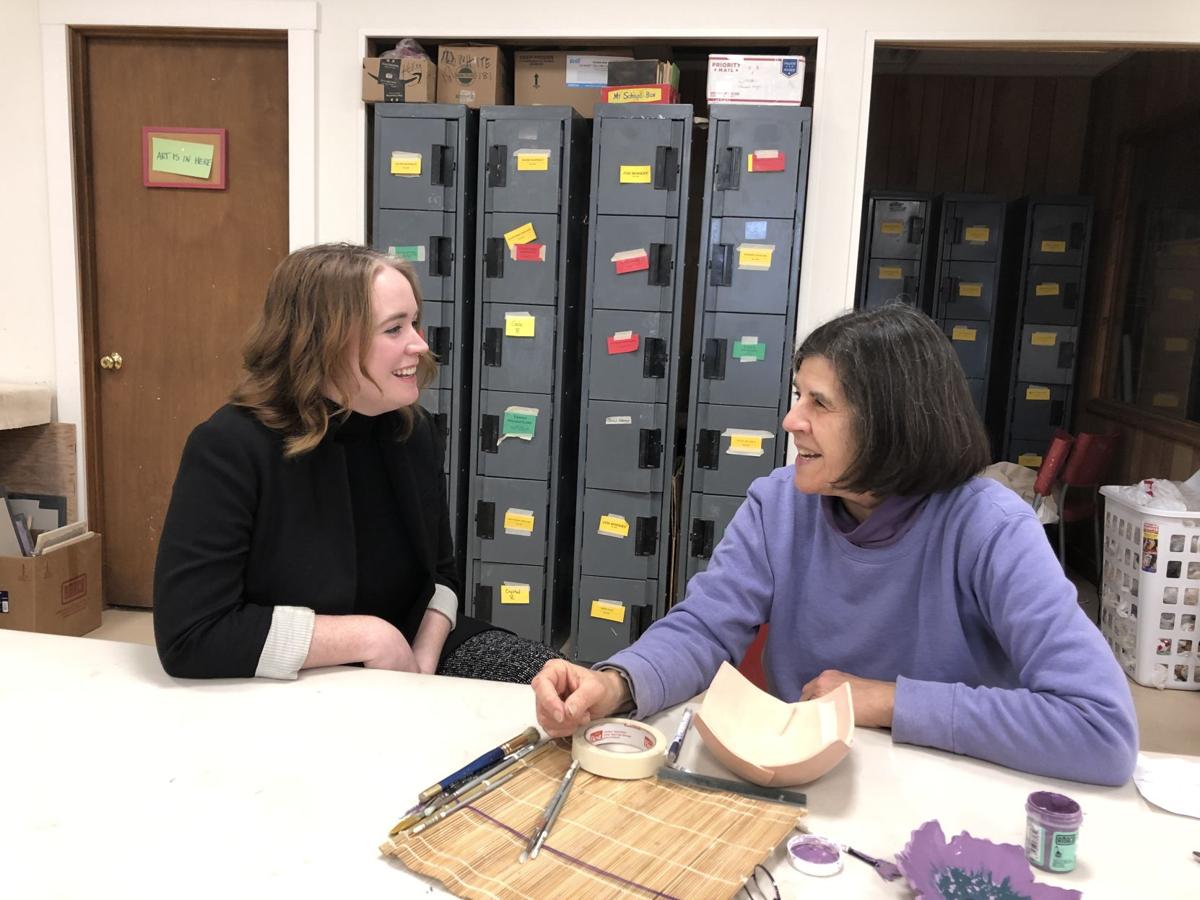 Anna Pillow in front of The Arts Center In Orange.

Anna Pillow (right) is the new executive director of The Arts Center In Orange. She is shown here with her colleague Mary Dennis.

When Anna Pillow arrived from New York and started her position as executive director of The Arts Center In Orange a few weeks ago, she came upon something very familiar: the old kick wheel she used as a girl when she took pottery classes during summer visits to Orange.

Pillow, 30, smiled a little wistfully when she mentioned the wheel during an interview last week in a back room at The Arts Center. It went without saying that she’d caught a glimpse of her child-self in the midst of assessing all of her new responsibilities.

While growing up in Richmond County, she regularly came to Orange to visit her grandmother, Frances Lea. Her grandmother died two years ago, but her mother, Katherine Lea, Orange’s town attorney, now lives here. Since moving to Orange, Pillow said, she has been imagining how The Arts Center might change along with the county in the years ahead.

“It’s a new decade. What is the decade going to look like for Orange County?” she asked.

She has seen the center described as “a hidden gem,” and she understands that’s a compliment. “But it doesn’t need to be hidden,” she pointed out. “You know, there are so many ways that people can come here and be involved. And that’s something that I want to nurture and grow, and I want people to see themselves here. I want people to see how [the center] fits into their everyday lives.”

For her, art is “a form of communication and a way to connect with our past.” Moreover, art is alive and evident everywhere—in the way people dress and the way they speak and move, not just in gallery displays.

She got an early start learning those lessons. As yearbook editor at her high school in tiny Warsaw, Va., she knew “football was huge” in the community and deserved lots of photos. But with encouragement from her teachers, she and her staff published “artful photos” of football players that added value to the narrative.

Coupled with her belief that art is all around us is a strong sense of social engagement. She said the message she and her sister always got from their parents was, “You should be involved with your community. You will be rewarded for helping people.”

From Warsaw (Va.) to Osaka and London

She studied Japanese in high school and fell in love with the language and Japanese culture. At Old Dominion University she majored in painting (“with keys to the ceramic studio”) and minored in Japanese.

She studied in Osaka and traveled all over Japan while in college. The experience greatly improved her language skills and introduced her to Japanese ceramics and the tea ceremony, which she discovered was an art form in itself. Along the way, she found the Japanese people “incredibly hospitable and very kind.”

For her senior art show at ODU, she drew on her knowledge of Japanese technique and produced an exhibition of her functional ceramic pieces with carvings on them. With help from her adviser, she made a community event out of the show by involving Norfolk’s sister city, Kitakyushu. The Japanese restaurant she worked for provided food for the opening. With art at the center, it was just the sort of gathering that she finds deeply meaningful.

After graduation, she headed to London and earned an M.A. in East Asian art at Sotheby’s Institute. She later moved to New York and worked for a prominent Japanese artist, Takashi Murakami. There were further stints working for Japanese restaurants, plus jobs at art galleries and nonprofits.

“You don’t have to be Michelangelo …”

Throughout her education and her work abroad and in New York, she was refining her ideas about art, and art exhibits, as a way to bridge the chasm between people who think they have little or nothing in common.

“People are going to feel the way that they feel. You’re not going to be able to control the other person’s feelings, but you can, in this non-confrontational way, in an open way, create a connection with somebody who you might not otherwise be able to have a conversation with, not be able to sit down with.”

She said that after she returned to the States from London, she got the feeling that technology has created a “disconnect” and that the age-old problem of bringing older and younger generations together for a common purpose required new focus.

While she was living in London, Pillow sold her ceramic creations in The Arts Center’s gift shop, with the encouragement of Laura Thompson, the former executive director who died in December. Pillow’s lively face turned somber when recalling Thompson, whom she’d contacted last year about an idea she and her boyfriend, Davi Leventhal, had for an exhibit involving an art form rooted in Brazil, where Leventhal was born.

In retrospect, she sees her connection with Thompson as a source of continuity for the center and believes Thompson’s energy and spirit will live on at the center.

She emphasized that what was important to Thompson—“the support of artists, the education of the community and creating opportunities for people to engage in art”—will continue on her watch.

“I know how hard people work here and how important it is to everyone,” she said, noting her appreciation for the center’s other staff members, volunteers and board of directors.

“It’s not just a product”

If you’re wondering why Pillow traded the jazzy excitement of New York for small-town Orange, it has a lot to do with the nature of home. She and Leventhal lived in a close-knit neighborhood in Queens that changed drastically once gentrification pushed out longtime residents who looked out for one another.

Moving to Orange where her mother lives and where she spent her girlhood summers is a way to come home, even though she didn’t grow up here, and do work she loves.

“The best part of the experience for me so far has been that I’ve felt very welcomed,” she said.

As she settles into her new job, Pillow is not rushing to make big changes right away. But she is thinking hard about ways to bring art into the community and bring the community into The Arts Center. Though she is aware that the art world places a premium on sales—and, of course, artists need to sell their work to stay afloat—she insists that’s not all there is to it.

“How do you create an equitable kind of solution?” she asks, and it’s clear the question is not merely a rhetorical one.

“How can you [promote and sell art] without it just becoming a marketplace? Because at the end of the day, these are things that people have spent a huge amount of time on. It’s not just a product. It’s love right there, you know?”