During recent meetings, the Orange County School Board has been hearing from Superintendent Dr. Cecil Snead about budget priorities for the next fiscal year. From left, Sherrie Page, Bette Winter, Mike Jones, Carol Couch and Jim Hopkins. 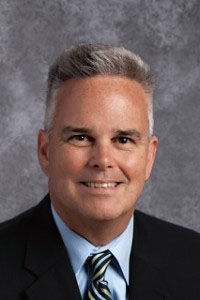 During recent meetings, the Orange County School Board has been hearing from Superintendent Dr. Cecil Snead about budget priorities for the next fiscal year. From left, Sherrie Page, Bette Winter, Mike Jones, Carol Couch and Jim Hopkins.

Next year’s budget for the Orange County Public Schools (OCPS) is a work in progress, but Superintendent of Schools Dr. Cecil Snead has a list of priorities, and a raise for teachers is right at the top.

At recent school board meetings, Snead has outlined his budget plans. While emphasizing that much depends on the governor’s biennial budget, which is still in flux, he said he wants to bring teacher and staff salaries more in line with those of neighboring school divisions.

Currently, Orange County places near the bottom at all ranks of teacher pay in an eight-county area. For teachers with up to 18 years of experience, only Madison County pays less than Orange does. Even with a 3% raise funded by the state last year, OCPS didn’t gain any ground, because neighboring school divisions also increased teacher salaries.

Yvonne Dawson, OCPS director of human resources, noted that schools across the state and nation are facing a teacher shortage—a factor Snead said he is keeping in mind as he budgets for raises that would help the division attract and retain teachers.

In addition to teacher raises, Snead announced a number of other budget priorities.

Under data and operations, Snead’s priorities include an offsite digital backup for school division records and other materials, a chemical disposal plan and a replacement schedule for the division’s fleet of cars used for school business. He also recommended a GPS transportation package (see accompanying story) that would allow parents to know when their children’s school buses are due to arrive at their stop.

He said localities across Virginia will have to fund the teacher raises that the state supported last year. In Orange County, the 3% raise translates to about $800,000.

Snead concluded his presentation by noting items outside the scope of the operating budget but very much on his radar, including the possibility of housing Career and Technical Education programs in the old “Blue Bell” building near the high school, a proposed addition to Gordon-Barbour Elementary School and the school division’s move toward solar energy. At the board’s meeting on Jan. 27, a contract was approved for the installation of solar panels on eight OCPS school buildings, including the Taylor Education Administration Complex and the Hornet Sports Center.