In 2015, after a more than 20-year career in alcohol distribution, Virginia native Geoff Hoffman was ready for something different. A new challenge. He turned to his life-long friend Kris Thomas who had just graduated from UVa with a business degree. Together, they decided to take the leap and go into business together. It had to be something where they could redefine the meaning of great customer service. They decided to open a mattress store. There was only one small hurdle. “The only thing I knew about a mattress, is that I slept on one,” Hoffman said. But that didn’t stop two entrepreneurs. Monticello Mattress & More opened their first store in Palmyra in 2015. “We educated ourselves on what it means to own a business and about the mattress business,” Hoffman recalled. In the first year of Monticello Mattress & More, customers could only shop by appointment. That changed in 2016, as more shoppers found out about the store. “As a matter of fact, we went from appointments only to being open seven days a week. We were busy and had lots of customers,” Hoffman said. Before Hoffman and Thomas got their first mattress in the showroom, they knew what was most important to ensure success: customer service and the quality of what they had to offer. “We strive to provide customer service where the customer doesn’t feel pushed to buy. We’re a local store, servicing our local community and we make sure customers get the service that comes with that. We make sure the customer isn’t just a number.” Hoffman said that he and his employees are professional, but laid-back at the same time. In 2017, Hoffman opened the second store of Monticello Mattress & More in Charlottesville. Since the start, the biggest change for Hoffman and his employees is in the quality of products they can now offer. “Our best supplier is Winndom out of Richmond. They have been in business for several decades and provide quality mattresses that outperform national brands.” Hoffman said he feels blessed that four years in, he is still able to serve his community. “We feel very strongly about giving back to the community because of that,” he said. “We’re a small business, but we make an effort to give back where we can.” Monticello Mattress and More financially supports the Alzheimer’s Association, the Fluvanna SPCA and the store is a drop-off point for the Blue Ridge Area Food Bank. Hoffman’s store is a second place winner in the category ‘Best Place to Buy a Mattress” in this year’s Readers’ Choice contest. “We are humbled by the fact people took time out of their day to vote for us. We’re excited and humbled by that. To me, it also means that we are doing something right and that’s an amazing feeling.” In the near future, Hoffman hopes to open more locations of Monticello Mattress & More in the Central Virginia area. 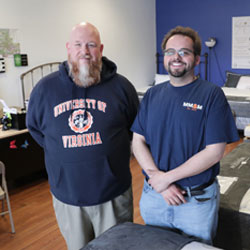 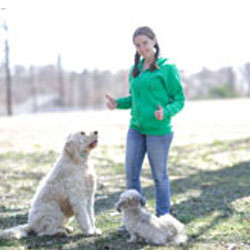