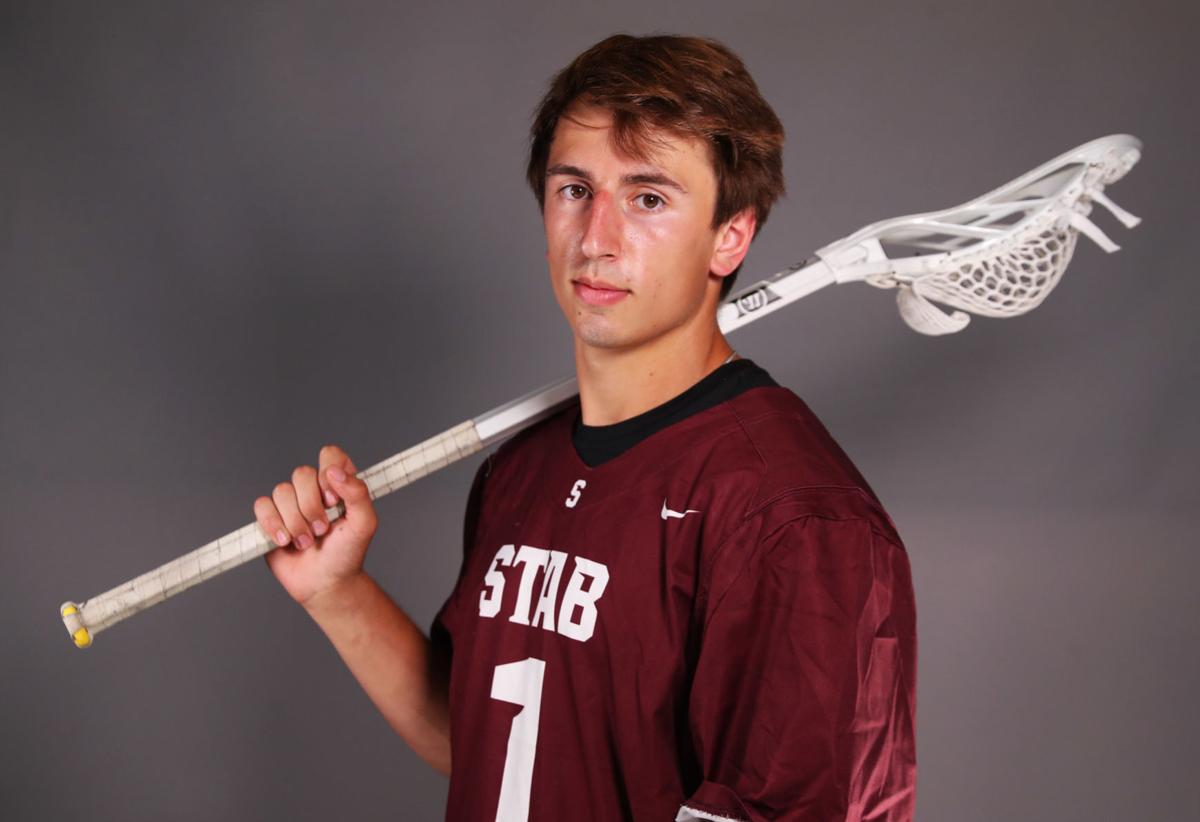 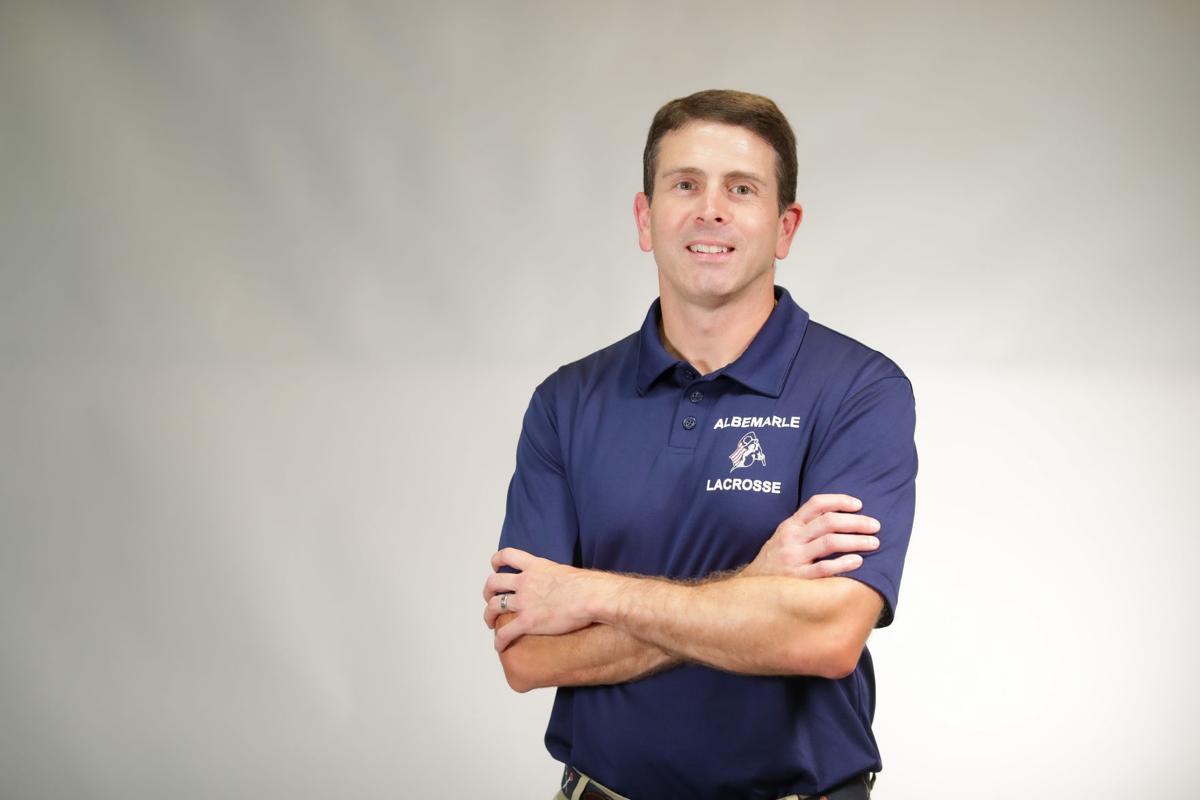 Player of the Year

Shellenberger is one of the top high school lacrosse players in the country. After spending his junior year at The Bullis School in Maryland, he returned to St. Anne’s-Belfield and turned in a monster final season. The senior attack scored a team-high 65 goals and added 35 assists and became just the second player program in school history to score 100 points in a season twice. He was a VISAA first team all-state performer and was an Under Armour All-American. He will play collegiately at Virginia.

Coach of the Year

King guided Albemarle’s boys lacrosse team to a magical season this spring. The Patriots posted a 17-4 record and were one of the top teams in Central Virginia. Albemarle went on to win the Region 5D championship with a 12-6 win over Mountain View before falling to John Champe in the state quarterfinals.

Barger was another high-profile scoring option on the attack for St. Anne’s-Belfield. The senior tallied 59 goals and added 44 assists to form a nice 1-2 punch with Shellenberger. He also picked up 50 ground balls. Barger went on to garner VISAA first team all-state honors and will play collegiately at Notre Dame.

Stalfort was magical with the ball for Western Albemarle. The junior attack was among the team leaders in goals and assists for the Warriors this season as they reached the state tournament.

The senior attack scored a team-high 47 goals and added 47 assists to finish the season with 94 points. He was a VISAA Division II second team all-state performer.

Daniels capped off an exceptional career at Woodberry with an impressive final season. The senior attack was one of the team’s top goal scorers and finished his high school career as the program’s all-time leading scorer.

“Jacko”, as he’s affectionately known to his teammates, had a flair for the dramatic this season. The junior attackman was one of the team’s top scorers, and scored the game-winner in overtime to beat rival Albemarle. He was a Region 4A first-team performer.

Szabo had an impressive final high school campaign at Blue Ridge this spring. The senior midfielder was among the team leaders in goals and assists and guided the Barons to a VIC regular season championship. He was a VISAA Division II second team all-state performer.

The senior midfielder was among the top scoring threats on a Saints’ offense that featured three Division I recruits. He was a VISAA Division I second team all-state performer and will play collegiately at Fairfield.

Scanlon was a scoring machine for Albemarle this spring. The junior had a dynamic shot from the top of circle and could score from anywhere on the field. He tallied a career-high 50 goals and 25 assists for a team-high 75 points. Defensively, he caused 27 turnovers and picked up 45 ground balls to garner VHSL Class 5 first team all-state honors. He also was a U.S. Lacrosse All-American.

Hauser continues to form the foundation of one of the up-and-coming programs in Central Virginia. The junior standout was among the team’s leading scorers and was an all-Region 4A first-team performer.

Wilson was another talented playmaker in the middle of the Warriors' lineup. The junior had a great presence defensively, but could also contribute on the offensive end. He was an all-Region 4A first-team performer.

Lesemann was a versatile two-way performer for the Warriors. The junior was the leader on the defense and was responsible for barking out coverages to his unit to earn Region 4A Player of the Year honors. Offensively, he wasn’t afraid to join the rush and led the Western Albemarle defenders in scoring. He was a VHSL Class 4 first team all-state performer.

Wooten was one of the youngest players to start for Albemarle this spring, but he played like a grizzled veteran. He was the backbone of a much-improved Albemarle defense that help the Patriots reach the state quarterfinals. He was a VHSL Class 5 first team all-state performer.

Harry played quarterback and linebacker for the Saints’ football team last fall. The senior played defense with the same passion this spring as he led St. Anne’s-Belfield in ground balls and turnovers. He was a VISAA Division I second team all-state performer.

Landman was the anchor on the back line for Blue Ridge this spring. The junior excelled at shutting down opposing offenses with his tough, hard-nosed style of play. He was a VISAA Division II second team all-state performer.

Finley was a pleasant surprise defensively for the Eagles this spring. The junior blossomed into a true leader in the back end for Covenant and turned in a terrific season for a young club. He was named VISAA second team all-state performer.

Stalfort was an active goalkeeper that enjoyed engineering scoring chances as much as he liked stopping them. The junior netminder led the team in saves and seemed to play his best in higher profile games. He was a Class 4 second team all-state performer.