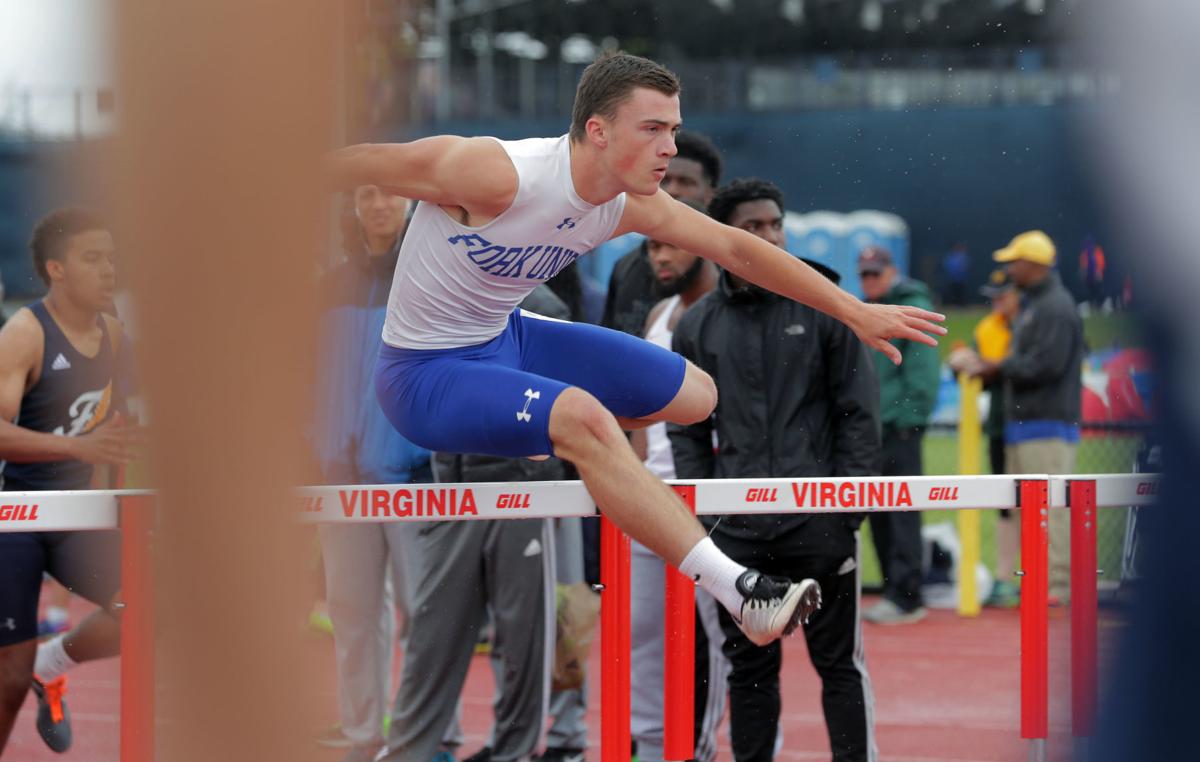 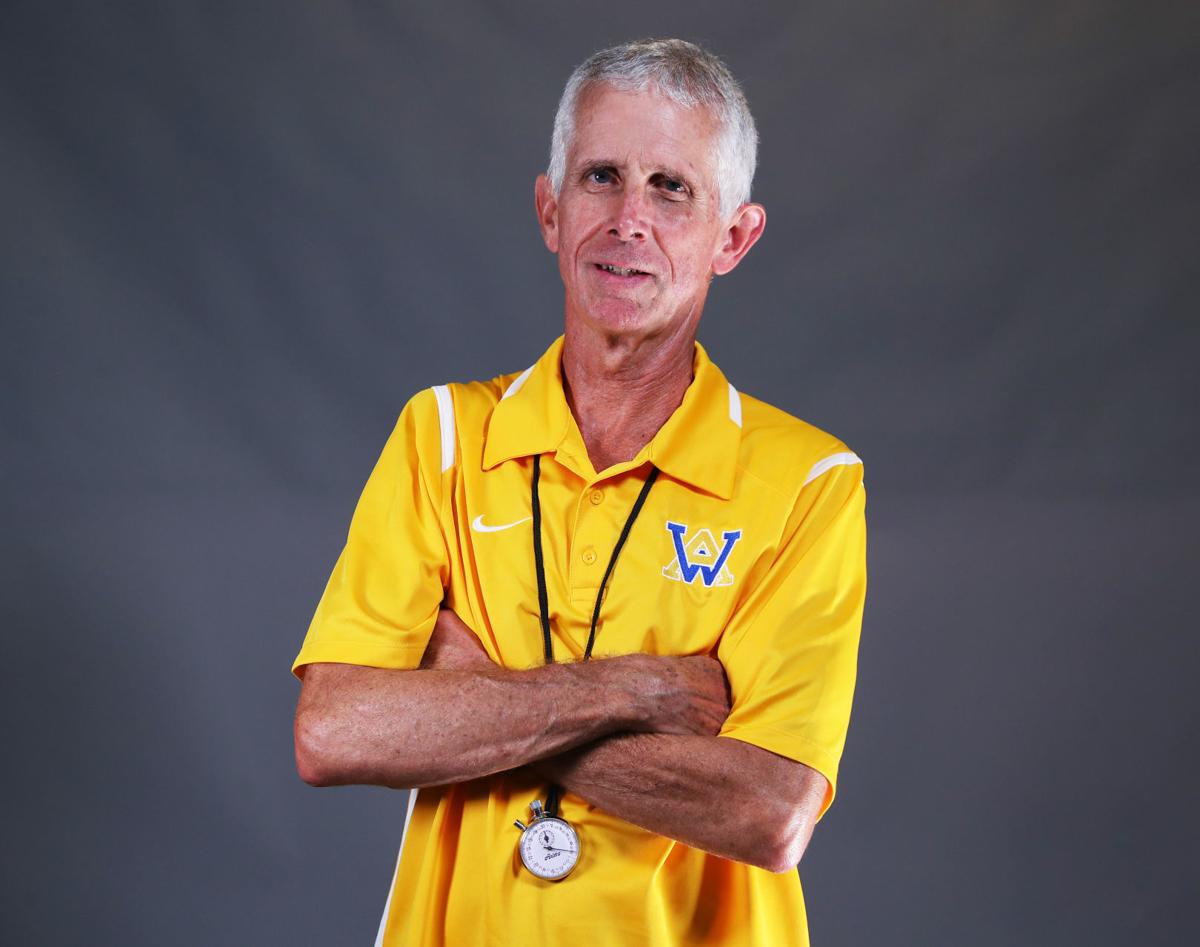 Player of the Year

The senior earned all-state honors in a combined 11 events during indoor and outdoor track seasons. During the VISAA indoor meet, he cleared the high jump bar at 6 feet, 4 inches to win the event. He finished second in the triple jump (46-7) and the pole vault (14-6) before capping the meet with fifth-place effort in the 55-meter hurdles (8.24 seconds) and sixth in the long jump (21-2 ½). He placed in six events at the VISAA outdoor state meet, including a state title in the pole vault (14-0). He garnered runner-up honors in the high jump (6-4) and was third in the long jump (22-0) and triple jump (46-5). Stupalsky closed out the meet with a fourth-place finish in the 300 intermediate hurdles (41.47) and eighth-place effort in the discus (122-6). He will compete collegiately at South Dakota.

Coach of the Year

Bain continues to build on his reputation as one of the elite track and field coaches in Central Virginia. He guided Western Albemarle’s boys to a second-place finish during the Class 3 indoor state track and field championships at Roanoke College in February. The Warriors followed that up with another second-place performance during the state outdoor track championships at Liberty University.

Hawkes capped off his third season at Western Albemarle with another state championship. After taking home medalist honors in cross country, Hawkes claimed the 3,200-meter title (9:28.81) at the Class 3 state track and field championships. He nearly added another title in the 1,600 (421.55), finishing second.

Masse-Pelletier dominated the field events at the VISAA state meet for Woodberry Forest this spring, bringing home two individual state titles. The junior captured gold in the discus with a throw of 171 feet, 4 inches. He followed that up with a victory in the shot-put (50-6). He also won the shot-put (48-1½) during the state indoor meet.

Duncan was a force for Fork Union during the indoor and outdoor season, leading the Blue Devils to state runner-up finishes in both. He captured top honors in the 55 meters (7.80) during the VISAA state indoor meet and went on to place fifth in the long jump (21-6 ½). This spring, he took home runner-up honors in the 110-meter hurdles (14.94) and was third in the 300 intermediate hurdles (41.47). He also finished fifth in the triple jump (44-7).

Reynolds had a strong performance during the VISAA state indoor track meet for Fork Union, earning all-state honors in multiple events. The junior finished third in the 300 (36.95) and fourth in the 55 meters (6.66).

Haywood blossomed into one of the bright young track stars in Central Virginia this year, earning a pair of state titles. The junior captured gold in the long jump (20-7) during the Class 4 indoor track championships in February. This spring, he won the state title in the triple jump (47-0) and finished eighth in the 300 intermediate hurdles (41.17).

Trent captured his first state title for Monticello at the VHSL Class 3 state outdoor meet. Trailing with less than five meters to go, the sophomore dove to the finish line to claim the 400 title. He also finished seventh in the 200 (23.87). During the indoor season, he was fourth in the 300 (36.75).

Mackenzie represented the Patriots well during the track season, earning all-state honors during the indoor and outdoor seasons. The junior finished second in the 3,200 (9:31.27) at the Class 5 state indoor meet. He followed that up with a third-place effort in the 3,200 (9:35.88) at the outdoor meet.

Carter was a busy man during track season, garnering all-state honors in multiple events for Woodberry Forest. The senior was second in the triple jump 46-10 ¼) and fifth in the long jump (21-7½) at the VISAA state meet for the Tigers.

Singleton earned all-state honors in the distance events for Woodberry Forest this track season. During indoor season, the senior was fourth in the 1,000 (2:38.73). He followed that up during outdoor season with a second-place finish in the 1,600 (4:31.04).

Hartzog was a strong presence in the field events for Fluvanna County. The junior finished fourth in the discus (142-7) and seventh in the shot put (46-0 1/4) during the Class 3 outdoor state track meet. He also was third in the shot-put (48-3½) at the state indoor meet.

Reed placed fourth in the 55-meter hurdles (8.18) to lead Fluvanna County during the Class 3 state indoor track meet. The junior added a sixth-place effort in the 110-meter hurdles (16.15) during the state outdoor meet.

Woodson was a versatile performer for Louisa County. He finished third in the pole vault (13-6) and was fourth in the 55-meter hurdles (8.11) for the Lions during the Class 4 state indoor meet.

Pearson took home second-place honors for Western Albemarle in the 300 intermediate hurdles (40.81) at the Class 3 state outdoor track championships. He also finished seventh in the high jump (5-10) at the state indoor meet.

Weikle reached new heights for Western Albemarle by earning all-state honors during the indoor and outdoor seasons. The senior finished second in the pole vault (13-6) at the Class 3 state outdoor meet in Lynchburg. He finished fourth during the same event (12-0) during indoor season.

Carter earned all-state honors for Louisa County during the Class 4 indoor track and field championships at Roanoke College. The senior placed fourth in the high jump (6-0).