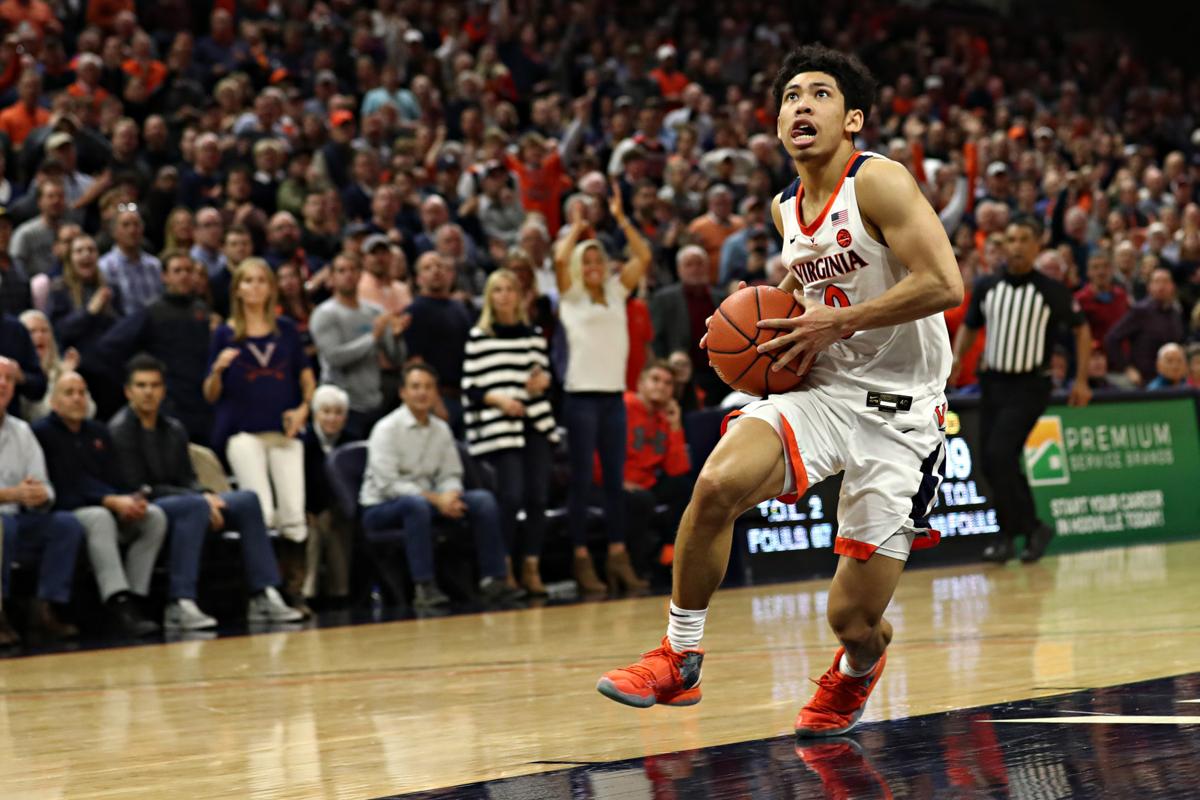 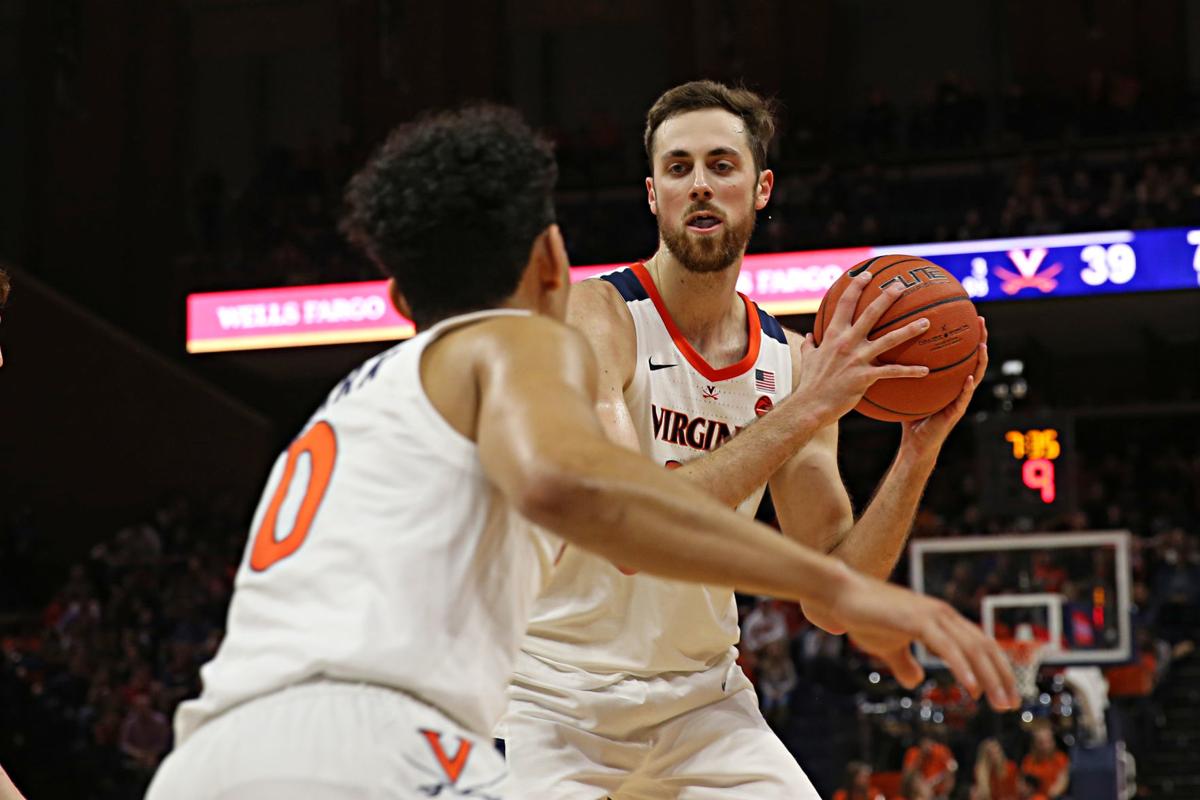 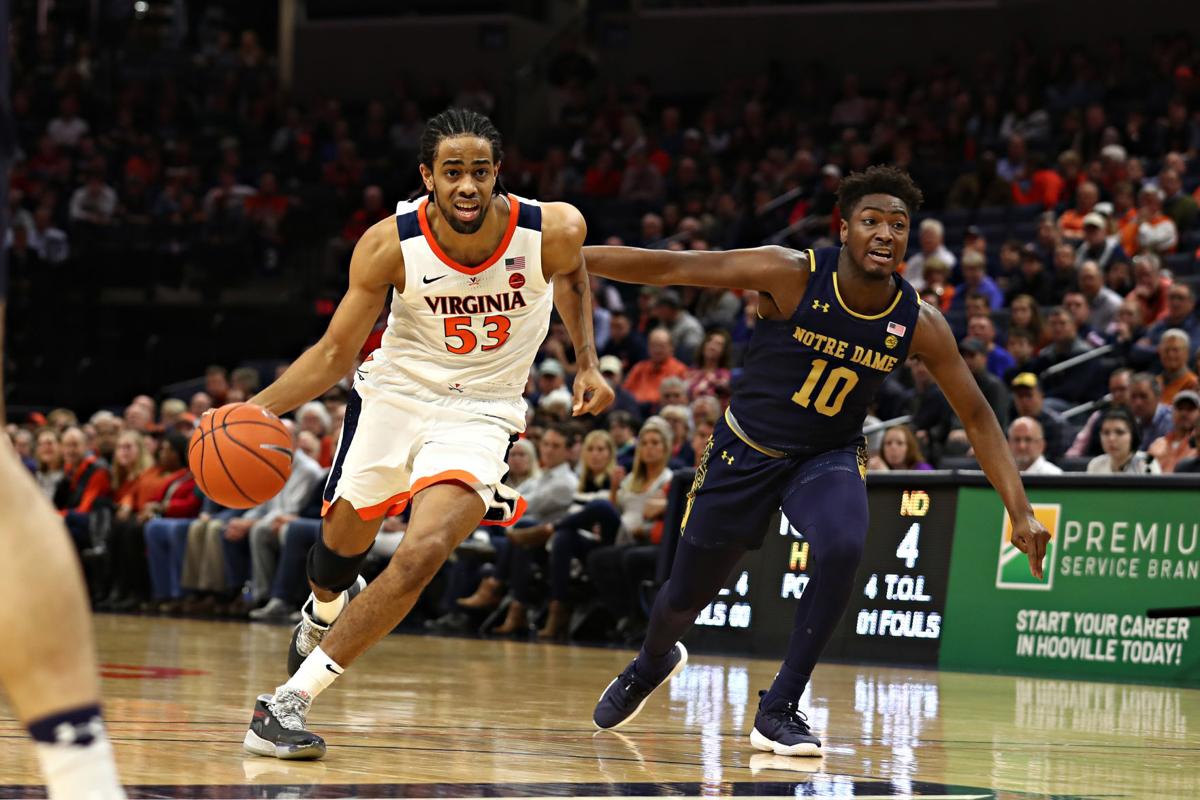 Keeping track of every player on a college basketball team can be a confusing process during the offseason.

With new recruits coming in, players leaving and others in the NBA Draft process, there’s a lot to follow.

For the Virginia men’s basketball program, tracking the players on the roster isn’t too challenging. There are only two seniors departing, but several returning players will take on new roles. Some, like Marquette transfer Sam Hauser, will be allowed to play in games after a redshirt year forced by NCAA transfer rules.

Let’s take a closer look at how UVa’s 2020-21 roster looks and what role each player might fill when Tony Bennett’s group takes the floor.

It’s hard to believe that Clark is only a junior. He won a national championship as a freshman and led the ACC in minutes as a sophomore while earning All-ACC third team honors.

Through two seasons in Charlottesville, the 5-foot-9 point guard has been a steady presence at point guard. As a freshman, he served as a key contributor, but wasn’t asked to be a star with Ty Jerome and Kyle Guy on the roster. As a sophomore, there were growing pains, but Clark played phenomenal basketball toward the end of ACC play.

In what turned out to be the final game of UVa’s season, Clark made a clutch shot to help ice the game against Louisville.

“He made the big shot, and we needed every ounce of it,” Bennett said. “So, I just can’t say enough about what he’s going on inside [his heart], and it’s a great way to finish off the regular season for him and of course the others.”

Clark turned out to be a clutch scorer down the stretch of a few close ACC contests. He also knocked down the game-winner on the road against Virginia Tech.

Clark will be a starter in 2020-21. Luckily for the rising junior, he’ll have enough reinforcements in the backcourt that he likely won’t need to play 37 minutes a game.

The point guard wants to one day be a coach. There are worst places to learn about coaching than at UVa under Bennett.

Earning consistent minutes will be a challenge for Coleman next season, but the rising sophomore does have one season under his belt in UVa’s system. His biggest role will likely be on the practice court.

Beekman should see playing time as a freshman. He has solid size at 6-2, and he does a little bit of everything. He nearly averaged a triple-double his senior year of high school and earned Gatorade Player of the Year honors in Louisiana.

Like Clark, Beekman excels as a scorer, passer and rebounder. Clark is a more developed defender, but Beekman enters college as a more versatile scorer than Clark. Expect Beekman to make an immediate impact if he can pick up UVa’s defensive scheme.

The former JUCO transfer knocked down a team-high 52 3-pointers last season. Despite a few subpar games at the end of the season, Woldetensae played his best basketball against ACC competition. A 27-point effort against Louisville was his best performance of the season.

If Woldetensae’s defense can improve, he’s a solid option to start. Regardless of whether he starts at shooting guard, Woldetensae will play meaningful minutes for the Cavaliers.

A walk-on, Nixon rarely sees the court. The Charlottesville native has played in 19 games over two seasons. He did, however, earn a one-year scholarship last year for his hard work within the program.

Nixon’s role is primarily as a practice player, and he’ll be a good role model for incoming freshmen to follow and learn from.

Morsell shot just 17.6% from 3-point range and only averaged four points per game as a freshman. While the offensive numbers were lackluster, Morsell fit remarkably well into UVa’s defense for a first-year player.

Given his size, athleticism and quickness, it’s impossible to keep Morsell off the floor. The better Morsell’s offense, the more minutes he’ll receive. There’s no doubt Morsell will at least be a part of the rotation next season, especially when the Wahoos go to a smaller lineup.

If the shooting improves, Morsell could challenge Woldetensae for the starting shooting guard position.

McCorkle can shoot. The incoming freshman isn’t just a shooter, however. He’s capable of attacking the rim and finishing with dunks. He’s an athletic player with a smooth jumper.

Finding time as a freshman will be a challenge, given the depth and talent at shooting guard and small forward, but McCorkle is an important part of UVa’s future.

Poindexter could’ve earned a scholarship at the Division I level or opted to play for Division II or Division III schools for more playing time, but the local product wanted to stay in Charlottesville and play for the Wahoos. The former St. Anne’s-Belfield standout accepted a preferred walk-on opportunity with the team.

Don’t expect Poindexter to play much or at all next season, but he’s a solid perimeter defender and a good addition to the practice squad.

UVa fans keep waiting for the Australian to break out. At 6-7, Stattmann’s size and shooting stroke make him a dangerous offensive weapon.

Unfortunately, his smooth stroke didn’t work as well as he hoped last season. He shot just 26.9% from the 3-point line, clearly damaging his confidence on the offensive end. Add in an illness and a concussion early in the season and Stattmann never found a great rhythm in 2019-20.

There’s plenty of potential for Stattmann to earn minutes. There’s also plenty of competition at both shooting guard and small forward. To find consistent minutes next season, Stattmann needs to develop confidence offensively.

Abdur-Rahim is part of that competition on the wing. The newcomer says he’s about 6-7, and he’s a player who can score in a variety of ways.

Hauser might be the best player on UVa’s roster. He’s a dynamic shooter and a gifted scorer. He’s an elite offensive talent, as exhibited by three productive seasons at Marquette.

He used the 2019-20 season to redshirt, meaning he practiced with the team but didn’t play in games. A year to learn Virginia’s offensive and defensive systems while practicing and taking part in strength training should only make Hauser a better player than he was at Marquette.

“I think he has the capability of being an All-American,” Braxton Key said of Hauser in March. “He can score the ball really well.”

Some believe Hauser should be the ACC Preseason Player of the Year. He’s an obvious starter.

A walk-on, Katstra will earn a two-year master’s degree at UVa after graduating in three seasons. He’ll have one more year of eligibility left to play basketball.

It’s unlikely he sees much time on the court, but Katstra knows the system and provides a steady veteran leader on the roster.

Don’t expect anything from Murphy III on the court this season. While the Rice transfer is supremely talented, he’s planning on sitting out due to NCAA transfer rules.

Murphy III wants to add muscle to his 6-8 frame before taking the court in 2021. While he won’t play in games, Murphy III gives UVa a solid scout team weapon. The team used Hauser last season to simulate the best wing player of each opponent, and Murphy III slides into that role in 2020-21.

“He will bring a ton of versatility,” UVa associate head coach Jason Williford said on a media teleconference. “He can shoot the three, put it on the floor.”

When he takes the court in 2021-22, Murphy III could be one of the team’s top scoring threats.

McKoy is a fascinating player. He didn’t play much in 2019-20, but everyone on the coaching staff and team rave about his work ethic.

Multiple players have listed McKoy as a breakout candidate in 2020-21. McKoy could play small forward, but he’s strong enough and athletic enough to fill into the power forward spot nicely, especially if he’s alongside one of UVa’s 7-footers.

“I think people are kind of sleeping on Justin McKoy,” Hauser said. “He’s a really hard worker and puts the time in, puts the effort in.”

Don’t be surprised if McKoy competes for a starting role.

The word used most to describe Shedrick is “raw.” Shedrick possesses plenty of athleticism and talent. Turning that talent into production is the next step for the redshirt freshman.

“He’s got some raw skill, and he’s got to just continue to get stronger,” Williford said.

With a few options in the post and UVa’s ability to slide someone like Hauser to power forward, Shedrick likely won’t see a major role at the start of 2020-21. With four years of eligibility left, the future is bright for Shedrick, and there’s no reason for the Cavaliers to rush along his development.

Huff’s name remains in the NBA Draft pool, but it would come as a shock if he stayed in the draft and decided to forego his final year of collegiate eligibility.

The 7-footer is extremely versatile and can score from inside or outside. Defensively, Huff blocks shot at an impressive rate and swatted 10 shots in a win over Duke. He’s also one of the team’s better rebounders.

Huff played his best basketball at the end of the 2019-20 season. If he maintains that level of performance, Huff could be an All-ACC performer.

Caffaro is a big, physical center who adds strength off the bench. Frequently compared to Jack Salt, Caffaro needs to learn to limit fouls on the defensive end, but he has some solid post moves and rebounds well.

“I think [Caffaro] just needs time on the floor,” Williford said. “If he can get on the floor, stay out of foul trouble. He was like a foul every 10 seconds he was out there.”

Even Williford was willing to crack a joke about Caffaro’s physical play leading to fouls. Expect Caffaro to find minutes in relief of Huff.

The Cavaliers will enter 2020-21 as a top-10 caliber team. UVa features a veteran point guard, an elite wing scorer and one of the best 7-footers in the country. Add in decent shooting at guard, three gifted freshmen and depth in the post and UVa has the potential to defend its national title.