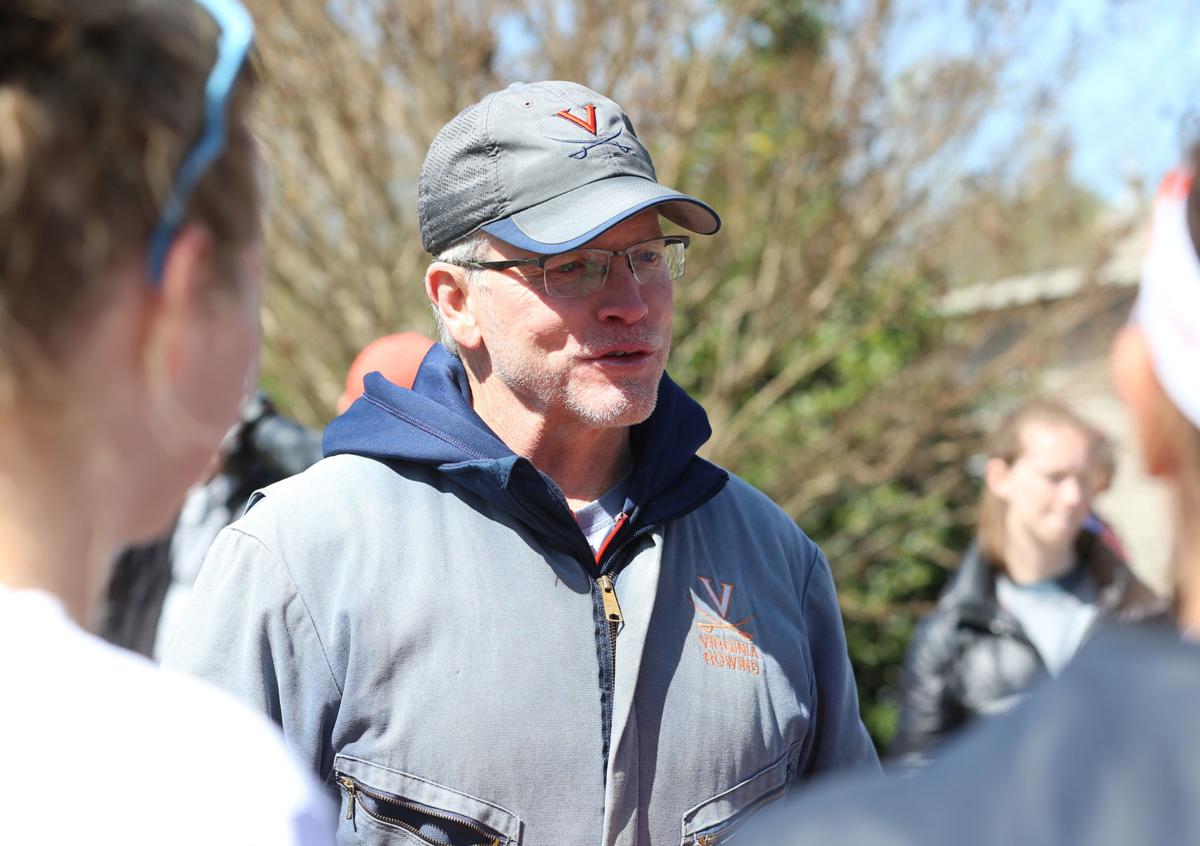 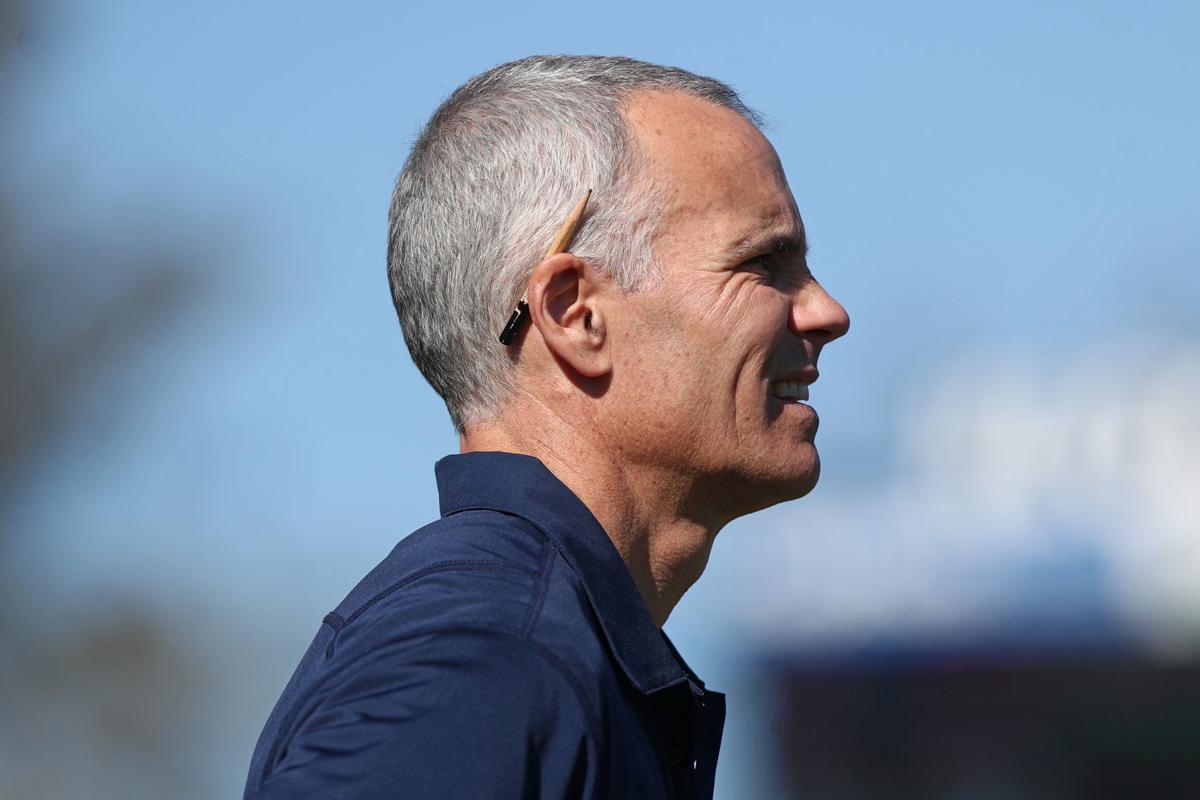 Virginia head coach Lars Tiffany looks on during a game against Princeton at Klöckner Stadium. 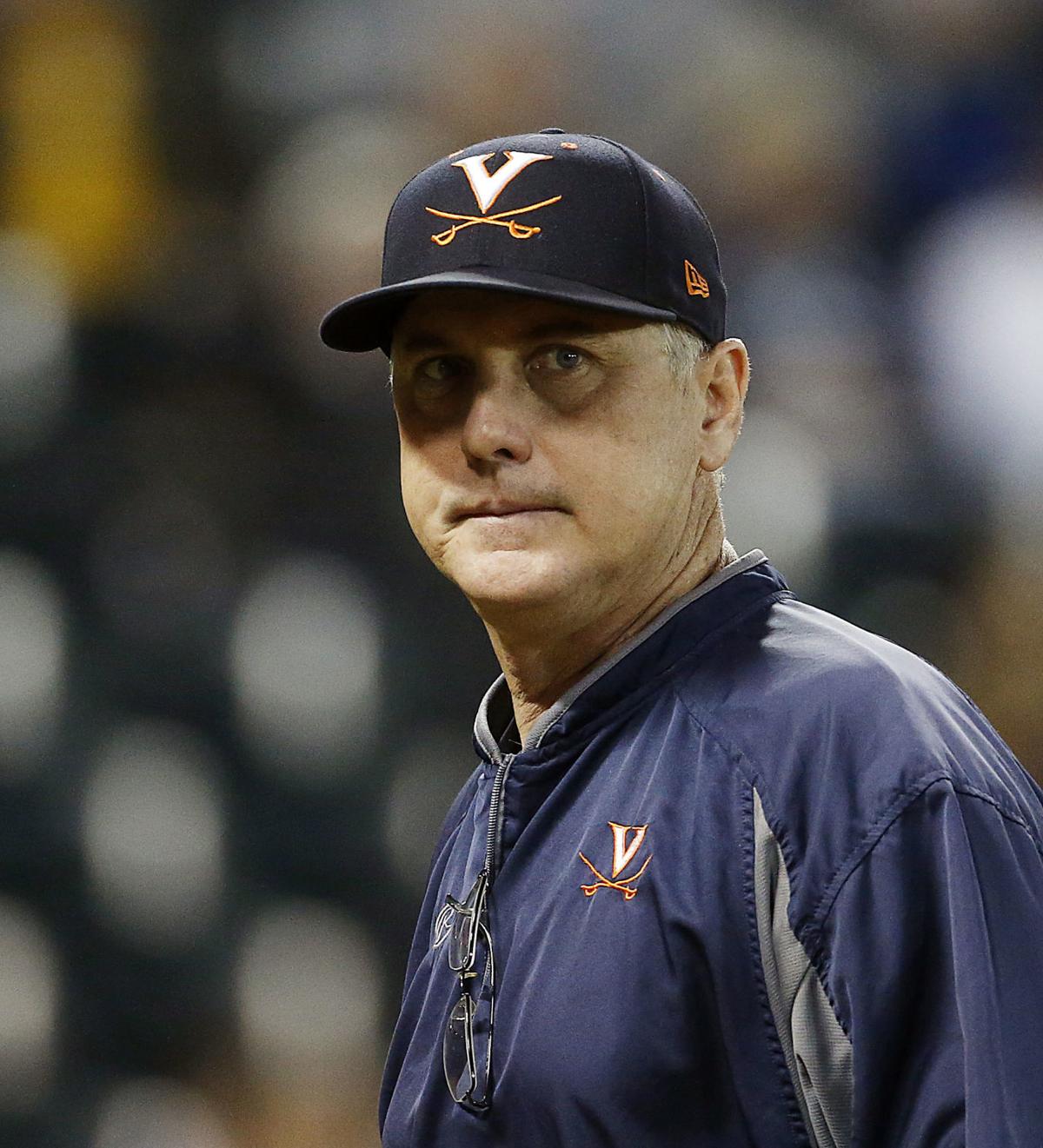 The NCAA canceled all winter and spring championships Thursday as a reaction to the spread of the coronavirus.

At the time, many believed their careers were over. Recent announcements by the NCAA ensure that not all careers of senior student-athletes will end. Spring sports athletes will receive eligibility relief. Regardless, it was a jarring announcement for many.

UVa coaches, upon learning the announcement, had to react to the news and then support their student-athletes.

Tiffany anticipated the ACC’s news Thursday morning, expecting potential postponements and cancellations. In advance of learning the season may end, Tiffany gathered his guys who were about to go through their scouting report of Maryland and went off script.

“We’re starting to hear from across the country that things are being suspended, but we hadn’t heard it yet for the ACC and the University of Virginia,” Tiffany said. “So I walk in from this locker room and say, ‘Fellas, forget the Maryland scouting report, grab your equipment. Let’s get out there and practice before they shut us down.’ And the guys are like ‘Yeah! Let’s go!’ So we went out and had the most spirited, intense intersquad scrimmage that I’ve ever been a part of.”

UVa split into two teams, which were drafted by the assistant coaches, and scrimmaged under the assumption it would be the last time the team played during the 2020 season.

The reigning national champs went on to compete in a competitive scrimmage, with one squad winning 17-16 in overtime. As the scrimmage kept going on, Tiffany asked people checking information online about the status of the ACC and the NCAA.

“When the scrimmage, the practice, ends at 3 and there’s still no word, I started to get a little nervous,” Tiffany laughed. “Like, what we just did is not the best way to prepare for Maryland on Saturday. Like, we beat each other up. We’re gonna go in limping into this game on Saturday if we’re really playing his thing.”

Still, Tiffany pushed on with his hunch that play was going to be suspended.

“‘I said, ‘Alright, fellas, let’s go lift,’” Tiffany recalled. “We still have time, you know, we haven’t been shut down yet. And so we went and lifted and during the lift is when we found out about the suspension of the ACC spring sport play.”

The team headed to the locker room, and Tiffany had the team break into small groups to discuss their reactions to the news. He wanted them to think of every question they could, so he could best provide information and help everyone feel at ease.

In the locker room, they learned of the NCAA’s cancellation of all spring sports championships.

“That was a shock,” Tiffany said. “That was when we were all floored because we went from a few hours earlier thinking, we might still be playing Maryland in a couple days, to all of a sudden, wow, this is over. You guys are being asked to go home.”

The head coach of the reigning national champions is constantly upbeat and seems to always know the right thing to say.

In this case, he stood in front of his team for 10 seconds, speechless.

“I said, ‘Fellas, I’m rattled right now. I’m not sure I’ve got answers for you right now,’” Tiffany said. “And so we were just in that first stage of shock.”

Eventually, the Cavaliers started to talk more, and Tiffany told his team that he wanted to help any way he could. He also emphasized that while lacrosse games were not on the table, classes were resuming online in a week.

Tiffany stressed the team’s impressive and improved GPA in recent seasons, and he implored his players to stick to their academic goals.

“Those are my first two messages,” Tiffany said. “How can I help? And then, ‘Hey, don’t slack off academically here.’”

Virginia expected to play its first true road series of the season starting Friday against Pittsburgh. On their way to Pittsburgh, the Cavaliers stopped for lunch. UVa athletic director Carla Williams told baseball head coach Brian O’Connor to stop longer, as it seemed like the series with Pitt would be postponed.

The Cavaliers made a pit stop at a mall in Hagerstown, Maryland. O’Connor did some shopping, buying hand sanitizer.

“The problem with the hand sanitizer — when I bought it, I didn’t realize it until I got in the bus and offered it to some of our staff members — every bottle I bought has glitter in it,” O’Connor smiled.

During his shopping spree, O’Connor was flustered by the line and ended up quickly grabbing the hand sanitizer without realizing it had glitter in it.

“I called my wife and I said, ‘Hey, I’m walking around the mall and I’m at Bath & Body [Works] and they actually have hand sanitizer would you like me to grab some?’” O’Connor said. “And she says ‘Yes, absolutely, as long as it’s above 60% alcohol,’ which I didn’t realize any of that, right? She’s the nurse and so I stocked up and just, you know, kind of grabbed it. There was a mad rush.”

After a stressful experience, O’Connor made time to unwind. He used a mall massage chair.

“I kept feeding dollars into it,” O’Connor recounted. “I’m strongly considering purchasing one of those for the office. Those things are amazing.”

In a matter of hours, UVa’s baseball season was finished.

“I addressed our team when we got back on the bus,” O’Connor said. “We talked in our locker room, I told them what I knew at that point in time, which wasn’t a whole lot. And it was a really, really very, very emotional locker room. You know, when you have kids that have poured their hearts and souls into what they do and being the best baseball player they can be and making the best team they can have and for it to come to an abrupt end is tough.”

O’Connor did his best to support his players, who just saw their seasons come to an abrupt conclusion.

“I just told them first and foremost that my heart is broken for them,” O’Connor said.

The Cavaliers met Friday for a brief team meeting, and O’Connor said he would work with any player who needed to stay in the area for safety and health reasons.

Sauer shared that his team was shocked and disappointed as the news about the ACC and the NCAA broke. Understandably, athletes were devastated.

The team’s juniors then planned an impromptu Senior Day for the squad’s nine seniors.

The rowing team put together a moment to remember for seniors who were saddened upon hearing the news. It’s tough news to handle, but Sauer emphasized seeing the bigger picture makes the pain easier to bear.

Garland and the Cavaliers were set to head to the NCAA championships soon, and they had an off day Thursday. That setup made the news even more complicated and challenging to share for the head coach.

“It kind of made it worse,” Garland said. “We weren’t together.”

“By the time I walked into the locker room it was already a pretty rough scene,” Garland said. “The first guy I saw was Jack Mueller and of course he’s a senior and his eligibility is up. He’s been ranked in the top 2 the entire season. He was just really in a rough spot emotionally. That was tough. Then I walked in, the next guy I saw was Jay Aiello, who has been ranked in the top 7 the whole year and was a national title contender. So you’ve got two national title contenders right there who just got their heart ripped out. And then it just started going downhill from there.”

The head coach didn’t deliver a long, emotional speech. He didn’t share a pep talk or try to say things to cheer up the guys.

UVa’s head coach sat with his team and empathized.

“Sometimes people feel that they need to say something and then when they do that they say things the wrong way at the wrong time, so it actually makes things worse,” Garland said. “So what I did with my guys yesterday was, I just got in the pit with them and just struggled with them. When someone’s suffering, sometimes it’s good just to get beside them and not say anything and just hurt with them.”

After hurting with his team, Garland issued a cautionary reminder to his guys.

Virginia wrestling lost its opportunity to compete in the NCAA championships. The pain was real and raw, and Garland sat with his players to help them mourn.

He also didn’t want them to pout, and he knows better days lie ahead.

"Addressing an Abrupt End: How four UVa head coaches dealt with championships cancellations" was a wonderful description of how these coaches are helping their teams through this shockingly disruptive time.